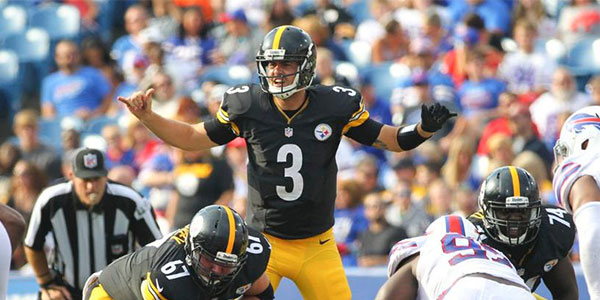 Not only did I defend Landry Jones in an article written here a couple of weeks ago, I’m now writing my second such article, defending a player I once felt should’ve been cut from the team.

Call me crazy, but I feel a lot (A LOT) of the heat placed on Landry is unfounded and undeserved. It’s as if some fans expect Jones to be Big Ben. That expectation is unfair, as they are two different styles of players, much how Michael Vick is not the same player Ben Roethlisberger is either! I also feel a lot of the opinions stem from Landry’s first couple preseasons, where he was indeed abysmal.

That player has seemingly vanished.

This preseason, Jones has shown progress from a player who once looked mightily lost at the NFL level of playing quarterback, to one who is improving each week. It has been two weeks since I wrote my defense of Jones, and since then, with two additional games, he’s done quite well for himself.

While I’m still ecstatic the team signed Vick as insurance for Ben, I still feel Jones has potential and will make the 53-man final roster. Without sounding like a broken record, you can read my thoughts about Landry’s first 2 preseason games and compare with the rest here: in short, receivers dropped passes and he limited his mistakes. Among those “mistakes” were tipped/dropped passes: one by Jesse James which was statistically ruled an interception.

Since then, Jones volume of passes has gone down, due to Bruce Gradkowski and Michael Vick getting playing time. Drops by the wideouts are still an issue, as is the occasional overthrow, but as the games progress, Jones completion rate has too, with 52.6% and 58.3% against the Packers and Bills respectively. This has also helped number 3’s quarterback rating, which has soared to 96.8 and 105.2 in those 2 weeks as well, with 3 of his 4 preseason touchdowns also coming in these latter two games.

By comparison, New England’s Jimmy Garoppolo has posted ratings of 65.8, 98.1, and 116.3 while running with the Patriot’s first team in anticipation of the quarterback starting in place of Tom Brady. Would Jones’ numbers be even better with the Pittsburgh starters?

Simply put, Landry Jones is delivering. He lead a game-winning drive against the Packers a week earlier, and while the offense had stalled against Buffalo this past Saturday, Jones had in fact answered a Buffalo score with a two back-to-back decisive throws. On a 3rd-and-8 in the 2nd quarter, Jones rifled a pass to WR Shakim Phillips for a 16 yard gain and a first down. On the very next play, Jones connected with the seemingly uncoverable Martavis Bryant for a 39 yard touchdown.

Jones’ 3rd pass in this game would be a 2-point conversion to Sammie Coates, yet another player Jones was “accused” of overthrowing weeks earlier. While you cannot expect a quarterback to complete every single pass, I feel Jones is looking much sharper in the pocket. He is still the victim of easy drops (such as Josh Harris‘ dropped screen in the same quarter.) Another pass in the 3rd quarter was tipped at the line of scrimmage by a Bills defensive lineman. Other incomplete passes were due to good coverage.

Without beating a dead horse, it appears Landry Jones is doing everything that is asked of him, while minimizing mistakes. Drops, tips and otherwise good coverage are all components of the game that even Ben Roethlisberger must handle on a game-to-game basis. While I still feel there’s a lot of room for growth with the often maligned QB, I feel he has made great strides to justify his spot as the 3rd quarterback, and position on the final 53-man regular season roster.