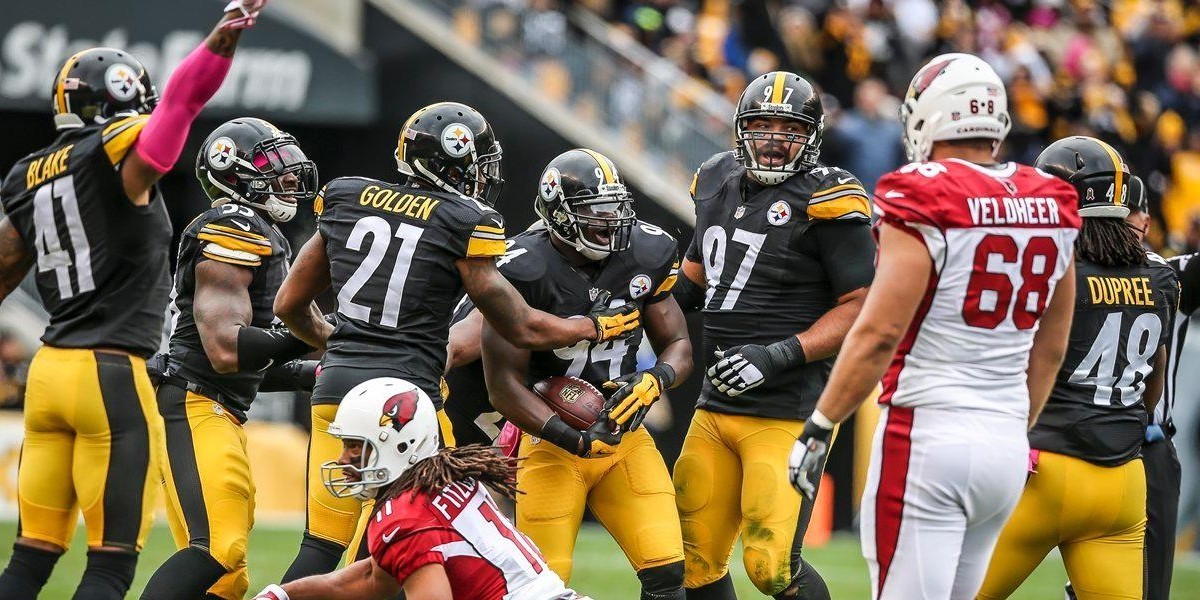 For years, I got tired of hearing Warren Sapp run his yapper about how the Steelers defense was “old and slow.” It frustrated me, because the front office was investing in younger players, despite the general media’s (incorrect) depiction of the defense’s age.

A more appropriate remark would’ve been how the defense regressed. Sure, there were old players who left the team in waves such as Aaron Smith, Casey Hampton, James Farrior, Larry Foote, and Ryan Clark.

The Steelers also spent a year without aging former defensive MVP James Harrison, who at that time was in decline, and was set to retire after his lone season away from the Steel City.

And who could forget one of the more controversial decisions, saying goodbye to Dick LeBeau.

The architect of many great Steeler defenses, LeBeau was the identity of the Steelers defense, manning the sidelines from 1992-1996 and again from 2004-2014. He is widely regarded as one of the greatest defensive coaches of all time, and is credited with creating the zone blitz. LeBeau helped the Steelers lead the league in rushing defense, total defense, and sacks during his tenure, but everything started to fall apart in recent years.

The Steelers were struggling to replace players who had left in previous years, and would now have to replace a hall-of-fame coach, a future hall-of-famer in Polamalu and other cornerstones of the defense. Recent attempts to replaced the departed players contributed to further defensive woes with players who didn’t pan out (Ziggy Hood,) got burned out (LaMarr Woodley, Jason Worilds) or couldn’t be retained via free agency (Keenan Lewis.)

Needless to say, everyone was less than optimistic about the future of the Steelers defense. Heading into the season, it was believed that the offense had taken the torch as the identity of the team. With personnel capable of scoring 30+ points per game, it was believed they would need to in order to make up for a leaky defense.

To make things even shakier, the team would finally give the defensive job to former linebackers coach Keith Butler. Butler was long considered the heir apparent to LeBeau and had been looked at by other teams to become their defensive coach, but stuck with the Steelers promise of a future job once LeBeau retired. Could LeBeau’s understudy be successful as a first-time NFL coordinator?

Then there were the drafts. The Steelers invested in several top draft picks which had yet to pay off.

First round picks Jarvis Jones and Ryan Shazier barely saw the field due to injuries, and 2015’s first round pick, Bud Dupree, would be an inexperienced rookie, instantly dismissed as being able to make an immediate impact. The once great James Harrison was lured out of retirement as an emergency fill-in and had to be retained due to uncertainty at the OLB position.

The ILB position appeared to be deeper, with Pro Bowler Lawrence Timmons manning one spot, but a rotation of the Shazier, Vince Williams and Sean Spence operating next to him. Williams was a former former 6th round pick and Spence had missed 2 full years of football with a gruesome knee injury, essentially still playing catch-up with his career.

On the defensive line, Cam Heyward, who was also once considered a bust, had solidified one end, and Keisel vacated his end to last year’s 2nd round pick Stephon Tuitt, who was largely unproven going into 2015. Behind them lied a questionable free agent signing in Cam Thomas, 2015 6th round pick Leterrius Walton and nose tackles Steve McLendon (undrafted, in his 6th season) and Daniel McCullers (another 6th round pick, now in his 2nd season.)

With questionable players abound the front seven, the jury was all but certain pass rushing would be an issue, which was a huge problem, because the secondary was already made up with a band of castoffs and potentially bad signings, which was not a good sign in a pass-happy league.

William Gay had left the Steelers for the Cardinals and returned. Antwon Blake, discarded by the Jaguars in 2013, had made one start in 2 seasons. Cortez Allen, who signed a large 4-year contract to open last season, was essentially benched after being one of the worst rated corners in the league. 2014’s prize signing, S Mike Mitchell, did not live up to expectations either. Opposite Mitchell, Will Allen was resigned, but too was discarded by both Pittsburgh and Dallas, before he came back around to compete for Polamalu’s spot with 2013 4th round draft pick, Shamarko Thomas.

The front office all but publicly acknowledged the weaknesses in the secondary, and attempted to patch it through several moves, first by drafting corners Senquez Golson and Doran Grant, then trading for the Eagle’s Brandon Boykin and claiming former Buffalo Bill Ross Cockrell off waivers.

The moves appeared to put some type of winning formula on the field, but it was anyone’s guess how it would turn out.

Cortez was looking for a rebound, but hasn’t yet.

Boykin was primed to be an every-down starter and asn’t seen any significant playing time.

Shamarko was the heir to Troy, but looked subpar in the preseason and dropped to 3rd on the depth chart behind Will Allen and special teams standout Robert Golden.

Golson went on IR with a season-ending shoulder injury and Grant couldn’t make the 53-man roster.

Then, a few games into the season, the injury bug hit Shazier, Will Allen, Cortez Allen and Jarvis Jones. Golden, who rarely saw regular reps was now the new Troy. Ross Cockrell, a second-year player who wasn’t even with the team during training camp, was a starting corner along with Blake. Spence and Williams would have to step in for Shazier.

The defense was about to be worse than ever expected. There continued to be so much uncertainty to the point it was all but certain the Steelers would be relegated to the basement when Ben Roethlisberger was injured in the team’s 3rd game.

But the defense has not only been above the line with their play, but has improved.

A unit which continues to give up gobs of yards, the Steelers defense has otherwise held teams from scoring, put pressure on the quarterback and created turnovers. The term I see tossed around is bend but not break. That’s accurate, as this unit should’ve folded like a house of cards: instead it’s looking more and more like it’s forged in steel each week that they play.

In 6 games, 4 opponents were held to 20 or less points. The unit is now 5th in the league in scoring defense, allowing 108 total points or 18 per game.

Most impressive, is that the D has held 2 of the NFL’s top offenses to their lowest totals of the season so far. The Arizona Cardinals, who were averaging 38 points per game, were relegated to a meager 13 points. Equally mindblowing, the Steelers are the only unit to have held the New England Patriots to less than 30 points, at a total of 28, the Pats’ lowest output of the season. (With Arizona struggling last weekend, the Patriots also passed them and are now the league’s top scoring offense, averaging 36.6 points per game.)

The one disappointment, the only other team to score more than 20 on Pittsburgh are the 1-5 Baltimore Ravens. This was by virtue of a pair of scores (a game-tying and a game-winning field goal) which came at the end of regulation and in overtime: essentially an extra quarter of football elevated the Ravens over the 20 point mark.

The 2015 squad is already halfway toward that total with 17 sacks… and we’re not halfway through the season. Stephon Tuitt leads the team with 3.5 sacks and rookie Dupree has 3. In fact, all of the starting linebackers have at least one sack, including Dupree, Harrison, Spence, Shazier, Jones, Timmons and Arthur Moats. Opposite Tuitt, Cam Heyward also has 2.

The defense is also leading the charge with 4 fumble recoveries and 5 interceptions. The are also on pace to pass the latter number, as Steelers accounted for only 11 picks in 2014 and 10 in 2013. Of particular note, is the play of Mike Mitchell, who finally looks like he’s worth his contract and Ross Cockrell, who is likely making Rex Ryan feel silly for cutting him.

Overall, the defense, and especially Keith Butler, should be commended for leading the team to a 2-1 record without Big Ben. (Imagine if they had a kicker, and beat Baltimore too: they would be 3-0 without Roethlisberger, which is unimaginable.)

The unit has taken the team on it’s shoulders and proven that not only are the players in place capable of contending with any team in the league, but when the team returns to full health, they may be in contention for a Lombardi trophy.