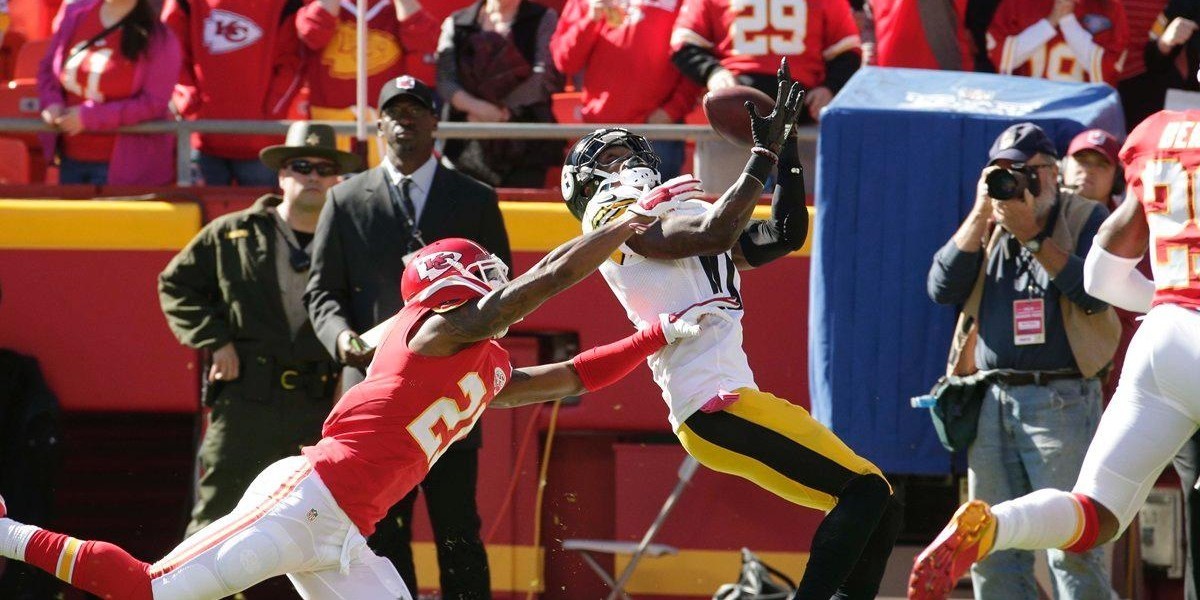 The title of my weekly reflection could apply to anyone and everyone this week. There was enough good, bad and ugly from all of the Steelers’ units to provide insight into this loss, which in my opinion, was a team loss.

The good was seeing Antonio Brown and Martavis Bryant contribute in ways consistent with how they played when Ben Roethlisberger lead the offense. However, even with Big Ben, I would argue this game may have still ended up as a disappointment. Sunday’s game reminded me a lot of roads games against 2 woeful teams last season: the Jacksonville Jaguars and New York Jets: in one of those games the Steelers won, and in the other, they had lost.

Jacksonville had entered that game 0-4, as the then 2-2 Steelers and their offense, failed to generate any points most of the game. Ben Roethlisberger had fumbled the ball in the redzone, and if not for a Brice McCain pick six, a victory was in jeopardy. The defense had bailed out the team much like they had in San Diego a few weeks ago.

Similarly, a 6-3 Pittsburgh team entered MetLife Stadium to face a 1-8 Jets squad that was on an 8 game losing streak. In that game, the Steelers turned the ball over 4 times in a losing effort (including 2 Ben Roethlisberger interceptions.)

The reason I point both of these games, is that even with Ben playing, the difference between a win or loss was winning the turnover battle. Needless to say, when playing another team stocked with professional football players, you must limit your mistakes or risk defeating yourself. On Sunday, the Steelers did just that.

The biggest of the mistakes was turning the -3 turnover ratio which handcuffed the Steelers fate, as they were unable to phase Alex Smith and the Kansas City team into making mistakes of their own. Even when the Chiefs were pinned backward by snuffed out plays or penalties, the Steelers allowed them to execute big plays which kept their drives alive. The big play potential of the defense was sorely missed from the week before.

Still, there was some positive, as the unit was able to bend and not break for most of the afternoon, forcing KC to settle for field goals and keeping Pittsburgh in the game.

Also in the positive column, Landry Jones didn’t play half as bad as many would’ve thought. When given the opportunity, he made several plays, including finding Antonio Brown on a downfield completion and Martavis Bryant on an endzone fade route which resulted in a touchdown. He made the offense function better than Michael Vick has in previous game, but wasn’t entirely infallible, being involved in all 3 of the team’s turnovers..

Of those 3, Jones owns one of the interceptions he threw in the game, but should not be blamed for the other turnovers. Trying to execute a similar play used against the Cardinals, Jones failed to connect with Bryant on a cross route where Chiefs’ LB Derrick Johnson made a great play on the ball.

The second interception was thrown directly at Antonio Brown, who rarely drops anything tossed his way. This time, however, luck would be against Jones and Brown, as AB bobbled and tipped the ball into the air for Chiefs Eric Berry to scoop up before it hit the grass. (Hardly Jones’ fault.)

The 3rd turnover was one I feared could happen with the losses along the offensive line. In the game 7 preview, I noted Alejandro Villanueva would have to have a strong game; at times, AV was hardly noticed, but for the Steelers final offensive play, he allowed Tamba Hali to blast Landry Jones from the blind side, forcing a fumble that would be recovered by the Chiefs and end any chance of a Pittsburgh comeback.

While the turnovers were heart-breakers, the “bend but don’t break” defense finally broke, allowing a bottom redzone offense to convert the Steelers 2nd interception into points, by relinquishing a touchdown. While the Steelers offense would answer with a score of their own, the defense again broke, even worse this time. With a chance to get off the field on 3rd and 4, Alex Smith connected with Travis Kelce for 26 yards, and on the very next play, Charcandrick West scampered for a 36 yard gain.

It was all but over after that series, but the it should be noted the Steelers failed with several other opportunities to change the momentum in this game, namely a 3rd and 2 from the KC 6, where DeAngelo Williams dropped a sure first down, if not a walk-in TD.

The coaching staff also draws criticism for using Williams on a 4th and 1 on the very next drive, one they would not convert, when Williams was stuffed for no gain. Le’Veon Bell had gashed the Chiefs for runs of 6, 7, 2, 4 and 3 yards on five straight running plays leading to this down, but was taken to the sideline on this play. The argument I could see is, Williams previously converted a 4th and 1 on drive before, plowing ahead for 3 yards. Perhaps the coaches felt it was time to call his number, thinking he could do the same. Was it the right call? (Hindsight is 20/20 as they say.)

Finally, the turnovers also factored into the field position game, which had been something the defense had in their favor in prior contests. Punter Jordan Berry only punted twice out of 10 Steeler possessions. Counting the turnover on downs at the KC 32, the Steelers also relinquished the ball at their own 40 (interception #1) and KC’s 47 twice: on the 2nd interception and Jones’ fumble. This repeatedly gave the Chiefs half a field to work with, which is never a good position for your defense to be in.

The consensus is to downplay this loss, which I am okay with. This was a game the team lost in as a unit. No one player would’ve made a bigger difference, even if that player is your franchise QB, as illustrated by my comments about the Jags and Jets games last season. However, getting Big Ben back on the field also won’t hurt, provided the rest of the team is ready to roll.

Having gone 2-2 during Ben’s absence is an achievement that shouldn’t be overlooked, as it places the team in the same position as they were in after 7 games last season, heading into a 3 game home stand and a bye week, which should help them more than it could hurt.