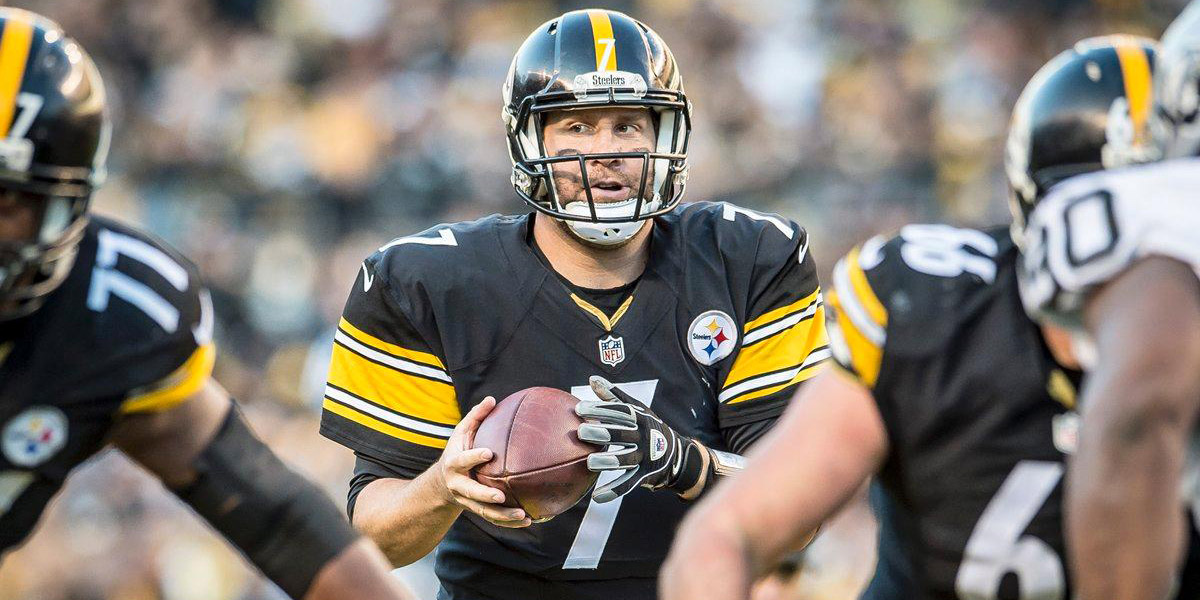 Ben’s Sunday Status Up In The Air

On his Tuesday radio show, QB Ben Roethlisberger stated that he wasn’t “ruling himself out.” Ben said that decision would be up to the coaches, but as for early Saturday morning, Roethlisberger’s status is still up in the air.

The news was bleak coming out of Sunday’s game against the Raiders, where multiple reports feared the worse, as the QB left the 4th quarter with an apparent foot injury. As the week progressed, Roethlisberger’s fortune improved, as it was first determined he did not have any severe injury: the news was the best possible, and the QB was out of a walking boot within days.

Big Ben was limited in practice Friday, and the general consensus is that the coaching staff may play it safe against the Browns on Sunday, and opt for Landry Jones at quarterback. Doing so would give Ben an additional week of rest, as the Steelers head into a bye for week 11.