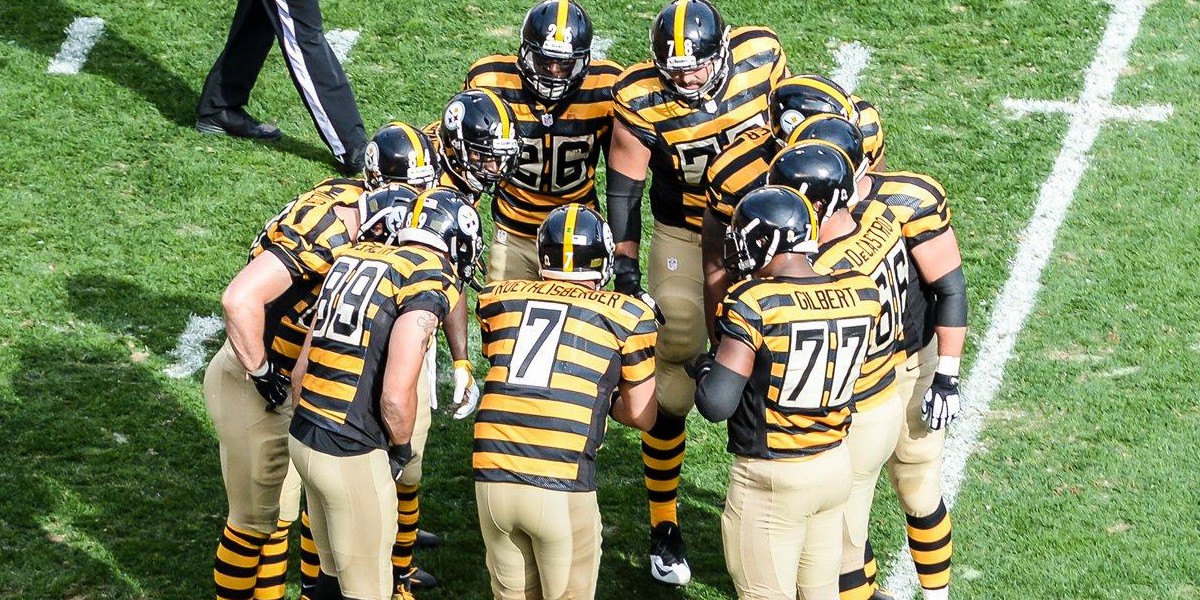 Color Rush Jerseys For The Steelers?

As part of a new promotion with the NFL, Nike introduced a new series of “Color Rush” jerseys on Thursday night, which will be the first of four Thursday night games to feature them.

Starting with the Bills and Jets, fans saw two teams which appeared to be ahead of the Christmas schedule like the retail shopping season. The Bills were clad in all red. The Jets were adorned entirely in green.

And the uniforms looked bright and terrible.

But personal preferences aside, someone in marketing failed to do their research, something I too thought of right away:

8 percent of men, about 13 million Americans, are colorblind, usually red/green. This is torture to us.#BUFvsNYJ pic.twitter.com/N36qxNfntg

I too suffer from partial colorblindness. When the camera was zoomed in tight, I had no trouble with watching the game. But when it panned out for the action, it looked a lot like this:

Luckily, the Pittsburgh Steelers are not scheduled to wear any Color Rush uniforms this season, but the Steelers are not without their own controversial jerseys: the “bumblebee” 1934 throwback jerseys. Those uniforms were worn once this season (against the Bengals) and are not planned for use again this season.

However, aside from the Bills and Jets, six more NFL clubs will sport the Color Rush branding in the coming weeks:

Here’s to hoping this is a one-and-done experiment, and that the Steelers won’t get “color rushed” onto the field in bright yellow threads next season.