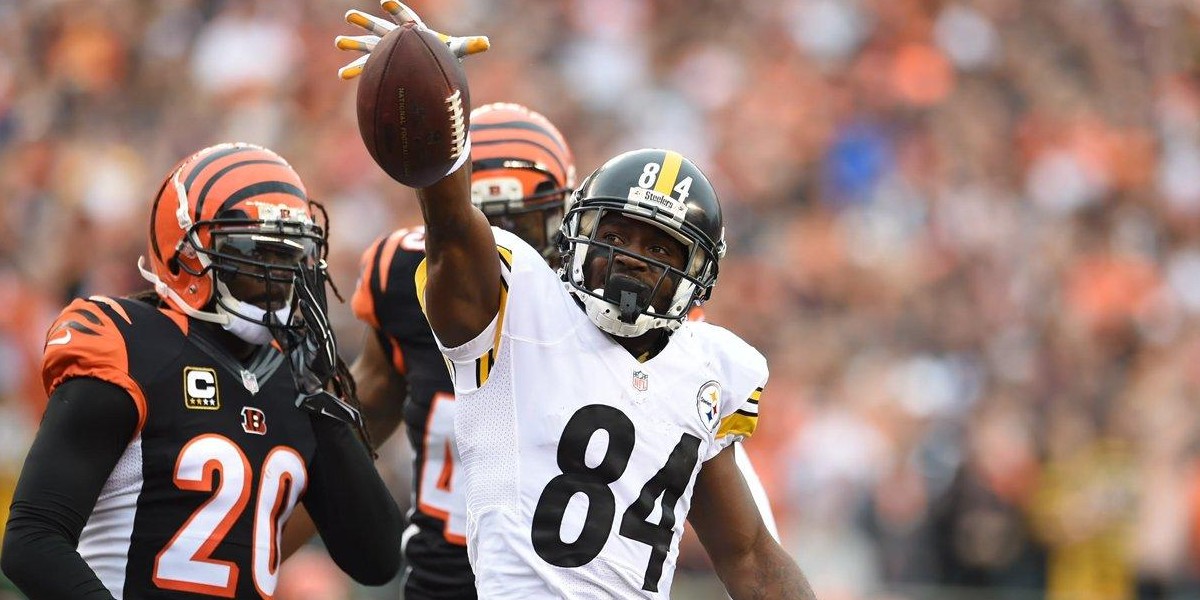 I’m not going to hide that I liked the outcome of the game, because I did… but sometimes I also feel like it’s the “National Fixed League” too.

If I really felt that way a week earlier against the Seahawks, then I guess the blow is softened in that the Steelers won this game. A number of calls and no-calls truly marred my enjoyment of this game and is the “ugly” portion of this week’s review:

What else can be said about this play, in which Antonio Brown was flagged for something that appeared to be the victim?

Yet again this week, Martavis Bryant beats a defender and gets mauled trying to bring in a ball. Actually, it happened twice. The first play was a deep pass into the endzone where Bryant couldn’t get his second hand up to receive the ball (because it was pinned down by the Bengals defender.) The second play was actually a facemask, where Bryant’s head was twisted sideways before Reggie Nelson intercepted the ball.

Neither play was acceptable.

William Gay, you overdid it and might’ve deserved. Next time, just punt the ball into the stands: like AJ Green did… because he didn’t get a penalty!

You would think the officials would be looking at known and/or suspected dirty players and play. There was already a precedent set that Ben Roethlisberger was hit low and the league acknowledged a flag was missed, when Ben was hurt in the Rams game.

This was the same exact hit, by a player with a known history. Considering they should’ve been looking at both Burfict and Ben, this play was inexcusable and it’s hard to believe it was an “accident.” As you move up the ranks into professional football, the less likely anything is without intent.

Rest of the Game

Andy Dalton injuring his hand might be a blessing in disguise, for a Steelers team trying to close the gap on the AFC North and sitting 1 spot out of the playoffs. If the Bengals start to lose, the Steelers, will a long shot, could end up running the North again.

Ben Roethlisberger was less than his perfect form Sunday, failing to throw a touchdown or for 300 or more yards in this game. If that was his off game for the stretch, it was a good thing it ended in a victory.

The Steeler defense climbed out of their rut, and adding Brandon Boykin and Robert Golden in at spots during the game favored them. I would like to see more of this personally, as the team hopes to make the postseason.

Chris Boswell has also been a shining light after the early season disaster that was Josh Scobee. Boswell adds a big leg and a scoring element the Steelers may have otherwise been without (and a kicker is one thing that has hurt other NFL teams throughout this season.)

Up next for Pittsburgh is the season finale at Heinz Field, against a tough Denver Broncos team who continues to also win with backups. The Steelers will need to win out to improve their chances of earning a wildcard spot.