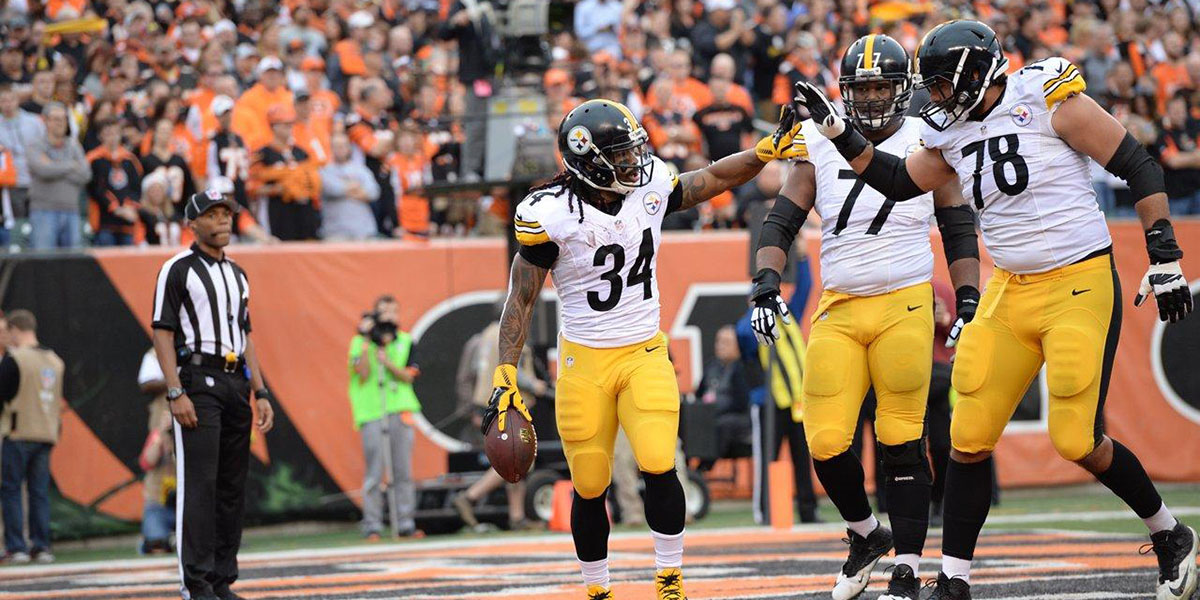 If you’ve noticed that I’ve been quiet for the last week, it’s because I was avoiding spoilers for Star Wars. And while that didn’t go as planned, despite my best efforts, I would much surmise the Steelers aren’t looking to have their season spoiled, especially at home, this Sunday when they face the Denver Broncos.

Let me be frank: I don’t think the Denver Broncos are a good football team. Throughout the year they have shown flashes of being good, and while their record indicates otherwise, so do games such as last week, where the Oakland Raiders wrecked havoc on their offensive line, and held them to no touchdowns.

That game was in Denver. This game will be in Pittsburgh, and it is bittersweet that those in attendance will not see Peyton Manning, on what might be his farewell tour. That is the bitter of the sweet, as the sweet is looking at this same schedule when it was released (and even as late as when the season kicked off) this date was circled on the calendar as one the Steelers could lose.

Now that the Steelers can’t afford a loss, and the Broncos offense is stagnant, that same date, this Sunday, looks like it could be a win. Manning’s replacement, QB Brock Osweiler, has been more than serviceable in his 4 starts, with a 3-1 record. However, with 2 starters missing from the offensive line and a rookie center snapping the ball, Denver is suspect to a resurgent Steelers defense who forced the Cincinnati Bengals to turn the ball over 3 times last week.

Nonetheless, even the resurgent defense tends to make even the average NFL QB look like a fantasy football superstar. The bottom line will be, as the Raiders did, is to limit the Broncos from scoring while putting more points on the board than your opponent. Considering both Broncos running backs have nagging injuries, and their rushing attack has been deplorable for most of the season, Pittsburgh should be able to attack what could be a one-dimensional game (as Osweiler threw the ball 51 times against Oakland.)

That shouldn’t be an issue. While the Broncos offense has been struggling, the Steelers offense has been explosive. They may face their toughest defensive test to date against a Broncos unit which is 1st against the pass and 3rd against the run. Still, I have faith that Ben Roethlisberger, held without a TD pass last week, will deliver the ball all over the field.

Oh and did I mention Ben didn’t throw a TD pass last week? Yes I repeated that, because DeAngelo Williams and a defense that is capable of scoring points, may be what separates this team from the rest of the pack as they try to make that late season run into a playoff berth.

Hopefully, the season does not pull an early spoiler as was done with many for Star Wars.