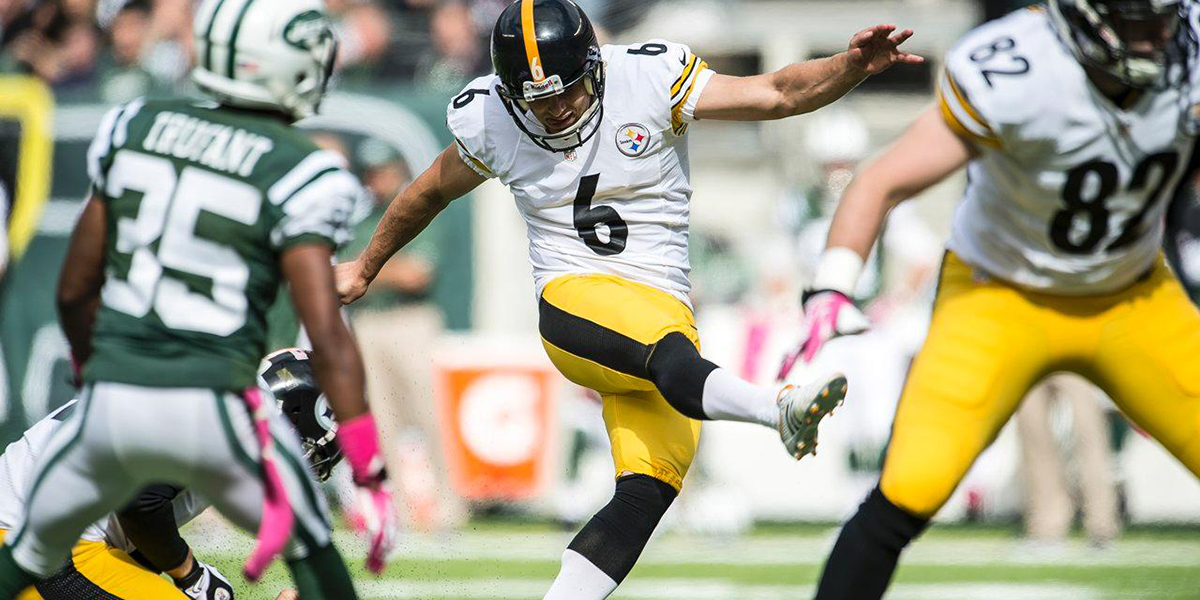 7 Deals The Steelers Won’t Make During The 2016 Offseason

This is the popular name that keeps popping up every other day. Eric Weddle is a Pro Bowl safety who just turned 31 last month, and appears to be unhappy with his current situation with the San Diego Chargers. Set to become a free agent at the start of the 2016 NFL league year, Weddle would be an ideal upgrade at a much-needed position for the Steelers. However, because of the price Weddle will likely command on the market, combined with an uncertainty of how much cap room Pittsburgh has (and needing to sign some of their in-house players) I doubt the Weddle deal happens.

Now, there’s speculation that Weddle will take a discount to play with a contender. That might be true, but other contenders, such as the Cincinnati Bengals, have more cap space and could easily outbid the Steelers. (The Bengals are a prime example of someone in the market for Weddle, because they too will need a safety, if they allow their own starter, Reggie Nelson, to enter free agency.)

Oh my: this was the deal I said had to happen. However, I don’t think the Steelers are going to go after a higher profile free agent backup, such as Chase Daniel. Daniel, the current 2nd string in Kansas City, will likely enter free agency and could be a younger insurance compared with the Steelers’ current options, should Ben Roethlisberger suffer another injury plagued season. The problem is still cap room, as Daniel could potentially compete for a starting position with another club who has more money to spend. (Teams like the Cleveland Browns are still searching for “that guy.”)

After a lackluster showing as the backup this season, Vick’s one year deal expires and won’t likely be renewed. The soon-to-be 36 year-old may have played his last down in the NFL, having lost his position to Landry Jones this past season.

A beneficiary of injuries this season, Jones progressed as the backup, but still doesn’t appear to be the quarterback of the future. Having a bit more success than Vick, Jones won the backup spot after starting the season as the 3rd string QB behind Big Ben and Bruce Gradkowski. When Gradkowski didn’t return to health early in the preseason, the team still opted to find another QB (Vick) to fill the backup role over Jones.

However, Jones ended up seeing snaps in the regular season, be it for better or worse, he is still under contract through 2016 and the experience of playing and knowing Todd Haley’s system, will allow Jones to compete for, and most likely keep, a spot on the roster for 2016.

With Jones under contract, and a lack of draft picks due to dealing picks for Brandon Boykin and Josh Scobee last preseason, the Steelers won’t be in a position of having extra picks to burn, as they were when they selected Landry in 2013. (That’s not to say they won’t bring in a suitable camp body, as they have in previous years with Tajh Boyd and Brendon Kay.)

These next two are tough, because they may get done, but I don’t expect them to get done (at least soon.) Boykin was relegated to the bench for a long period of time during the 2015 season, and no one in the general public quite knows why. Did he know the playbook? Was he a liability? Locker room problem? Was the team posturing to not burn a higher conditional pick as part of the trade with the Eagles?

Boykin, who was considered one of the top nickel corners before landing in Pittsburgh last season, will probably seek a multi-year, multi-million dollar deal. Considering the Steelers have a high draft pick invested in 2015 2nd round CB Senquez Golson, a similar style player, the team may not have the budget to complete this transaction.

Finally, I don’t feel Suisham getting cut is a certainty. Releasing him will free up cap space, but the team has more equity in finding a trade partner and getting something for one of their two excellent kickers. Chris Boswell, the first-year player who took over when Suisham suffered a knee injury in the Hall of Fame game last August, is arguably a younger, cheaper version of Suisham. He may even end up as a better kicker.

Since teams don’t roster two kickers, it’s inevitable that Pittsburgh parts ways with one of the two at some point before the 2016 regular season. However, if the Steelers view Suisham as someone they want to dangle as trade bait, they will have to allow him time to heal, and showcase him in a camp kicking battle with Boswell. Otherwise, trade partners are unlikely to deal a valuable draft pick for a kicker who may have not recovered from injury: they will need to see that Shaun is the same player he was before his injury.

My gut tells me, this will happen, but it won’t happen until the 11th hour.