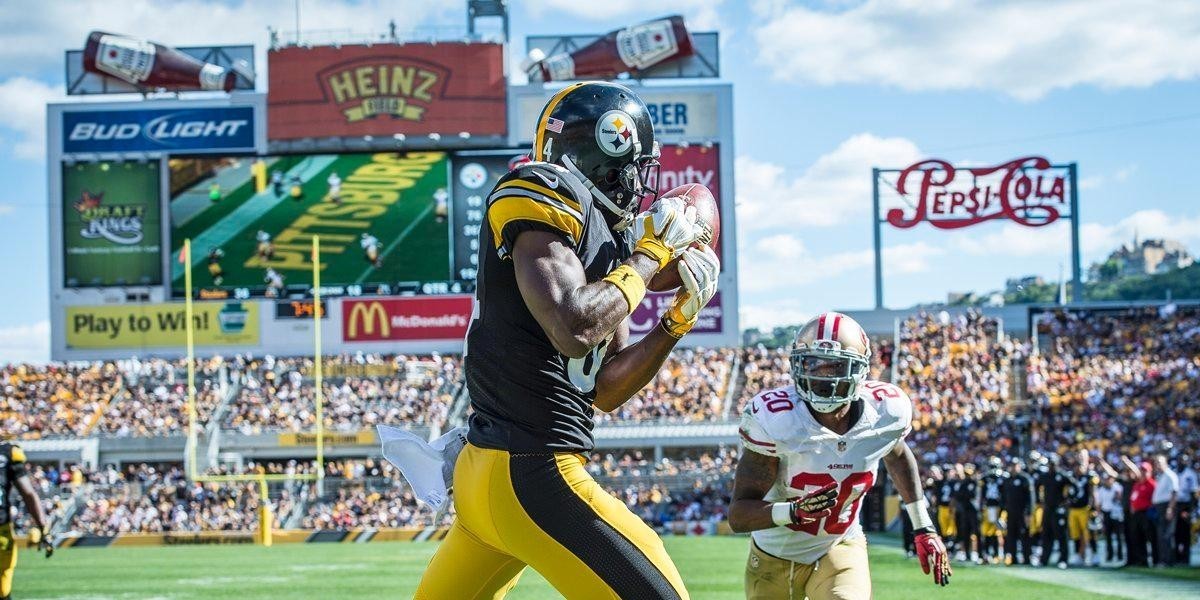 The NFL released their 2016 schedule on Thursday night, showcasing a Super Bowl rematch as the kickoff to the season. The Pittsburgh Steelers will start at Washington for the opening game of ESPN’s Monday Night Football.

Note: I also wanted to brag about pretty much nailing half of this prediction:

The Steelers will play the at Cincinatti for Sunday Night Football, Ravens on Christmas Night (also a Sunday night) and the Browns will once again be the final opponent of the regular season.

Here’s our analysis of the rest of the 2016 schedule.

The Redskins won the NFC East by default last season, after the Cowboys, Giants and Eagles all crashed and burned. It will be interesting to see if they can repeat their success after placing a franchise tag on QB Kirk Cousins.

What was a competitive twice-a-year match up has now turned into an ugly, knockout, drag out rivalry. The Donnybrook should continue heading into 2016, as the Bengals look to patch the few holes that have opened up due to free agency.

The dumpster fire which was Chip Kelly’s management of the Eagles, both on and off the field, has taken his talents to San Francisco, and has been replaced with first year head coach Doug Pederson, a former offensive coordinator for former Eagles head coach Andy Reid.

The Eagles also unloaded Mark Sanchez and DeMarco Murray: it will be interesting to see if their latest moves benefit them more than the plethora of changes Kelly made.

The Chiefs turned their fortune around in 2015 after defeating the Steelers in Kansas City. This year, the Steelers invite the Chiefs to their home, hoping to return the favor (and hopefully with a healthy team in place to help compete with the AFC’s 5th seed in the playoffs.)

The Jets won 10 games in head coach Todd Bowles’ first season in charge, but will face their own issues in retaining some of their free agents such as quarterback Ryan Fitzpatrick, while bolstering their running game by adding former Bear Matt Forte. Bowles, a defensive mind, has a pair of receiving threats in Brandon Marshall and Eric Decker, who could give the Steelers secondary fits.

Miami is Cleveland with a constant at quarterback, albeit, one who’s on the hot seat this season. The Dolphins fired their head coach mid-season, then replaced their interim coach in the offseason. They also began gutting one of the league’s better secondaries and shipping off players they can no longer afford to keep, after paying a huge price to sign Ndamukong Suh.

The Patriots were once again a game away from playing in the Super Bowl last season. New England opened the NFL season, at home, against the Steelers in 2015. Now the tables turn so the Patriots travel to Heinz Field, in what is sure to be a marquee match up.

The Ravens have a ton of picks in this year’s NFL Draft, which should be of some concern for a team that’s still rebuilding, but had most of their pieces on the shelf last season due to a myriad of injuries. Only a season removed from a playoff win over the Steelers, don’t look at Baltimore’s record as an indication of their upside: afterall, they beat Pittsburgh twice in 2015.

The Dallas Cowboys went from a botched call away from the NFC Championship game in 2014, to the near basement of the NFL in 2015, thought most of that was attributed to an unlucky streak, which cost them their franchise QB Tony Romo, not once, but twice during the season.

Dallas also suffered from WR Dez Bryant missing time, and a lackluster running game (despite one of the better lines in the NFL.) The Cowboys will be drafting early in each round this year and are poised to reload with both youth, and health, in 2016.

The Browns are in rebuild mode once again, hiring a new head coach, firing many of their mainstay players and picking 2nd overall in the 2016 NFL Draft. Most expect the Browns to take a QB with the pick, which would be yet another first round selection in a line of many for the Browns.

Like the Ravens, the Colts also faltered due to injuries, particularly under center. With a healthy Andrew Luck as the signal caller, one would expect the Colts to once again be in the thick of the AFC playoff conversation.

The post Tom Coughlin era begins as last season’s OC Ben McAdoo takes over the head coaching position, amidst a flurry of free agent spending to bolster one of the league’s worst defenses last season. Eli Manning will have little transition as McAdoo provides some consistency in the change in coaches.

How do you repay the team that helped you get into the playoffs? By filling half of their stadium with your own fans!

The Steelers will travel to Buffalo, which is a short drive from a mixed base of Steelers and Bills fans in Erie, PA. (Not to mention a shorter trip than usual for those coming from The Steel City.)