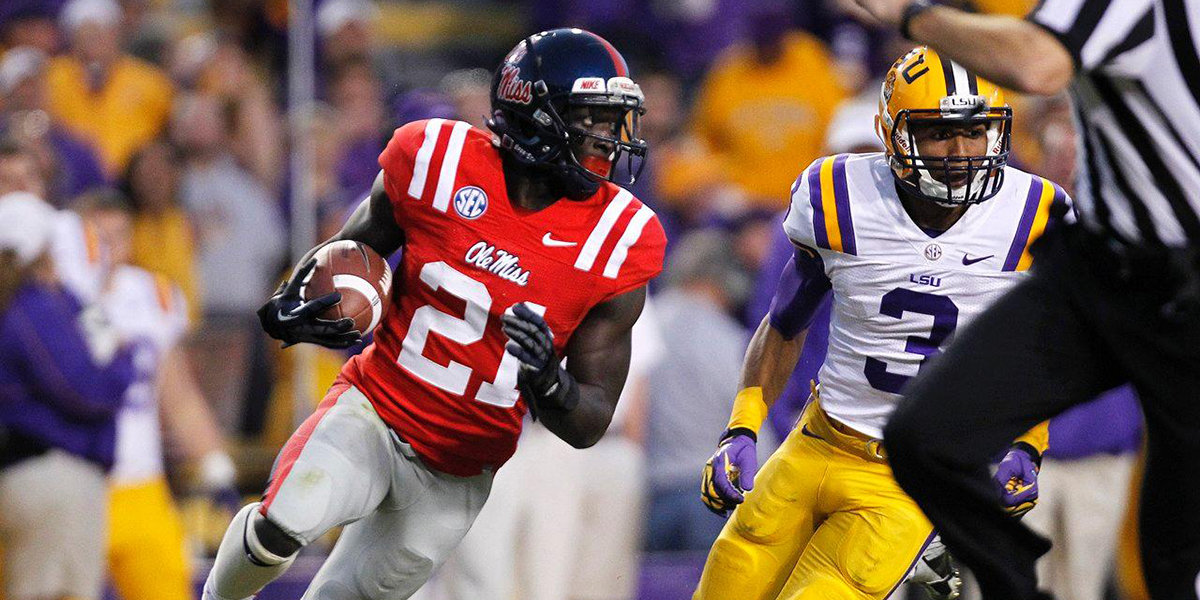 We’re one step closer to the 2016 NFL Draft, and with that, comes the anxiousness of another year where the Steelers might avoid taking a cornerback in the first round.

Seriously: the Steelers haven’t taken a cornerback with their first round selection since 1997. (I was still in high school.) The Kansas City Chiefs were the only other team with such a drought, which was broken last year when they took Marcus Peters with their first pick.

Not taking a corner may not sit well with many fans who feel the secondary is in bad shape. I debated this with Eric over at Steelers Grind, but all signs point to the Steelers’ front office filling a huge hole with a small body at safety, or a small hole with a big body on the defensive line.

All other teams have taken a corner in the first round in the last five years: so why haven’t the Steelers?

I believe there’s a lot at play here. Some of the league’s best corners weren’t taken on Day 1, or even Day 2. Both Richard Sherman and Josh Norman, considered among the best at their position, were both 5th round draft selections.

Some others may point at some of the players General Manager Kevin Colbert has missed on. This article isn’t about “obvious failings,” when Colbert is consistently drafting franchise players at other positions, rather, getting into the GM’s draft psychology.

Also consider, Pittsburgh only has a finite amount of draft picks, plus many of those picks have been lower in the rounds due to having many winning seasons.

To be objective, I’m not going to count any Day 3 players, which would be players chosen in rounds 4 and later. Players taken in those rounds simply do not have long careers, no matter the team, position, etc. Consider the following chart, which shows the average length of an NFL career versus the round in which a player is selected. There is a tremendous drop off in percentages after Round 2:

This leaves us with players taken in rounds 1, 2 and 3.

The last non-Day 3 draft pick at DB was Curtis Brown, 2011 round 3. He tore his ACL in 2013 and was released. The Jets picked him up but he didn’t make the team. He currently plays in the CFL.

The next pick in that category was Keenan Lewis, taken in the 3rd round of the 2009 draft. The Saints snapped him up with a 5 year $26.3 million contract.

To further illustrate why the Steelers stray from DBs, one should look at their history under Colbert. In first years as GM he made blockbuster draft picks in the first round, selecting franchise greats and future Hall of Famers. It all started with one of the greatest DB picks in Steelers history with Troy Polamalu, and was then followed the next 3 seasons with the selections of Ben Roethlisberger, Heath Miller and future Super Bowl MVP Santonio Holmes. However, after each of those tremendous first round picks following Troy, Colbert also took a DB in the very next (2nd) round: Ricardo Colclough, Bryant McFadden and Anthony Smith.

Apparently there was Polamalu hangover that may have left a bad taste in Kevin’s mouth. Those next choices didn’t work out well: McFadden was the only one of the three who was a key contributor to the Steelers 3 Super Bowl appearances. For all intents and purposes, the other two were high round busts.

Conversely, when choosing other positions, Colbert has a better track record in Round 2 when he avoids DBs. His other 2nd round selections include Lamarr Woodley, Limas Sweed, Jason Worilds, Marcus Gilbert, Mike Adams, Le’Veon Bell, Stephon Tuitt and most recently, Senquez Golson. (Here are a majority of “hits” Colbert has made.) Of those picks, we can all but admit Sweed and Adams were busts. Sweed had personal, off the field issues, while Adams had the same, in addition to injury woes.

Some might categorize Jason Worilds as a bust too, but I don’t feel that way. He was about to be one of the highest paid LB’s before mysteriously retiring. The Steelers even valued him enough to place a transition tag on him, something we usually don’t see the front office do.

As for Golson, the jury is out on a player who missed his entire rookie season due to injury. It’s way too early to judge him, but we can judge the remaining selections. Bell is one of, if not the top RB in football today. Gilbert has turned into a solid T, while Tuitt has done the same as a DE. Woodley was in contention to be an NFL Defensive MVP one season, before injuries also derailed his career. Prior to that, it looked as if he was on pace to become one of the all-time Steeler greats.

As for the other rounds of the draft, as shown above, most of the players don’t stick around long. Every now and then you get a diamond in the rough, but it’s not consistent enough to pan the front office for taking flyers on players that, on average, won’t last beyond 2-3 seasons in the NFL. If the team gets any solid contribution for those players, say a game-saving tackle, an interception, at touchdown, etc. I’m of the opinion that they got value for that pick. After all, consider the Steelers get far more than a single contribution from their late round picks when compared with similar players for other teams (who don’t last on that team’s roster for long, nor see playing time, which is often the case.)

When Pittsburgh does hit on one of these players, however, they should get tremendous praise. Kevin Colbert has a very good track record when it comes to drafting professional football players, and he deserves some recognition even if, every now and then, they do miss on a pick. We shouldn’t be too concerned with those misses, especially when the front office consistently finds great players in earlier rounds, and great value in later rounds.

We should especially reserve criticism when those picks mostly hit, even if those top picks aren’t defensive backs.