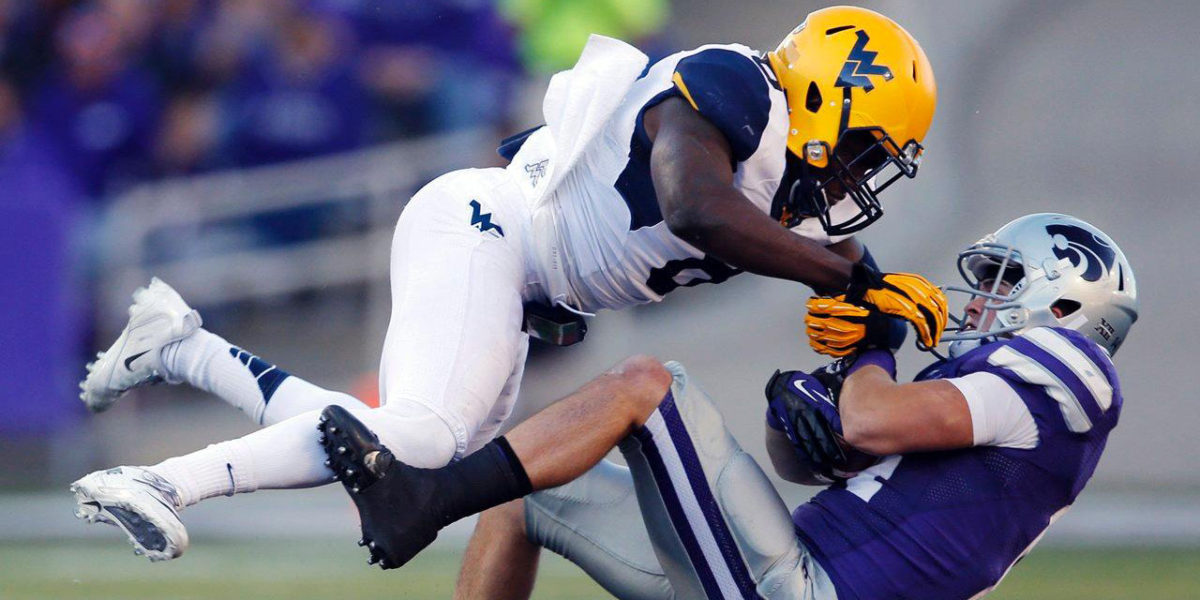 In this edition of Duel Opinions, I asked fellow writers, bloggers, friends, and followers this question: You’re at pick 25, the player you want is there. Who are the Steelers taking, and in a few sentences, why?

The respondents were only permitted to pick one player.

Their names and results are below (along with a way to follow them on draft day.)

In my opinion, all of the picks are sound choices and based off of Pro Day evaluations, Pre-Draft visits, or logical options which fit the Steelers needs.

With the 25th pick in the 2016 NFL Draft, the Pittsburgh Steelers select…

I struggled with this, but ultimately went with who I feel could make an impact in the front 7. At 6’1″ 311 lbs., Billings is a monster: he’s strong and fast, plus he’s the style of player Colbert continues to mention when talking about sub packages; a player who could stay on the field for all 3 downs and could also play in relief of Cam Heyward or Stephon Tuitt. Billings lead his team in both tackles-for-loss and sacks: a one-man band that could do that will help any defensive backs on the field.

It’s no secret that the Steelers have a need at secondary. Although the current starting core of Gay/Cockrell/Golson is solid, the Steelers should take advantage of the opportunity to draft a top-tier corner.

Here’s a rundown of our depth chart: Gay is still playing good football, but who knows how many good years he has left. Cockrell had a solid year, but it’s still up in the air whether or not he’s hit his ceiling. Golson’s ability is purely speculative at this point, and although the team and fans have high hopes, he’s still a question mark. Doran Grant is a complete enigma.

William Jackson III could be an instant impact player for this secondary and would bring stability to a secondary full of question marks. He has size, speed, ball skills, and excels above the neck. This is my dream; I don’t anticipate him to fall, but I’ll be ecstatic if he does.

Fits a need along the defensive line and has experience as a 3 down player at Baylor. Powerful man, strong run stuffer and viable pass rushing option that could see snaps as a rookie with the Steelers limited experience at NT. Would give Pittsburgh a dominant front 3 with Tuitt and Heyward and free up the linebackers to create the pass rush needed to cover the deficiencies in the secondary. Steelers take a DB in the second round.

[He] is a play maker with various interceptions and overall preparations.

Steelers would be well suited to pick him despite others who do not see the Steelers taking a CB.

That’s only if Apple is gone… I clearly think, CB’s Ramsey, Jackson, and Alexander will be gone… hoping Apple is there.

His size/speed/power ratio is rare and in my opinion the best DT/NT to come out in the draft since Donteri Poe. He would afford the Steelers 2 things with 1 pick: a starting NT and a player with enough speed and quickness to sub in for Heyward and Tuitt, who logged approximately 90% of the teams snaps at DE and was clear to me where wearing down at seasons end. Billings could knock off about 10% of those reps from both players giving him a 60% of the snaps count himself in our system. So he would not only contribute but do so in quick fashion.

Has the size, strength and athleticism. Aggressive run defender. Is good in man and zone coverage.

Definitely has an awesome upside.

I seen this kid can play hybrid football and would be a welcomed addition to the Steelers.

So many are speculating that the Pittsburgh Steelers must take a CB in the 1st round draft this year… as they always hope.

But when you look at the FA signings and resignings this offseason, and where the team holes are I agree we are in need of a ready-to-play Defensive player. Colbert has said our pass rushing game needs to improve greatly, so my pick at 25 is Baylor DT Andrew Billings.

Film on him show he can collapse the pocket, and would be a huge compliment to Cam Heyward, Moats, & Tuitt. Not to mention the 1-2 punch of McLendon & McCullers, the McC’s. We have James Harrison most likely one more year at 37 yrs old, and his mentoring really impacts these draftee’s.

So at pick 25 I could see the under-the-radar Billings going to Steelers. Also, per Scout.com ‘s Jim Wexell, most of the Steelers coaches went to Waco to check him out.

Initially I wanted CB Desmond King at this pick at season’s end, but he opted to go back to Iowa for his senior year so maybe next year? Despite coming off a torn ACL last year, Karl Joseph is arguable the best defensive player in the 2016 draft and reminds me a little of Ed Reed. The Steelers need to address the secondary and Joseph is a playmaker that seems to have a nose for the ball. He is also known for laying a crunching hit or two to a receiver. The injury is a slight concern, but once healthy there’s too much talent here to pass up.

The Steelers will select William Jackson III with the 25th pick in the draft. Jackson’s size (6’1) and speed (4.37/40) is a rare combination NFL teams desire. Pittsburgh has no depth at corner, having only 3 under contract. WJ3 a fills a pressing need, and may turn out to be the best corner in the draft.

This could be the year the Steelers end the streak and take CB in the first round. But at the #25 spot, I’ll assume none of the top rated fall to the Steelers.

With a run on CBs, a big man will fall. Robinson is a huge, powerful, yet athletic man. He’s played all three positions in Nick Saban’s 3-4 defense. He’s the transition guy the Steelers are looking for: NT in the 3-4, backup DE in sub-package. Oh, and he’s only 21 so his potential is very high.

As Robinson falls in the draft, Colbert and Tomlin will remember Heyward and Tuitt gasping for breath between plays on that final Denver scoring drive during the playoffs. This 312 pound diamond in the rough will be an easy choice.

Joseph is biggest hitter to come into the NFL in a while. The intriguing part is that he can play the pass, as well; Joseph was leading the NCAA with five interceptions, before he blew out his knee… and injury that pushed him out of the top ten (and into Pittsburgh’s outstretched arms).

Not only did Karl Joseph come in for a pre-draft visit, during West Virginia’s pro day, Mike Tomlin sought out & talked with Joseph. Furthermore, the Steelers were one of two teams highly interested in Joseph’s medical re-check.

Lastly, while I understand the need for a defensive lineman (I have harped on it in for months), Pittsburgh’s defense is predicated on the play of its strong safety. When the safety was an All Pro (Carnell Lake, Troy Polamalu), the defense was in turn exceptional.