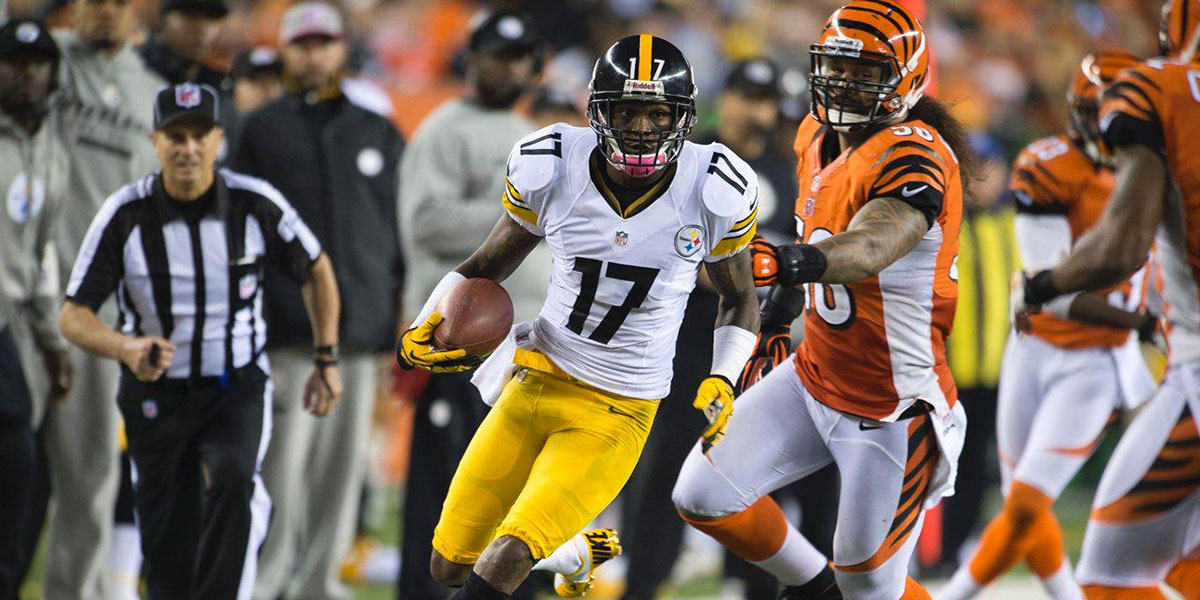 Who’s better since parting ways? Mike Wallace or The Steelers?

“I think I’ve gotten better, even though [the] numbers don’t say so… I think I’ll get better this year, and I’ll show some people I have a lot up my sleeve.”

Now, there’s nothing wrong with that; necessarily.

To outsiders looking in, most will write off Wallace’s comments as optimism with a fresh start, with a new team. I’m quite alright with that. I do think, there’s a role for Mike Wallace in Baltimore’s offense. Consider Marc Trestman, Baltimore’s offensive coordinator, who was the former head coach of the Chicago Bears. While in Chicago, Trestman helped make receivers Brandon Marshall and Alshon Jeffery into household names. He could feasibly do the same with Wallace, who is an afterthought to many following a low point in his career: the WR posted 39 receptions for 473 yards and 2 touchdowns with the Vikings in 2015.

Many feel Wallace could rebound in 2016, combining with Joe Flacco, who appeared to sorely miss a speedster to throw to last season (as he had in Torrey Smith prior to ’15, who departed for the 49ers in free agency.) While I feel Flacco isn’t on par with Ben Roethlisberger, you could imagine Wallace might climb back into a deep threat with a veteran quarterback with a strong arm, who has won playoff games and has a Super Bowl ring; unlike Ryan Tannehill or Teddy Bridgewater, both of whom are still trying to find their way in the NFL.

That begs the question: is Wallace a better receiver now than when he left Pittsburgh? And who is better off after having parted ways? Wallace or Pittsburgh?

Is Wallace a better receiver now than when he left Pittsburgh?

At age 29, Mike Wallace’s ceiling shouldn’t get higher. However, after playing with young quarterbacks, and having a down season, his numbers could improve. He will compete for time in a rotation with Steve Smith Jr. and Breshard Perriman, should either player’s health improve in time for the start of the regular season. The Ravens also leaned on Kamar Aiken, a pleasant surprise from last season, who could compete for time.

Wallace’s two-year, $11.5 million deal, with $4.5 million guaranteed, will dictate a “now or never” pace for the former Steelers standout, who was originally paid big-time free agent money when he left Pittsburgh for Miami, to the tune of a five-year, $60 million deal. Despite posting respectable numbers in both of his seasons in South Beach, Wallace was still seen as a failure compared with the money he was being paid. The Dolphins parted ways with Wallace in 2015, trading him and a 2015 seventh-round draft pick to the Minnesota Vikings for a fifth-round pick.

In other words, Wallace will have to prove more than a “one-trick pony” in order to return to prominence. Having worked with Tannehill and Bridgewater the last 3 seasons, Wallace could be telling the truth when he says he’s “better” as he may run a variety of more routes than expected of him in Pittsburgh, where he was primarily viewed as a deep threat (though he might be used in the same capacity in Baltimore.) Albeit older now, Wallace states:

“I’ve probably run about 10,000 post routes and go routes since when I first came into the league, so maybe just a step, a half a step… But I can still get it done.”

Is Pittsburgh better off now?

Without a doubt yes, and for multiple reasons.

Mike Wallace was a polarizing figure during his last season with the Steelers. First, the receiver held out for a new contract during training camp, sitting out of organized team camps and drills, until he was contractually obligated to show. During this period of time, the Steelers opted to not sign or extend Wallace’s contract, instead rewarding 2010 sixth-round draft pick Antonio Brown with a five-year worth nearly $42 million dollars. At the time, many people criticized the Steelers for their long-term view on the (at the time) unknown Brown, rather than retaining another homegrown star.

My how the times a-change: now those same critics are quick to point out Brown doesn’t make enough money.

That’s because the younger, cheaper option (Brown) turned into one of the NFL’s greatest receivers after Wallace left; shattering records and making fans forget the former #17:

While we’re at it, why don’t we include Martavis Bryant’s career statistics:

In fact, even Emmanuel Sanders posted very similar numbers to Wallace the year he left for Miami (2014) catching 67 passes on 113 targets for 740 yards and 6 touchdowns. Incidentally, 2014 was also Wallace’s best outside of a Steelers uniform with 73 catches on 142 targets, for 930 yards and 5 TDs.

Considering the Steelers made the playoffs two of the three seasons after Wallace’s exit (winning the AFC North in 2014,) the unanimous decision goes to the Steelers, with the team having been better since Wallace left the Steel City. While Wallace may have had successful years had he taken a “home team discount” the Steelers have replaced their former employee with others who have answered the call.

Now with the Ravens, Wallace will attempt to fill a Darrius Heyward-Bey-like role with them, as he tries to make the team as their third or fourth receiver on the depth chart.

Of course joining Baltimore gives Steelers fans renewed energy in booing Wallace: he plays for one of their most hated rivals!