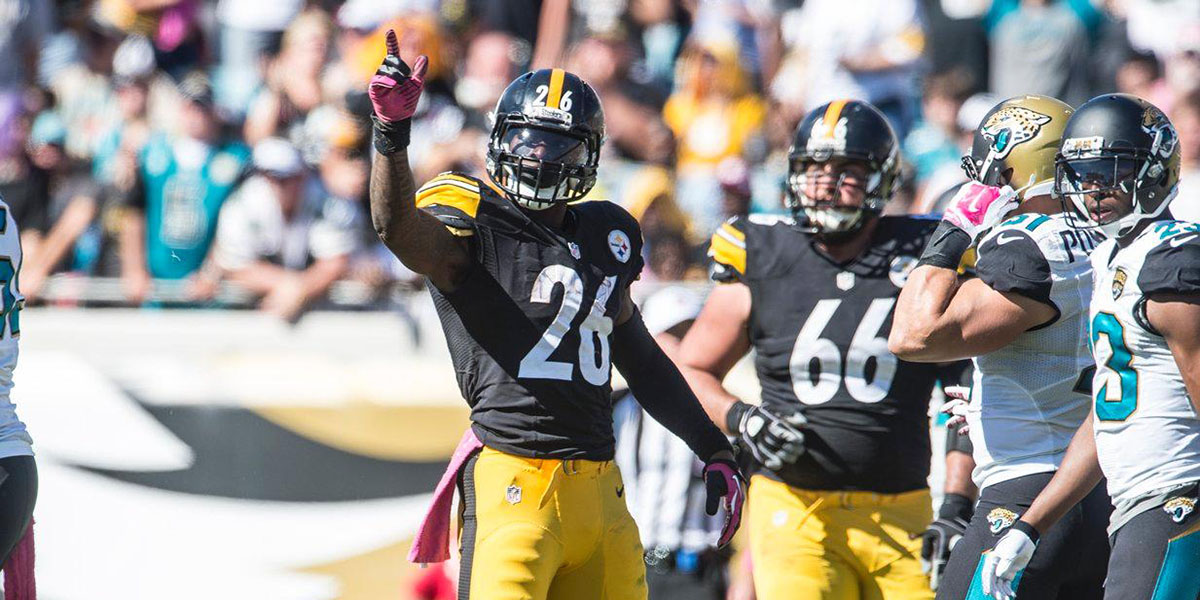 An interesting idea came about during a recent podcast with Christina Rivers: the NFL has a very strict drug policy, which borders on the same type of client privilege exercised in medical or legal fields. In laymen’s terms, the Steelers, nor their players, staff or other personnel, are permitted to speak about suspensions before the information is released by the NFL.

Furthermore, there are certain conditions which prevent the league and it’s members from discussing particular details about drug testing, and the results from a missed or failed result.

The following was sent to me by Billy Hartford, via Pro Football Talk:

The substance-abuse policy has a clear confidentiality provision that is supposed to keep people from knowing that a player is facing a suspension until the suspension has been finalized through the appeal process. With NFL Media confirming the initial ESPN report regarding the suspension and with NFL Media advancing the story by reporting that Bell missed multiple tests, the NFL — which owns and operates NFL Media — is violating its own policy. And no one seems to be bothered by that. Ever.

As discussed on the show, Christina and I mentioned how this is very similar to, say, HIPAA privacy laws in healthcare. The NFL has confidentiality agreements to protect it’s interests, and those of the players, teams and owners.

However, what has occurred in this three ring circus otherwise known as Le’Veon Bell‘s suspension, is quite peculiar on every level.

First, Le’Veon Bell was tested for drugs on April 20th, commonly referred to as “4/20” or “Weed Day,” code word for smoking marijuana.

Reportedly, Bell missed “multiple” tests, with sources stating the missed test occurred around the NFL Combine: the Combine took place from February 24th, to February 29th, almost 2 months prior to 4/20.

Question: if Bell intentionally missed a test (or tests) around the Combine, why would he take the test on 4/20?

Bell may have been using in late February, but not in April, and feared testing positive. It’s also possible that he was clean the entire time (more on that to follow.)

Note: To clear up any confusion, even if Bell missed tests, he would continue to be tested following a miss/fail since he is in the league’s protocol.

Next, Mark Madden had released information on Bell missing a test as far back as June:

I'm told Lev Bell skipped a drug test& is facing susp. Right now, it's a rumor. But it's a pretty strong rumor.

Everyone believes that Lev Bell is telling the truth, huh? OK.

Question: if Madden’s source was concrete, why did it take over a month to confirm it?

No news. No announcement. Complete silence for an entire month is rather odd in this day and age of instant news reporting.

The Bell drug test rumors disappeared, that is, until last Friday when the league announced it was suspending the running back for 4 games. Word spread like wildfire, with speculation that Bell not only missed one, but several tests.

Once again, Bell fired back, claiming the general public is misinformed and promising not to miss any games:

While that same day, Ramon Foster answered questions on Twitter, backing up his teammate:

All of it leads to a very unusual, and speculative situation surrounding Bell and his immediate future. The running back is appealing his suspension, with rumors ranging from changed phone numbers to vacation travel. While those excuses border along “the dog ate my homework” for a player in Stage 2 of the NFL’s protocol, a more profound loophole could be addressed if the league had in fact violated their own policy.

That aside, a more serious note could be an internal error on the NFL’s part, where they would have to admit fault, if Bell had in fact provided them with proper contact information. It’s plausible that a pencil-pusher on the league’s end incorrectly, or failed entirely, to revise Bell’s details. Should that have occurred, it would’ve been impossible for the league to properly notify Le’Veon of a test; since players at the same stage of the policy as Bell are tested as many as 10 times within a 30 day period, this would result in “multiple” failed tests, as reported by many outlets.

Question: if Bell was guilty, why would he appear so confident that he isn’t? Is he truly that arrogant? Or is he telling the truth?

Only a complete fool would play with fire and get burned… perhaps Bell is telling us the truth?

However, I don’t expect the NFL to ever admit fault. I do find it odd that Bell is so confident about his position, yet, that’s not the incident that had me thinking there’s more to this story.

BREAKING: NFL reinstates Josh Gordon on a conditional basis. He will be suspended the first 4 games of season. pic.twitter.com/9Rz0xslltU

Out of nowhere, Josh Gordon was reinstated in the NFL on Monday. The news was a total surprise, after Gordon was suspended “indefinitely,” with apparently very little opportunity to see the field in 2016, on the heels of his denied appeal back in April of this year.

As noted in the above Tweet, Gordon was to reapply for reinstatement on August 1st: his reinstatement coming a full week earlier was not only shocking, but out of the ordinary for a league ruled by an authority figure many have assimilated with being a dictator.

Question: could Gordon’s reinstatement give us a glimpse of Bell’s innocence?

That’s yet to be seen, as the NFL’s policy prohibits any side from divulging too many details surrounding the testing process and Bell’s appeal. Thus, any real details are speculative at best, but if there’s any merit to Bell’s comments on social media, and the rumors of his missed test, he could have leverage against the league; if the league made similar mistakes with other players, they could be covering their tracks with reinstatements and reductions in penalties. (See Josh Gordon, above.)

Bell clears probation after getting suspended

However, that’s not the only odd aspect of Bell’s suspension.

On July 24th, one day before Gordon’s reinstatement, Bell successfully completed his 15-month probation, stemming from Bell’s arrest on DUI charges and marijuana possession while driving to a flight for a preseason game with former teammate LeGarrette Blount during August of 2014.

Bell was later sentenced in February of 2015, at which time, his probation period started. The Pittsburgh Post-Gazette reported that Bell was admitted into the Accelerated Rehabilitative Disposition program for first-time, non-violent offenders. Under the terms of the program, Bell’s record would be cleared, as long as he were to remain out of trouble during those 15 months of the probation period.

“Remaining out of trouble” meant that Bell had to abstain from drugs and alcohol, follow all treatment recommendations, and complete a safe driving class. (His drivers license was also suspended for 60 days are part of the court judgment.)

Question: why would someone who is in probation, who had to abstain from drugs and alcohol, who would likely do so while rehabilitating a knee injury, intentionally miss a scheduled NFL drug test?

If Bell were using a banned substance, it’s unlikely he would’ve successfully completed all requirements of his probation, and had his record cleared, two days following the NFL announcing his suspension. Further, his missed tests would’ve been near the one-year anniversary of his sentencing, a mere 12 months into his probation; if he was smoking, and missed an NFL mandated test(s) because of it, the Accelerated Rehabilitative Disposition program would have also failed in it’s due diligence.

While this sounds like good news for Bell and the Steelers, the conspiracy theory at this time is merely that: a theory. However, even the biggest conspiracy theorist in us must admit that these situations are a bit too coincidental to ignore.

Perhaps, Bell’s confidence shouldn’t go ignored. While he could be trying to save face, as mentioned above, there’s always the possibility he could be telling the truth; and based on the evidence above, Bell should still be given the benefit of the doubt, until his appeal has run it’s course.

If Bell wins his appeal, we could see an unprecedented move by the NFL, and a reduction, or altogether elimination, of Bell’s suspension.