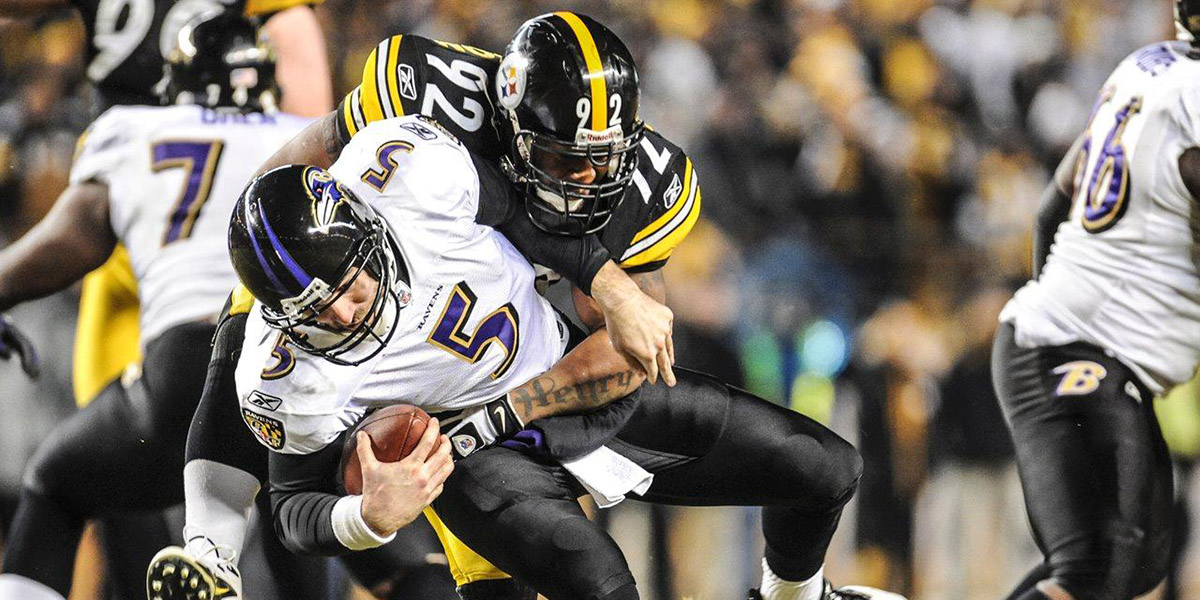 In 2 of those 3 previous 2-0 starts, the Steelers made it to the Super Bowl. In one of those Super Bowl appearances, a win in 2008 against the Cardinals, the Steelers hitched their wagon to an undrafted running back from North Carolina: Willie Parker.

This had me thinking about the contributions of undrafted players to the 2016 season. The Steelers staff has assembled a list of undrafted players, acquired either directly or via other NFL franchises’s scrap heaps, and turned them into impact players over time.

Here is a list of those undrafted players (minus a few incomplete grades, such as Steven Johnson) on the Pittsburgh Steelers 2016 roster:

In his second year, the undrafted product from Louisville has found a home as the starting slot wide receiver in a crowded Steelers offense.

Rogers has been targeted 10 times this season, catching 7 of those passes for 68 yards, and a ping-pong touchdown in the season opener. Rogers has also been a first down converting contributor, having moved the chains twice on 3rd down and once on a 4th down conversion this season.

“Big Al” is the Steelers starting left tackle, having filled in for the stellar Kelvin Beachum, when the latter went down with a season-ending injury in 2015.

The former Army Ranger is a mountain of a man: he put on additional weight after being signed to the Steelers practice squad, following a failed stint with the Eagles as a defensive end. He is the main blindside protector to QB Ben Roethlisberger and an integral key to the Steelers offensive line.

The long-time left guard is a Pittsburgh favorite, who initially made the team back in 2009 as an undrafted prospect out of Tennessee.

The 8 year veteran has dressed for 104 games, starting 89 of them, through last weekend.

After bouncing around from 3 different team’s practice squads (including two campaigns with the 49ers) Grimble caught on with the Steelers, nearly out of necessity, when Ladarius Green was placed on the Physically Unable to Perform list to start the season.

Grimble caught his first pass last Sunday, which also turned into his first career touchdown, after the tight end made an incredibly athletic play following an equally acrobatic catch.

Grimble’s only other catch thus far this season was a chain-moving 6 yard snag on 3rd and 1, which extended a drive that ended two plays later with a Jesse James touchdown reception. (That in-between play you ask? The Sammie Coates 53 yard catch.)

Maybe best remembered for the wrong reason (a fumble in the playoff game against Denver last season) Fitz has been a solid acquisition who nearly became the stuff of legend, after rushing for 97 yards and a touchdown in two playoff games, after the Steelers were already thin at running back (having lost Le’Veon Bell and DeAngelo Williams prior to the postseason.)

Toussaint also made athletic catches, with 7 receptions for 62 yards in those pair of games.

While he has been seldom used thus far in 2016, he offers quality depth and versatility should disaster strike again.

Another conversion project, this former college linebacker turned into a fullback last year, and paved the way for Bell’s game-winning TD against the Chargers in 2015.

Limited thus far with a back injury, Nix is another underdog on this long list who can be a solid contributor to the Steelers offense, as a stout blocker in the run and passing games.

On special teams, Nix is a solid tackler who also forced a fumble last season against the Oakland Raiders.

An undrafted punter out of Eastern Kentucky, Berry not only won his job in 2015 over the incumbent Brad Wing (who was traded to the Giants for a draft pick) he also forced the Steelers hand in releasing his camp competition, Will Monday, during the initial round of cuts to 75 this preseason.

I extensively wrote about Berry’s 2015 in another article, and his statistics continue to climb this season: 5 of Berry’s 8 punts against the Bengals trapped the opponent at their own 10 or less!

He is a field flipping weapon who’s contributions cannot be ignored thus far.

Special teamers dominate this list, and there’s none more special than Chris Boswell.

In his 2nd season with the Steelers, it took Boswell to find a home in the NFL, but he was welcomed in the Steel City after previous kicker Josh Scobee missed critical field goals, which arguably cost the Steelers at least one, if not two chances at victory last season.

Thus far his is a perfect 2-for-2 from the same range this season.

Another longtime special teams contributor, Golden worked his way up to a special teams captain, then into major playing time at safety. He was rewarded with a 3 year contract extension this offseason and has become Troy Polamalu’s replacement alongside fellow safety Mike Mitchell.

Who would’ve predicted that?

The long-time Steelers long snapper is an often overlooked veteran whose steady play has aided kickers for over a decade.

Perhaps the most famous undrafted name in Steelers history will go down as one of the franchise’s greatest defenders as well.

And that was before he “retired.”

At 38 years of age, Harrison continues to defy Father Time, forcing a turnover in each of the Steelers games this year.

Not too bad for a player that wasn’t worth a draft pick!