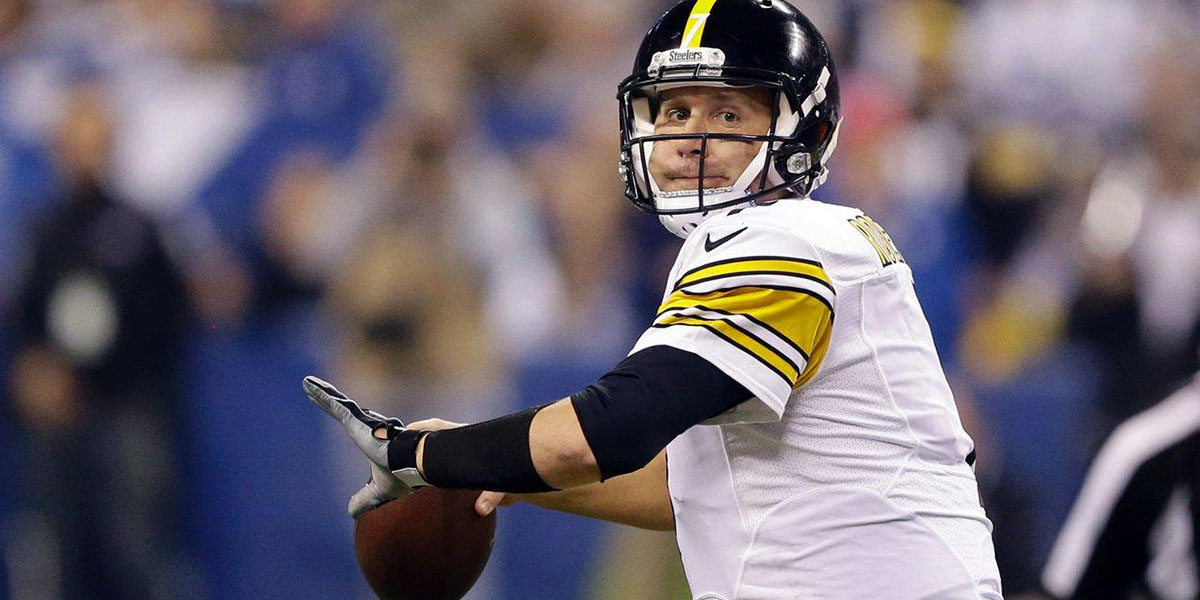 By The Numbers: Ben vs. Eli

When pro football pundits sit around a table and discuss the game’s greats, you often hear names like Montana, Marino, Brady, and Manning… well, not Eli Manning. In fact, the world salivated over the matchup of Tom Brady versus Peyton Manning over the last few seasons, but in those discussions, two deserving names are often left out: Ben Roethlisberger and Eli Manning.

While the world is content about talking up the next great quarterback, they should realize that two greats will be facing each other this Sunday, as Ben and Eli have many parallels between their careers.

Both quarterbacks were drafted in 2004. Manning was originally selected first overall by the San Diego Chargers, before demanding a trade to New York. The Giants selected Philip Rivers fourth overall, and sent Rivers to Manning in a trade.

The situation surrounding Manning overshadowed the next quarterback taken in the draft, Roethlisberger, who was selected 11th overall by the Steelers.

Eli and Ben are both two-time Super Bowl Champions, while Roethlisberger has appeared in three Super Bowl games overall.

The two quarterbacks have each been selected to four Pro Bowls.

Manning is the only one who has been named Super Bowl MVP, however; a feat he accomplished twice.

Both QBs have only ever played for two head coaches in their careers as well.

Roethlisberger started under Bill Cowher, and continued on with Steelers current head coach Mike Tomlin, while Eli Manning had been with former Giants head coach Tom Coughlin up until this season, when former offensive coordinator Ben McAdoo took over the team.

Yet the similarities don’t end there.

Each quarterback has won over 100 games in their careers.

Neither QB has ever finished a game in a tie.

The major difference in the two’s passing game? Interceptions.

Roethlisberger has thrown 154 picks in regular season games on 5796 attempts to Manning’s 209 giveaways on 6640 tries, leaving Eli with a higher interception percentage per attempt than Ben.

Manning also holds a tie for an NFL record for the longest pass (99 yards) but Ben is no stranger to the deep ball, with a 95-yard completion on his resume.

Lifetime, Roethlisberger has the better QB rating as well, with a 94.3 rating to Manning’s 83.9.

What an odd link, but the former 2000 NFL draft pick by the Pittsburgh Steelers played with Roethlisberger in Ben’s rookie season (2004) catching 32 passes for 629 yards and 5 touchdowns, before leaving to join the New York Giants, where the WR would catch 33 TDs with Eli Manning over a 4 year period, before missing 2 seasons due to a personal conduct suspension.

Burress would resurface in 2011 with the Jets, before ending his career back in Pittsburgh: catching his final 3 career receptions, and a touchdown, from Ben Roethlisberger.

As expected with their pedigrees, each quarterback owns a number of their team’s records, as well as NFL records.

Ben and Eli are not names regularly discussed among the league’s elite. You can even say they are disrespected in that manner. However, when the dust is settled, Ben Roethlisberger and Eli Manning will go down as two of the game’s all-time greats, and without a doubt, are two future Hall of Famers.

Two Hall of Famers who will face off against one another this Sunday.