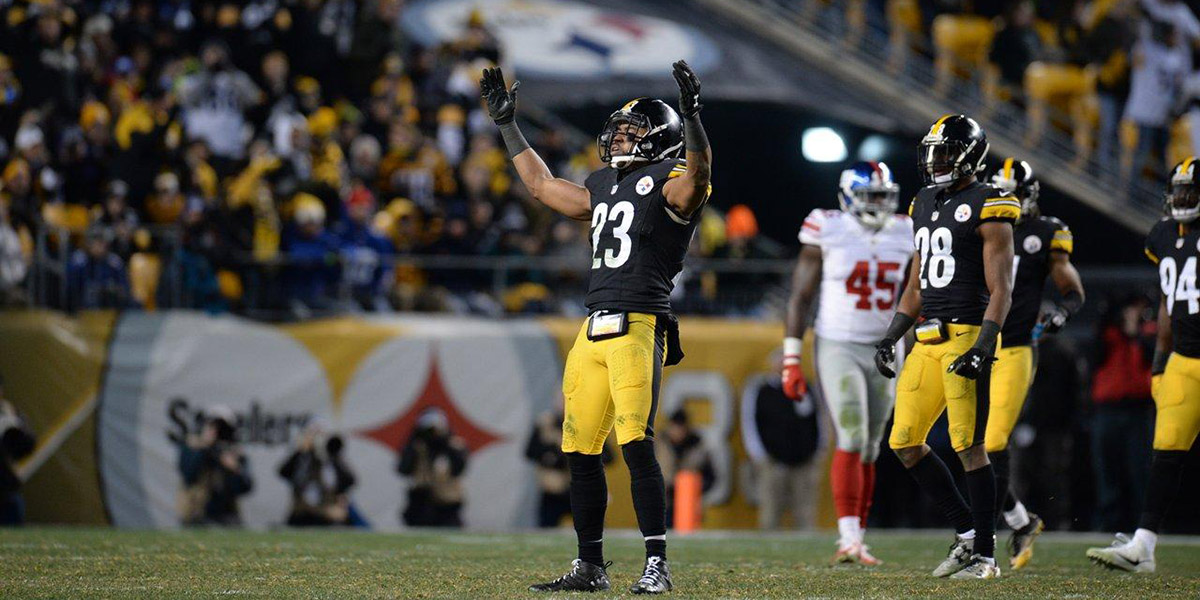 The Weather Channel is calling for a 90% chance of precipitation on Sunday, with 1-3 inches of accumulation. That’s enough to keep me indoors, for a game I really (really) wanted to attend. (Well, until they mentioned it was in December!)

Okay, so the Steelers have to get weather out of their head, but I believe the Cleveland game was a good introduction to the cold, and some wind, and they’ve played in rain several times this year. I don’t think the elements will get to them.

So let’s see what I think the Steelers will do on Sunday.

Pittsburgh’s offensive line had a nice streak going, keeping Ben upright for several games now. They gave up 2 against the Giants, who were on a hot streak of getting after the QB heading into last Sunday. Two is a good figure, but zero is better.

My logic for backing up this statistic could be the snowy weather, which forces both teams into a ground-based game. Ben will go (mostly) untouched due to leaning more on running the football.

The Bills are bad at passing the football, and their QB, Tyrod Taylor, is a mobile fella. But if he goes down behind the line, that could count as a sack… so the Steelers will get after him, as the Bills may try and get fancy, thinking they can pass the ball on a vastly improved Pittsburgh secondary, and the return of Sammy Watkins is tempting for the coaches to let loose with it a bit more.

All of that contributes to Taylor getting hit; and often.

No turnovers on O

I don’t expect that to happen again, as even Ben’s interception was a nicely placed ball, and a superb play by Eli Apple (I think?) to wrest the ball away from Eli Rogers. (That’s too many Elis.)

Anyway, the Bills are better with turnover margin, but I don’t see either team giving it up much, if at all.

In their last four games, the Steelers have put up 30, 24, 28, and 24 points. They’ve left some points on the field in those games, opting for field goals, or losing field position and being forced to punt.

I don’t believe that Buffalo is that good on defense to prevent this offense from scoring 30 or more. The only barrier to putting up points will be themselves: limit penalties and get the job done!

Before Sunday, the New York Giants hadn’t given up 100 rushing yards to any running back.

The Bills are the top-ranked running defense in the NFL.

Le’Veon Bell has a 3-game streak of 100 yards or more on the ground; he’s also has 1,318 yards from scrimmage despite missing the first three games of the season (an average of 147 all-purpose yards per game).

Buffalo will be hard-pressed to meet the challenge of stopping Bell this Sunday.

My biggest prediction is a multiple TD game for the tight ends this week. I could see Green getting open for two scores; maybe a catch-and-run with a redzone target.

If not, Jesse James squeaks in… or even David Johnson, who’s been used in short yardage plays, and converted a two-point try against the Browns.

As I said before, the second-best receivers for the Steelers technically aren’t “receivers”. So I see a big day for Bell, Green and company, regardless of the weather.