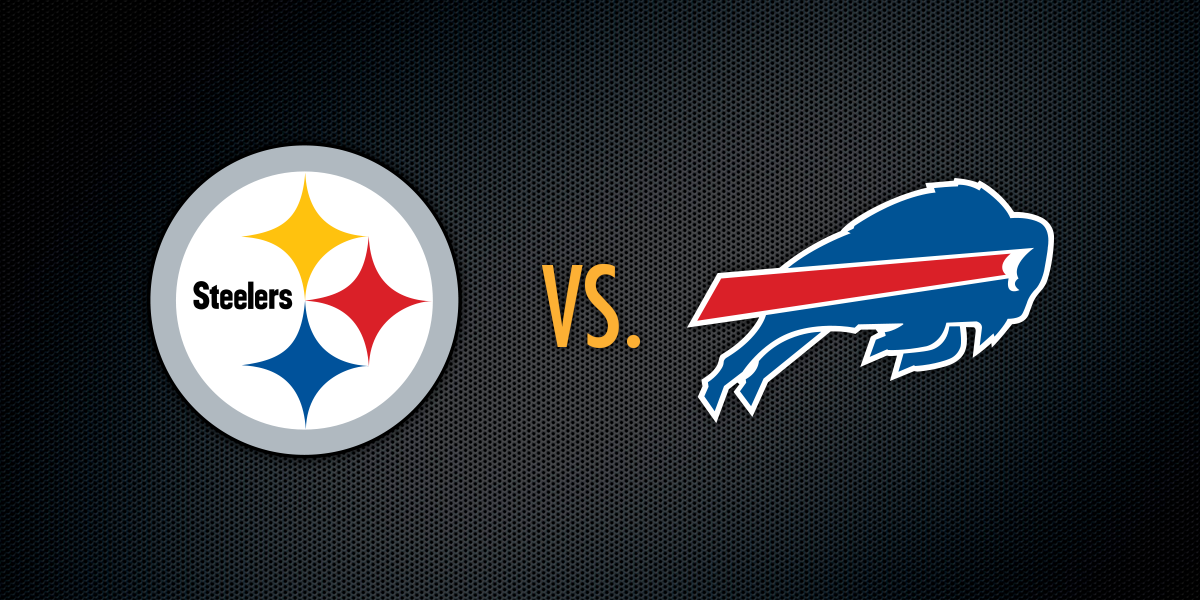 Our panel of writers came together to preview this week’s Bills game, by each finding a single battle they felt would be the “key to the game” for the Steelers to emerge victorious.

The Bills can run on offense and stop the run on defense. However, they have some questionable losses on their schedule to the Ravens and Jets: one game was high-scoring, the other was not.

Which Bills team shows up is anyone’s guess, and with snow in the forecast, this game could favor the ground attacks of each team. However, the Giants hadn’t given up a 100 yard rusher all season until Le’Veon Bell topped the century mark last week – he’s on a 3-game 100+ running yard streak of his own, and I believe the deficiencies in the Bills passing attack will be the ultimate determining factor, as they rank dead last in passing offense, against a Steelers secondary which has stepped up in recent week.

My key to the game is going to be winning the field position battle. Assuming the weather won’t be great, I imagine Jordan Berry and Randy Bullock will have a large impact.

The Bills have a solid kicker in Dan Carpenter, but if we can keep them far and away from field goal range (with help from Berry) I can see the Bills having a real hard time moving the ball. I’m thinking if Berry plays like he is capable of playing, the Bills might only score 10-13 points.

(I feel like I pick our DBs a lot so I went off the norm.)

The Steelers control their own destiny.

If they win out, they win the division, and are in the postseason without having to worry about anyone else for help.

No less in saying that, what looks like a winnable schedule, the keys to beating the Bills will be:

First, getting into Tyrod Taylor’s head. The media keeps annoying him with his “status” as a starter with the Bills; so the pressure he will be putting on himself in this game, coupled with weather, and going up against our future HOF QB Big Ben, should rattle him into mistakes our defense can capitalize on.

Next, Ben said this week “Its fun to play in the snow.” (Like when he was a kid in the backyard.)

As long as his offensive weapons agree, and we can have a “snow day” (off from school like backyard football game) we will beat Buffalo (in their own backyard).

Lastly, keep Mike Mitchell, Ryan Shazier and James Harrison in the game for a majority of snaps. Those hard hits in cold weather are all we need to wear down the Bills offense.

The key to this game is going to be how we handle 1st and 2nd down.

What that is going to boil down to is how we handle the run. Without Javon Hargrave it will fall on Dan McCullers to play a more critical role, and the question has always been does he have the attitude necessary?

Despite the size and skill he has, he needs to get his nasty on. If we can stop the Bills running game in the early downs, and keep them in third and 7 or above, we will have success.

If they are getting 6 yards a carry, or even 5 (the Bills are averaging 5.4 yards per rush) that will be a problem, and keep them out of third downs all together.

Stopping the rush is key, and stopping it on 1st and 2nd down is critical. Sean Davis could help a lot in run support, as he’s shown “Polamalu” like explosiveness getting to the ball carrier, but LeSean McCoy is a better back, and much quicker and shiftier than any we have faced.

We need to control their strength (the rush) and make them play to their weakness (the pass).

On offense, I think we can do what we’ve been doing.  Short stuff, dump offs to Le’Veon and look for Ladarius over the middle.

Even in the snow, I think we can have success both on the ground, and in the air.