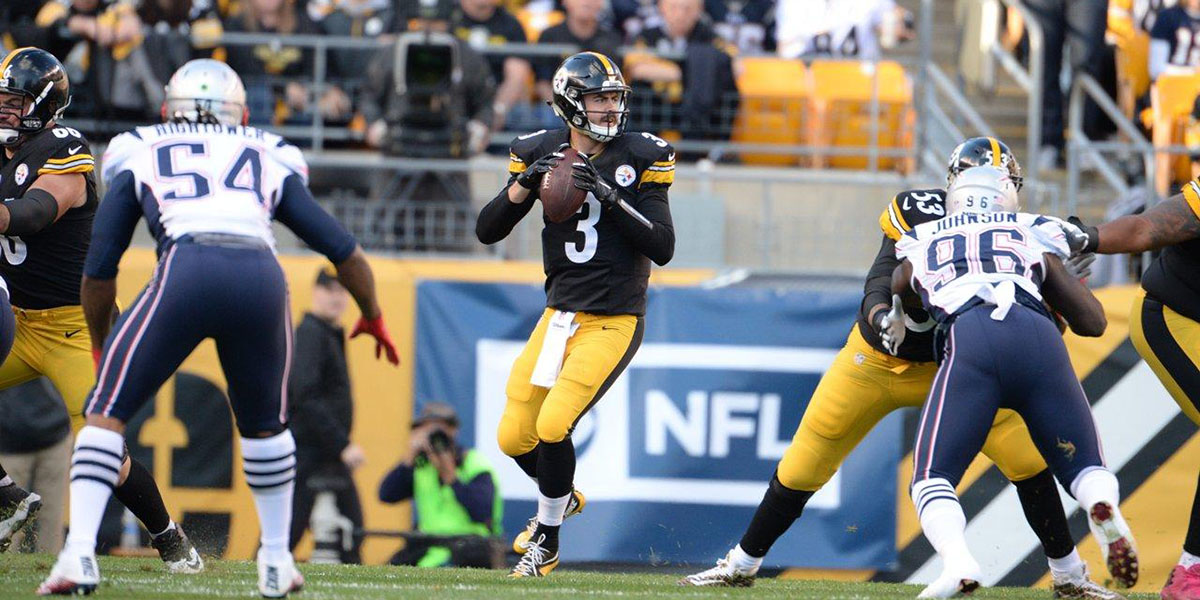 Sunday could be the last game as a Steeler, for a pair of Joneses

With the Steelers resting several starters this Sunday (in order to have them at 100% in the postseason) a few backup players will get a chance at more playing time than usual.

Among those backups are a pair of players sharing the same name, and a few other traits, but are otherwise unrelated: Landry Jones and Jarvis Jones.

Both Joneses were drafted by the Steelers in 2013. Jarvis was taken in the first round, 17th overall, while Landry was picked in the fourth round. As such, both players are under their original, 4-year rookie deals. The franchise could have taken a fifth-year option on Jarvis, a choice only available to players taken in the first round (under the NFLPA’s latest Collective Bargaining Agreement) however, Pittsburgh passed on a player who hasn’t lived up to his draft day status.

Therefore, Jarvis Jones and Landry Jones are both, at this time, set to become free agents for next season.

With an opportunity for playing time this Sunday, it’s very likely this could be the last we see of either player, on the field in a Steelers uniform.

Landry has had an up-and-down career in Pittsburgh. He was never often thought of as more than a clipboard holder, but had been thrust into action in 2015 following a pair of injuries to veteran quarterbacks Bruce Gradkowski and Michael Vick. Jones flashed potential, but never quite shook the passive, “deer in headlights” branding from fans who saw him suffer through previous preseason playing time.

Yet, Jones led the team to victories in relief appearances, over the Arizona Cardinals and Oakland Raiders… but also stumbled in other relief spots against the Seahawks and Bengals.

His only real reps this season were in relief of an injured Ben Roethlisberger, standing in as the starter against the New England Patriots. He played with poise, but couldn’t overcome the juggernaut which is Tom Brady and company.

Sunday is another opportunity for Landry to try and shine, and make the most of the door opened for him. The Browns enter the game 1-14, as Big Ben takes a spot on the sideline to watch what number 3 can do against Cleveland. Ironically, it was in 2015 when Jones was to give Ben an extra week of rest, before himself getting hurt after the first offensive series: making way for one of the greatest games ever by a “backup” quarterback, when Ben entered the game.

Hopefully for Landry, he can silence the doubts that he’s capable of being a fine backup in this league; much like Charlie Batch had done years before him, following some struggles with the Detroit Lions.

This could be an audition for a team that may give Landry a bigger shot: and that team could very well be the Steelers, who will need a steady arm behind Ben for years to come. Success on Sunday could earn Jones a new contract, while failure could see him playing his final snaps as a Steeler.

From savior to inactive is the story of Jarvis Jones, the first of three first round linebackers taken in three consecutive drafts by Pittsburgh.

This Jones started to see his decline following a series of poorly missed plays, capped off by the losing touchdown by Ezekiel Elliott, who coasted past a linebacker who couldn’t get off of his block.

The return of Bud Dupree from Injured Reserve further handicapped Jones’ playing time, seeing the 2013 pick not even receiving a helmet in last week’s key matchup against the Baltimore Ravens.

Jarvis will only get to play Sunday out of necessity: James Harrison will likely sit this one out, and I can’t imagine the Steelers risking Bud Dupree by having him play much either. That still leaves Arthur Moats and Anthony Chickillo, both ahead of Jones on the depth chart, as players capable of carrying the load for the entire game. Chickillo showed up on the injury report this week, limited with an ankle injury, so Jones’ best chance at receiving playing time appears to be at the detriment of others.

I had actually thought Jones was going to turn the corner this season; hampered by injuries early in his career, he never quite took off. He had two sacks in three games, before, ironically, get injured in his second season by sacking the Panthers’ Cam Newton.

He would never return to that level of play, and has all but sealed his fate in regard to being on the 2017 Pittsburgh roster.

I’m not sure there’s anything Jarvis Jones can do on Sunday to change our minds; like Landry, he may have a chance to impress a coach elsewhere, perhaps a staff which had him on their draft board back in ’13.

Anything other than a decent showing on Sunday, may see this former top pick on the outside looking in, for his NFL future.