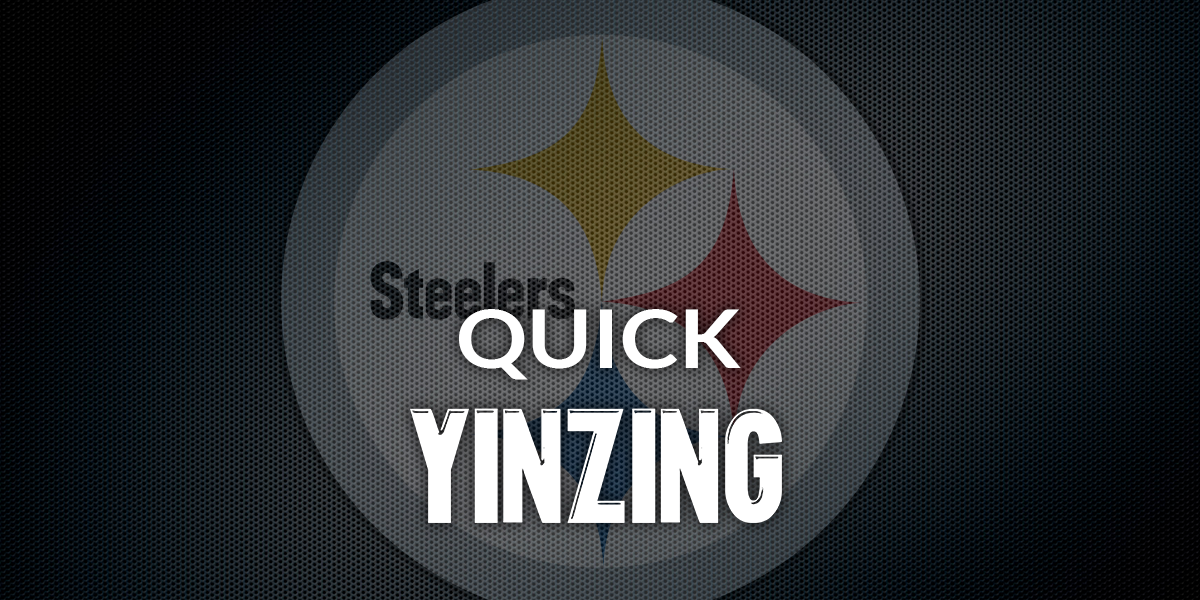 The Browns will always be, the Browns…

Steelers Nation showed up to Heinz Field on Sunday, albeit about 10,000 less people than the previous week; a game against the Ravens where all the marbles were on the line. Still, fans came to support their team, maybe even because they were stuck with the tickets, but they didn’t expect much.

With the result meaningless to the Steelers’ postseason position, realistic fans realized that four Pro Bowl players would sit out on offense against the Browns: Ben Roethlisberger, Maurkice Pouncey, Antonio Brown and Le’Veon Bell. Furthermore, we’d likely see a bevy of backups get substantial playing time, and possibly not see many defensive starters at all.

More of the former than the latter happened, as Landry Jones, DeAngelo Williams, Demarcus Ayers, and B.J. Finney stepped in for the Pro Bowlers, while James Harrison was replaced by Jarvis Jones on the defense, and Stephon Tuitt sat out to rest his knee.

With the losses, and playing a team that came into the game 1-14, most still felt the Browns were a team stocked with professionals that should give any team loaded with second-stringers a run for their money.

Perhaps even a blowout?

It looked that way early, as the Browns took a 14-0 lead deep into the second quarter, but the “replacements” had different plans.

Jones started cold behind an offensive line that didn’t look to be on a record-setting pace in regard to sacks allowed. Jones was dropped once in each of the Steelers first two drives, and would go down four times in the game.

However, he maintained his composure, and led the Steelers to 21 unanswered points.

Not too bad for a backup?!

DeAngelo also started slow behind the same offensive line woes, as the Browns went for broke sending pressure and stacking the box.

But Williams would rebound with two touchdowns in this game, plus two veteran-savvy plays that kept the Browns from forcing a safety deep in Pittsburgh’s own redzone.

Hopefully we haven’t seen the “curtain call” on D-Will’s career in the ‘Burgh.

You could blink at times and still think that 84 was out there. That’s just how good Demarcus Ayers and Eli Rogers looked at times.

Ayers made several clutch catches, including a 4th down conversion on the final drive, tip-toe catches near the sidelines, and displaying his breakaway speed on his scoring catch-and-go touchdown reception.

Cobi Hamilton had the game winner, but also continues to move the chains as a key third down target.

Darrius Heyward-Bey returned to the lineup with a 46-yard reception, after being targeted deep several times, to no avail.

And that was without Big Ben.

How can Cleveland lose, let me count the ways…

And how could I forget the multiple chances, including first and goal at the Pittsburgh 2 in overtime, where a touchdown ends the game.

But that’s a section for…

The Steelers stopped the Browns three times in the redzone, and forced Cleveland back to their own 16 (and then again, nearly out of field goal range on the next play) which led to a field goal in OT, and gave the Steelers a chance to win.

It wasn’t pretty at times, but the defense stepped up and got the job done. Several part-time contributors had up-and-down games including Jarvis Jones, Daniel McCullers, and Johnny Maxey.

In the end, the defense got the job done and forced three of the Browns four turnovers on the day. (With the other being DHB’s hustle to turn that interception into a touchback, which was recovered by Landry Jones…)

I’ll take the “W” any day of the week, and yes, twice on Sunday, because it sure beats a loss anytime! In a game where we didn’t expect much of anything from the Steelers, they gave us some New Year’s Day thrills and excitement, and now ride a 7-game win streak into the playoffs where they face the Miami Dolphins.

This was a team win, and I can definitely feel a positive team vibe heading into that game next Sunday.