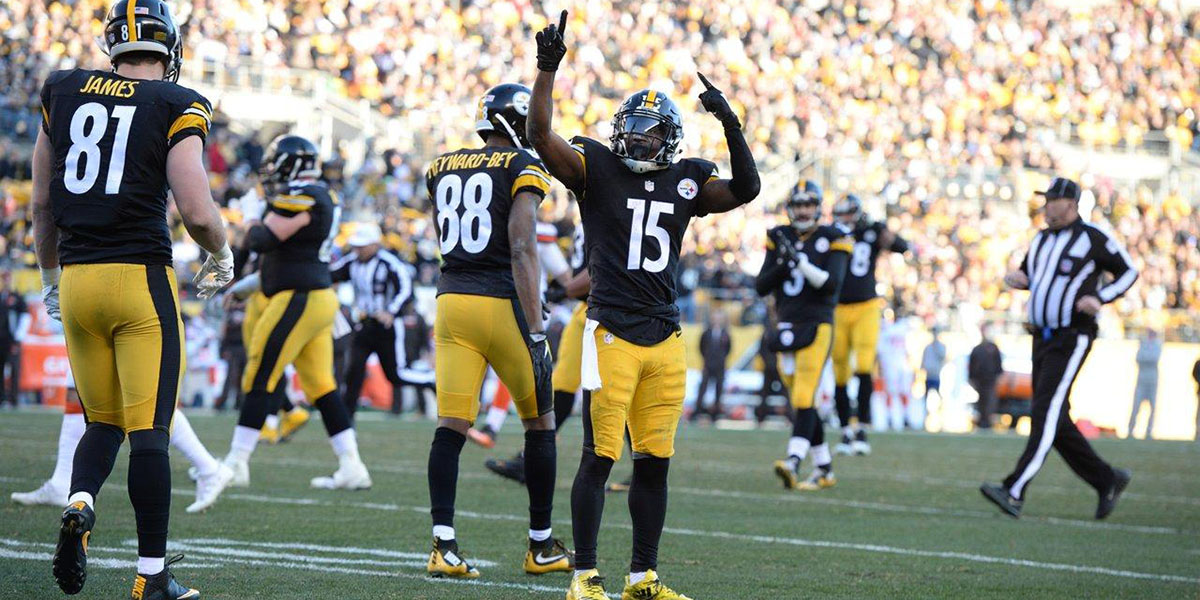 Snap counts for Steelers against Browns

In a game where four Pro Bowlers, and the franchise’s all-time sacks leader weren’t expected to play, there were few surprises in who was in, and who was out, in Sunday’s overtime victory over the Cleveland Browns.

One of the more surprising aspects is whom got the nod over whom: there was at least one of these surprises on both sides of the ball.

The offensive line continues to play the entire game, though this time, Maurkice Pouncey was replaced at center with B.J. Finney, whom stayed in for the entire 71 offensive plays.

Typically, the quarterback plays the entire game as well, barring injury. This would be true with Landry Jones in this game, except he left the field for a single play, one that saw the Steelers use a wildcat formation (a direct snap to a non-quarterback). This look was used more than once, but only in a single instant did Jones actually leave the field (he was split out as a wide receiver for another wildcat play).

Following the line and Jones, it was Demarcus Ayers who received the most snaps with 66 plays (93%). The seventh round draft pick made the most of his time, scoring a touchdown and also catching key passes, including the next-to-last play of the game which converted on 4th and 2.

Jesse James was next in playing time with 61 reps (86%) while DeAngelo Williams found his groove playing 79% of the game (56 snaps).

The only other tight end who was healthy and/or active, David Johnson, logged 19 snaps for a 27% share. Fitzgerald Toussaint would see 15 reps (21%) while Roosevelt Nix was in for 10 plays (14%): Nix would catch 2 passes, his only 2 on the season!

Chris Hubbard was the last recipient of playing time on O, getting 6 snaps total (though I felt he could see more, resting possibly Marcus Gilbert, but did not).

The takeaway here is that the Steelers are incredibly deep at wide receiver, and could be preparing a playoff run which doesn’t factor Sammie Coates into their plans. Coates, who just came off of a hand injury recently, has now been sidelined the last two games with a bothersome hamstring. The play of Ayers and Hamilton, along with a healthy Hey-Bey, may have made Coates expendable for the remainder of the season; healthy or not.

This will be an interesting week to watch in practice, and our film room this week will take a further look at the WR corps.

James Harrison sat out, as did Stephon Tuitt. In their place, Jarvis Jones got the nod over Arthur Moats as the starter, with the former getting 61/78% snaps over the latter’s 18/23%.

Jordan Dangerfield would also register one rep, as Mitchell and Davis remained the entire game: Ross Cockrell left for only one play as well, while William Gay say 51 snaps (65%).

Upfront, L.T. Walton led the defensive linemen with a 65/83% share of playing time, with Javon Hargrave getting 59% of the snaps (46) and both Daniel McCullers and Johnny Maxey equally receiving 31 snaps (40%).

Ricardo Mathews was the odd man out with 8 total plays, leaving the game due to an injury.

The biggest surprise on this side of the ball was Jarvis Jones, who was inactive a week earlier and appeared to be all but out of the Steelers future plans. Jones playing over three quarters of the game, had a pass deflected, a sack, two quarterback hits, two tackles for loss (he only had one additional tackle) and the forced fumble which eventually led the game into overtime.

I’d say his playing time, and the splash plays he made, raised some eyebrows for his NFL future, even if it’s not in Pittsburgh. Despite that, it looks as though Anthony Chickillo was a scratch, due to limited practice time this week, and Jones was given the nod over Moats: whether that’s a long-term situation, at this time, is unknown. However, it’s good to know there’s someone who can step in and make plays when called upon.

Looking ahead, Tuitt and Harrison will both be available for the Steelers Wildcard game against the Miami Dolphins. I wouldn’t expect much, if any playing time out of Jones going forward. If Chickillo is healthy, he was the only substitution made for Harrison and Dupree over the last few games. That should be the status quo heading into the postseason, while Letterius Walton, who has played outstanding over the last few games, may see a bit more playing time rotation in with Tuitt and Hargave, and especially so if Mathews isn’t good to go.

Regardless, the Steelers look like a team with quality depth ready to make a postseason run.