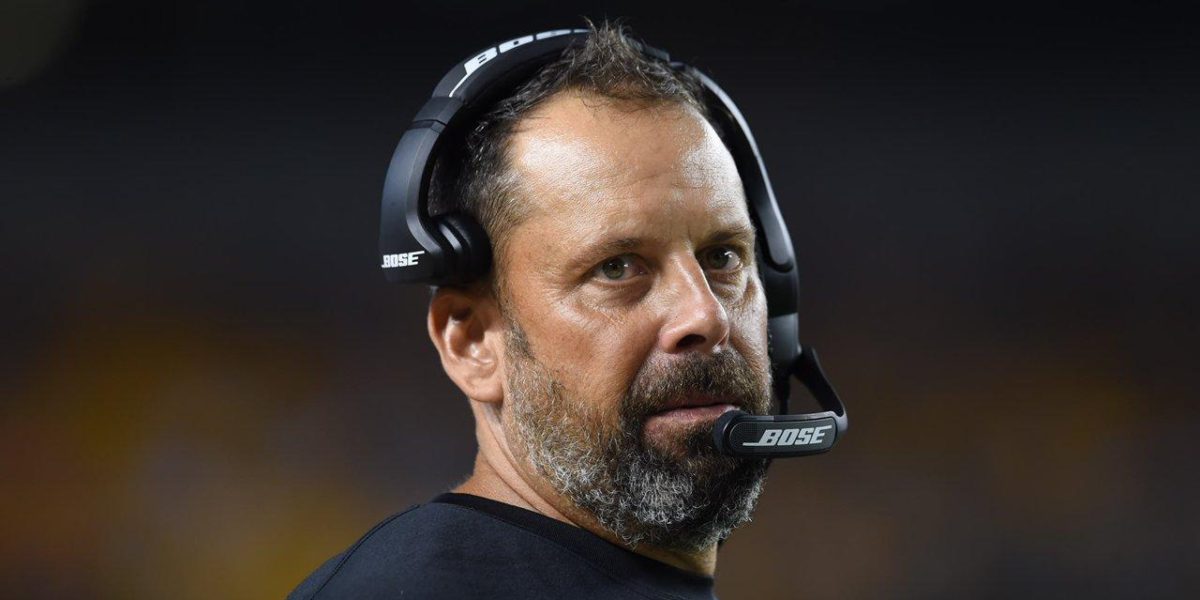 Here’s an offseason story no one has been talking about: Todd Haley signed a two-year contract extension back in January of 2015, which means, the Steelers offensive coordinator is not under contract (as of this moment) when the league year begins on March 9th.

Now, that news might be music to some Steelers fans’ ears, but I always warn that the grass isn’t always greener on the other side.

Once a detriment to the team, the Todd Haley era ushered in video game style statistics for the Steelers offense. Ben Roethlisberger has been sacked less, and put up huge stats. Antonio Brown and Le’Veon Bell both grew into superstars under Haley’s watch as well.

Even consider that Martavis Bryant was a 4th round pick and became a major player in his short time as a professional.

Credit must be given where it’s due: previous OC Bruce Arians’ offenses often sputtered, resulting in field goals and relying on defensive touchdowns to win games. While Haley had caught much of the brunt for two 8-8 seasons during his first two years running the offense, much of frustration could be vented toward retiring defensive stalwarts like Casey Hampton, Aaron Smith, and Troy Polamalu being difficult to replace.

Haley also lacked a running back when Rashard Mendenhall went off the deep end (remember Isaac Redman and Jonathan Dwyer?) but still put the Steelers in a position to compete. In 2013, that 8-8 season was a missed field goal by Kansas City against the Chargers (and blown call by the officials) from getting Pittsburgh into the playoffs.

Yet, the team returned, barnstorming their way to the AFC North division title in 2014, and again in 2016. A Wild Card appearance (and win) dots the year between those seasons, and the Steelers may have been a fumble away from the AFC Championship in 2015, and made their way there in 2016.

Can we really say offense is the problem?

We previously discussed that Pittsburgh had the weapons necessary to take on New England, such as Markus Wheaton, Martavis Bryant and Ladarius Green, but you can only plan so much for injuries and suspensions.

Expectations will be high for 2017 as well, considering all of the same pieces should be back. (Yes, barring a Big Ben retirement among other things.)

So the focus now shifts to whether or not Pittsburgh brings Haley back. The OC was considered to be in the running for a potential head coaching gig, but with all of those openings now (mostly) closed, there may be nowhere else for Todd Haley to go, but back to the Steelers.

Do they really want to start over with a new offense and a new playbook?

That didn’t go over so well with the last transition, which from all indications, was a painful one. Roethlisberger was close friends with Arians, and Haley was (and is) a combative coach.

Apparently that stuff is now water under the bridge… or is it?

Unless you’re living under a rock, it’s well-known that Ben Roethlisberger hinted at walking away from football last week.

Could Ben’s frustration be aimed at the precarious relationship he’s had with the Steelers offensive coordinator?

Could his subtle comment suggest he wants change within the organization?

Is it a coincidence that Todd’s contract is now null and void, and the Steelers don’t have to “force” him into retirement, as they did with Arians several years earlier?

We might be reading too much into the situation, as none of us know what goes on behind closed doors. Even if this were a remote possibility, the Steelers are a class operation that wouldn’t let this news leak, at least not intentionally. (We couldn’t even get a straight word on Ladarius Green’s condition through the 2016 season.)

I’m of the opinion that Haley will probably be back. He is a Pittsburgh native with family ties to the franchise. Those bonds are hard to break, especially when the successes outweigh the failures for those players he’s responsible for. Finding ways to work around injuries could be credited to receivers coach Richard Mann, and offensive line coach Mike Munchak, but Haley is not only their boss, but their peer. He’s one piece of the machine, and possibly one that cannot be easily replaced.

When Haley was brought in for the 2012 season, he was the first outside hire for a coordinator position in 12 years. If Todd doesn’t return, it’s possible that someone like Munchak could be considered as his replacement.

Whether Haley will be back or not, will likely be decided in the coming weeks, as the franchise formulates a strategy for upcoming league year. Placing a coordinator who can maximize Ben’s talents (and career) is one of many big decisions the club will have to make soon.