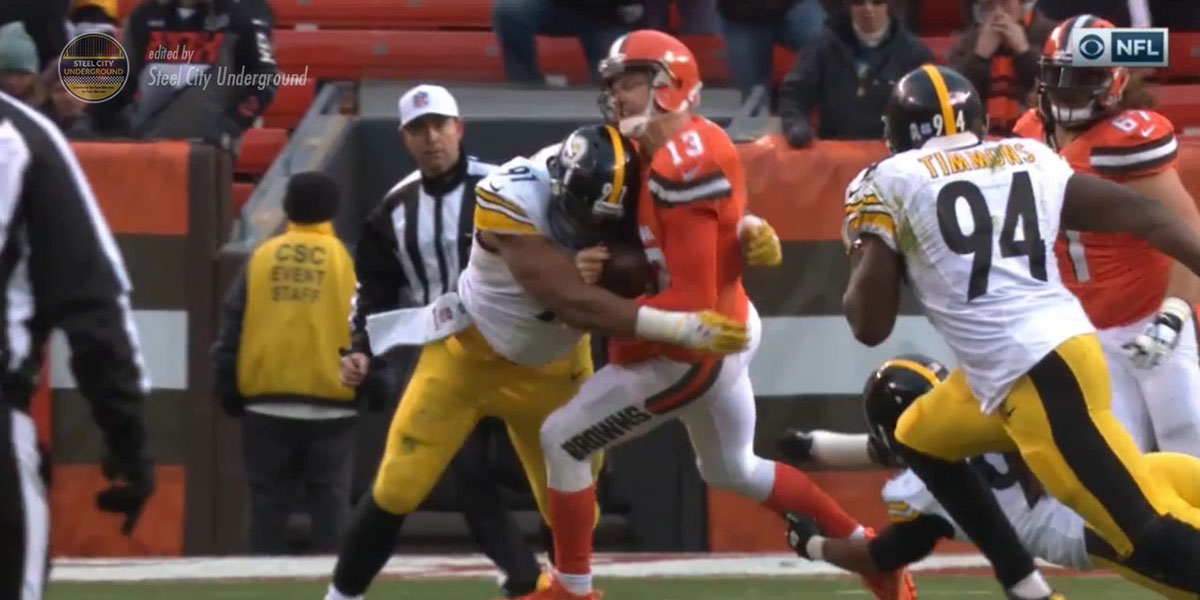 There was a 24-degree wind chill inside of FirstEnergy Stadium in Cleveland, Ohio last November. But it was this play that may have had the most “chilling” effect on fans in attendance.

The Steelers sat at a 4-5 record, attempting to add another loss to the 0-10 Cleveland Browns.

On a 1st-and-15 from their own 20-yard line, Browns QB Josh McCown lined up in shotgun formation with 3:36 left in the 4th quarter. The snap would follow Cleveland’s previous possession, where McCown fumbled in the endzone to give the Steelers a 29-7 lead.

McCown scrambles right of his guard, but even after being rattled moments earlier, the quarterback could not have known what awaited for him beyond the line of scrimmage.

Stayed tuned for more Steelers “Plays of the Year” throughout the offseason, as we review the best of the best from the 2016 campaign.