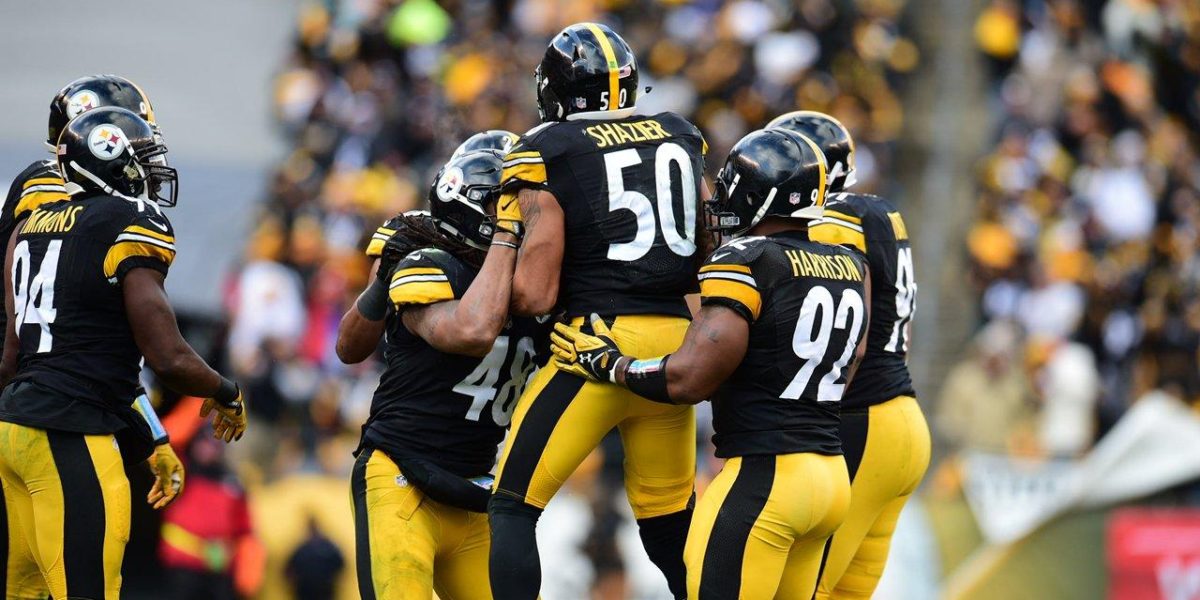 The Steelers play what is referred to as a 3-4 defense. What that effectively means is that they have three down lineman (two ends and a nose tackle) and four linebackers. Two of those linebackers play inside (inside linebacker or ILB), while the other two play on the outside (outside linebacker or OLB).

The two different outside linebackers are the “Joker” (normally the primary rusher) and the “SAM” (who needs to be able to drop into coverage, blitz and play the run). James Harrison and Bud Dupree ended the year as the two outside linebackers for the Steelers. Because they both take on the roles of SAM and Joker, it’s easier to think of them as the “Right OLB” and “Left OLB”.

That’s a big part of why it’s extremely difficult for the Steelers to draft linebackers. They have to fit the system. As General Manager Kevin Colbert has often said, most of what is being done is “projection”. They are flat-out guessing if the guy they draft can do the things they need them to do.

The truth is that there are not a lot of college teams that play the type of defense that prepares guys for being a Steelers linebacker, prompting Colbert to say this about this year’s linebackers at the NFL Scouting Combine:

“We think there is a good group. But again, 90 percent of them are playing with their hand on the ground in college. Until we get them into the combine and put them through pass drop drills and see their personal workout on their pro day, that could maybe give us more evidence of their ability to play in the 3-4 defense.”

The keywords there are “think” and “maybe”. It’s guesswork. Sometimes it works like it has with Bud Dupree. Sometimes it doesn’t as with the newly minted Arizona Cardinal Jarvis Jones.

For this draft, there are a tremendous amount of athletic prospects who “might” fit the Steelers needs, especially at the OLB or “Edge” position. The EDGE categorization is tricky because you have guys who are listed as EDGE rushers who really are more suited to being 4-3 defensive ends, and not 3-4 outside linebackers.

Just slapping the EDGE classification on them does not make them a good fit for the Steelers. They need OLB skills and specifically 3-4 OLB skills.
The good thing is that, as Mike Mayock has said, “[Kevin Colbert] knows what a Steelers linebacker looks like. He knows what one smells like.”

I don’t want to know how he knows that second thing, but that’s okay! The point is he (Colbert) has a pretty good idea of what he’s looking for.

We are going to breakdown “linebackers” in the draft over the coming days. And when I say “linebackers” I mean all linebackers, including the inside and outside varieties.

We’ll see shortly who falls into the Cream, the Crop and the Dregs of this year’s draft.