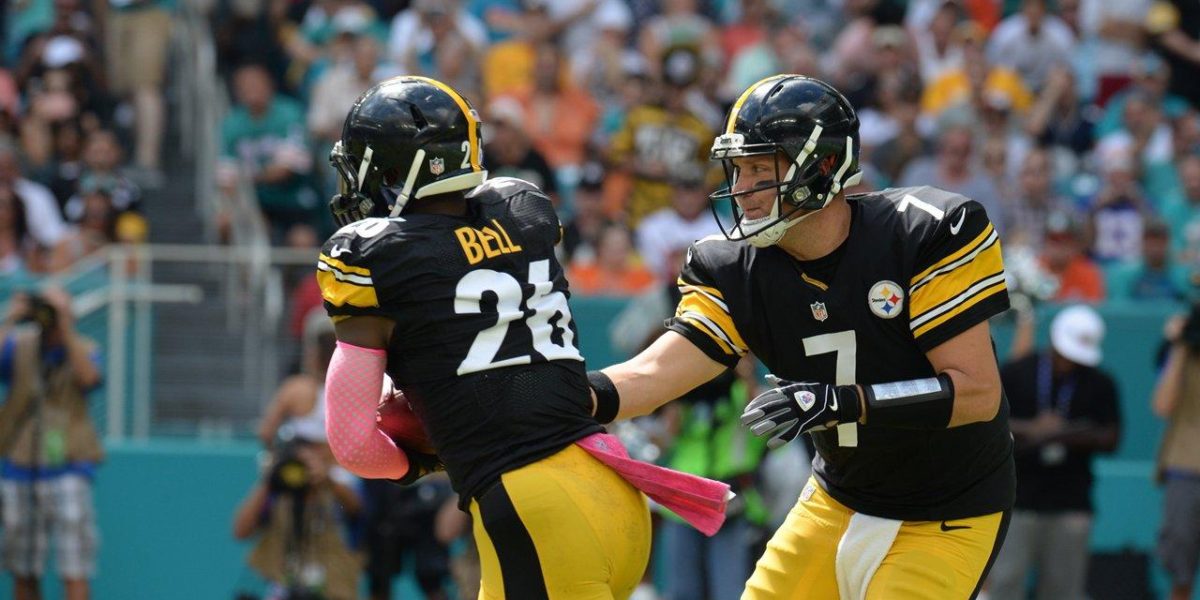 The title might read like a “duh, we know Joe”, or a scenario of offseason slow period writing, but bear with me: this needs saying. About one month away from the NFL Draft, the Pittsburgh Steelers are a team in need of a backup plan for running back Le’Veon Bell.

But mark my words, they aren’t the only team that is in the market for rushing depth.

As I’m known to do, I went and researched last year’s preseason projected starters for each team. The results are interesting in certain cases:

Jeremy Langford, Thomas Rawls, Doug Martin, C.J. Anderson, and Matt Jones were all expected to be the faces of their respective franchises as far as handling rushing duties. However, that didn’t end up as planned, with each succumbing to injuries. Langford and Jones lost their jobs entirely (to Jordan Howard and Robert Kelley) and Rawls kept splitting time with Christine Michael (eventually released) and C.J. Prosise.

When Anderson went down, the Broncos had a platoon of backs at their disposal. Ameer Abdullah was penciled in to rotate with Lions Theo Riddick and Dwayne Washington but eventually saw small school prospect, Zach Zenner, starting due to the ever-revolving door at the position. The Ravens ended with a committee but started out with Justin Forsett, who ended up playing for them and the Broncos and Lions!

The bigger dogs in this yard heading into last season were Adrian Peterson, Jamaal Charles and Eddie Lacy. Lacy would appear in the most games of the trio (5) but left the Packers with utilizing WR Ty Montgomery as a running back while their other efforts (Knile Davis and the forenamed Christine Michael) didn’t pan out. The Vikings were left rotating Matt Asiata and Jerick McKinnon who could only combine for 941 rushing yards total.

The Chiefs were the best equipped to handle the blow to Charles, a move they had become used to in previous seasons. Their backfield carries were shared between Spencer Ware and Charcandrick West, with Ware gaining over 1,300 all-purpose yards last season.

When Doug Martin and his backup Charles Sims both went down in Tampa Bay, the team reached out to free agent Jacquizz Rodgers to take the reigns. Rodgers would also become injured. The Chargers would also juggle running backs, with Melvin Gordon staying healthy for most of the season, but backup Danny Woodhead had missed 27 games over three seasons. (Fantasy gurus might remember the name “Kenneth Farrow” late last season as a waiver wire addition.)

Even the Miami Dolphins had to change plans when they initially signed Arian Foster because they weren’t confident Jay Ajayi could shoulder the load. (He ended up doing better than Foster, who retired a handful of games into the season.)

Ryan Mathews and Rashad Jennings have never been reliable, and even a few of the other consistent running backs, such as Matt Forte, Carlos Hyde and Jonathan Stewart all missed time. In fact, only eight running backs played in all 16 of their team’s games in 2016. Ezekiel Elliott and Le’Veon Bell could be considered exceptions, as both sat in their team’s final regular season game. Bell also missed an additional three games due to suspension.

With the exception of backfields who utilize multiple runners (Detroit, Jacksonville, Cleveland and Cincinnati) or who have capable backups under contract (Tennessee, Kansas City and Dallas) the statistics show that the running back position, which is deep in this year’s draft, could be a potential target for over half of the league’s teams. It also means the Steelers will be in competition for selecting a runner to play behind Bell. This differs greatly to the 2013 NFL Draft where Bell was taken as the second back overall: with the 48th pick in the draft!

I personally suspect that several teams could be in desperate need for a running back this year. Green Bay and Minnesota are two which stick out like a sore thumb. The Raiders failed to re-sign Latavius Murray, leaving a potential void for the starting spot in soon-to-be Las Vegas. I’d be willing to be some of the back-by-committee teams like Seattle and Baltimore may wish to put those rotations to an end if the right player falls on their draft boards as well.

There are many more situations, including ones I didn’t cover (the Atlanta Falcons are loaded at the position with Freeman and Coleman, for example) but it all boils down to a deep draft class potentially being whittled down before the Steelers are ready to spend a selection on a position of lesser priority. Make no mistake about it: the team needs another option behind Bell, who has been hurt and/or missed time in every season he’s played thus far. The emergency “break the glass” situation may be a phone call to see if DeAngelo Williams wants to play another season.

However, if the Steelers want to get younger and more secure at the position (since Williams has also missed time in his two years in Pittsburgh) they will have to target a draft prospect. Just be aware that there are far more NFL franchises looking to do the same this season.