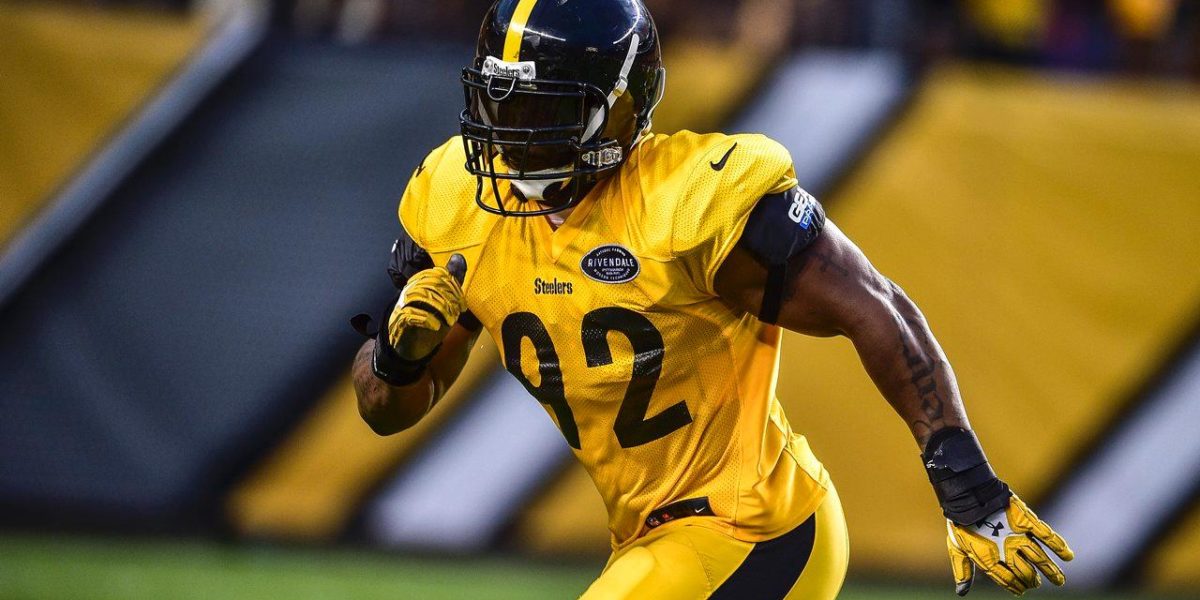 A look at the first Pittsburgh Steelers depth chart of 2017

The Steelers have released their initial depth chart for 2017 and it’s most interesting in that any player not currently participating, is not listed on the chart.

For example, the running back list does not feature Le’Veon Bell or James Conner. Maurkice Pouncey is not listed as the center, nor is Landry Jones behind Big Ben at the moment.

However, as I sift through the initial listing, there are a few positions that I anticipate will change as the preseason progresses. Possibly even after this week. Since the list is a bit jumbled this year, with the lack of non-participants being included, I will breakdown the positions I see changing over the course of the next week or so; while leaving the obvious positions such as Ben Roethlisberger at QB and Antonio Brown as the number one wide receiver without further comment.

Offensively there are a couple of listed positions that I believe have the opportunity to see a change in the coming weeks.

Let’s start at the wide receiver position where Darrius Heyward-Bey is listed as the number two receiver, Eli Rogers as the three, Justin Hunter as the four and JuJu Smith-Schuster as fifth on the depth chart.  I see some major shake-ups with this unit’s depth chart as the preseason sunsets and the regular season sunrises.

I fully expect Heyward-Bey to be released, let alone be the second option at wide receiver. Ultimately, when Martavis Bryant returns, I expect he’ll take the second spot.

I believe Smith-Schuster has the talent and skill set to potentially contend for the second receiver spot as well. The learning curve for rookies at receiver is not that difficult so there is a true opportunity for Smith-Schuster to shine here.

Rogers at three and Hunter at four are also no guarantees as Demarcus Ayers is currently not listed and I believe he has a fantastic opportunity to catapult to the slot receiver in the three hole when he’s healthy.

Justin Hunter is not a lock to make this team, despite being signed this offseason. Sammie Coates can battle him for that spot and I guarantee that Pittsburgh will not keep both of those guys; only one is coming out of the preseason on this roster.

Cobi Hamilton, who is currently listed as sixth is as good as gone.

Tight end also features an interesting battle. Jesse James is currently listed as the number one guy with David Johnson as the backup and Xavier Grimble behind him.  I can actually see any of these three guys ending up in any of the three spots. I tend to lean towards James carrying the starter label into the regular season but believe you’ll see Grimble surpass Johnson for the backup role before camp breaks.

Another note or two on the offensive side of the ball is seeing B.J. Finney listed as the number one center (with Pouncey out) and Fitz Touissant as the starting running back (with Bell and Conner out). What that tells me is both men are locks to make the team when the regular season roster is complete.

Moving onto the defensive side of the ball, most players seem to fit in the roles I anticipate they’ll ultimately start the season at, but I find some battles intriguing nonetheless.

The first area that I anticipate change is at left outside linebacker: a battle between Anthony Chickillo and Arthur Moats. At the moment Chickillo is listed as the backup to Bud Dupree and Moats sits a distant third on the chart. I think Moats has more skill and experience and will leapfrog Chickillo for the backup role by the time the third preseason game is over.

At right inside linebacker, Vince Williams has been given the nod as the starter, and rightfully so. However, I think there is a battle for the backup spot with Steven Johnson currently listed as second on the chart and Tyler Matakevich being third. To me, Matakevich brings more tenacity and has better football instincts than Johnson. He will ultimately be the second man on the depth chart as we navigate through the preseason.

I find right outside linebacker to be a potential battle as well. Yes, James Harrison is listed as the starter and he’s certainly a Pittsburgh legend. The number one pick in 2017, T.J. Watt, sits behind him on the depth chart. Call me crazy but I believe that at some point in the season, the roles will reverse. I think Harrison, at this age, will be more effective as the backup, at least for the middle part of the season, in order to rest his legs. He will find himself spelling Watt, but will still get his snaps; but not necessarily as the starter.

At cornerback, William Gay sits as the number two player on both sides of the field behind Artie Burns and Ross Cockrell.  If Cameron Sutton gets healthy (definitely an if at this point) then I fully believe he becomes the third corner. Sutton could eventually challenge for Cockrell’s spot as a starter, much like Burns did in 2016 as the season progressed.

One last note: Senquez Golson is not listed. As usual, he’s hurt again. If he can’t find a way to get on the field this year in preseason, the Steelers will need to move on without him.

This depth chart is very preliminary and certainly lacks clarity when the non-participants are not listed but it’s certainly worth a look and gives you a bit of a guide on some battles to watch as the preseason unfolds over the coming weeks.