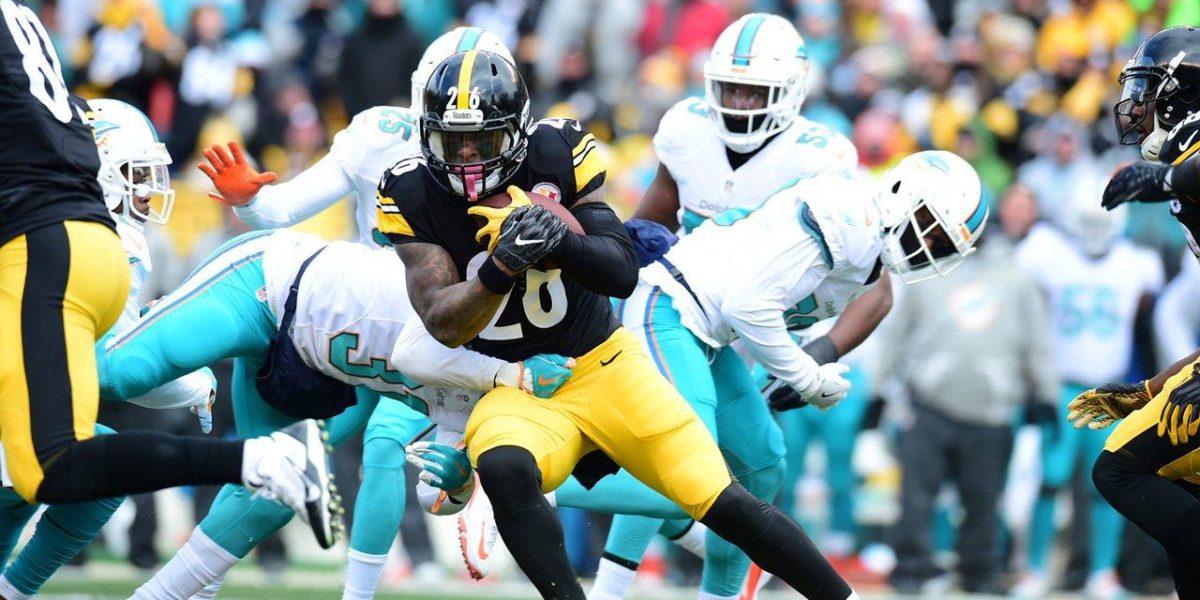 The benefits of moving on from Le’Veon Bell

There’s no doubt the Steelers are in a championship window. Ben Roethlisberger is nearing the end of his extraordinary time in the NFL, and the Steelers locked up All-Pro wide receiver Antonio Brown for what will likely be the remainder of his career.

However, when it came time to strike a deal with one of the league’s best running backs, an extension could not get done.

The Steelers had aspirations of locking up the “Killer B’s” (Ben, Brown, and Bell) to capitalize on this Super Bowl window, but an agreement could not be made to keep the All-Pro running back in black and gold for the foreseeable future.

The Steelers offered Bell upwards of $12M in annual yearly earnings, as well as $30M guaranteed in the first two years. Though it would have made Bell the highest paid running back in the league by nearly $4M per year, he declined the offer. Bell hinted that he believes his value lies somewhere in the $15M per year range (almost twice the yearly salary of the next highest paid running back in the league), stating that he want’s to be paid like the team’s number one running back and number two receiver.

Le’Veon Bell will play the 2017 season under the franchise tag that pays him $12.12M (barring any hold-out he may choose to partake in). However, his future with the Steelers is very cloudy beyond this season. Typically, the Rooney’s are loyal to players they believe are integral to their success, but they are also tough negotiators who won’t be bullied into changing their offers.

Still in the midst of all of this drama, here are some benefits if Bell decides to leave in free agency next year.

The Steelers would save a ton of money in cap space

Bell may very well be the best running back in the entire league. He is dynamic when it comes to catching, running or blocking. His ball-carrier vision is second to none, and he picks up yards effortlessly. However, history shows that it’s just not a good idea to invest high in running backs.

If the Steelers signed Bell to an extension, they wouldn’t just be investing high. Bell would be far and away the most expensive back in the NFL. Even with just the franchise tag, take a look at what Le’Veon is making compared to the top ten paid running backs in the NFL:

Bell’s yearly price tag blows all other running backs out of the water. Yes, Bell is better than LeSean McCoy or Doug Martin, but $12M a year is what you can pay a successful pass rusher in the NFL. Bell’s extension would surely pay him equal or greater than what he’s making under the tag. It’s just not a team-friendly deal, and historically, teams who have paid running backs like this have not been successful.

Despite popular belief, running backs aren’t as important as you may think they are. So much of a running back’s success is dependent on the offensive scheme and the five guys up front. If they’re not blocking, your running back is not going to look good, no matter who they are. Even Adrian Peterson‘s mean average yards per rushing attempt over the past three seasons was just 3.3 yards per carry.

The Steelers have one of the best offensive lines in the league, and to be completely honest, they will help clear a path for whoever is lined up in the backfield. For example, when Bell appeared in just 6 games in 2015 before suffering a knee injury against the Bengals, the Steelers were actually more successful in both the run game and in total offense:

It’s never a good thing when your star running back goes down for any amount of time, but I believe it’s naive to think the scheme and the men up front aren’t important to a running back’s success. Here’s another statistic that shows that, despite impressive play, Bell’s presence doesn’t affect the win column much:

Obviously, Bell is a fantastic running back, but the position just isn’t important enough to spend this kind of money. Instead, the Steelers could take the money they save by not signing Bell and lock up players like Ryan Shazier or Stephon Tuitt. Maybe they could go out and purchase a good player in free agency.

The Steelers will get a high compensatory pick if Bell leaves

This by no means makes up for the loss of an All-Pro running back, but a third round pick is typically a starter for your organization. Ironically enough, the Steelers third round compensatory pick they received this year may end up being the replacement for Bell if he decides to leave.

It would be the start of the James Conner era

I’m not going to say that James Conner is going to be as good as Le’Veon Bell (quite possibly the best running back the Steelers have had in their history). However, it’s to nobody’s surprise that James Conner is a fan favorite. He grew up locally in Erie, PA, he suffered through cancer and has a personality that is impossible to hate.

Though Bell is one of the best backs in the league, and Conner is just a mid-round draft pick who has yet to play a snap in the NFL, he still has impressive credentials. Don’t forget that Conner was once considered one of the best running backs in the nation and a high future draft pick. Here’s a look at both Bell’s and Conner’s best college football season:

Conner missed almost his entire junior season going through chemotherapy, and he was still not up to full strength last season. Yet, Conner’s best year was much more impressive than Le’Veon’s. James Conner’s astonishing sophomore campaign shows a glimpse of what he could bring to the table for the Steelers.

Even more important for the Steelers is the difference in cost between Conner and Bell.

While Bell is entering a one year contract under the franchise tag, Conner still has four years left. Conner could literally play the next four years for the Steelers and it would cost them 1/4 the price of Bell for 2017 alone.

In addition, any new contract would only pay Bell even more in yearly cost and guaranteed money. Can you remember the last time a good franchise like the Patriots handed out 12-15 million a year to a running back? Rolling with Conner would save the Steelers a fortune in cap space that they could use to strengthen an already good roster.

Le’Veon Bell is clearly a special running back, and I would love for him to return to Pittsburgh. However, contract negotiations seem to have headed south, and the Steelers would have to pay an unreasonable amount of money to keep him around for the future.

Though Bell is one of the best running backs in the league, he’s not flawless. He’s had major injuries that have hindered his ability to contribute every game and has been suspended by the league twice in his first four years.

I know some fans will hate me for saying anything negative about Bell, but I truly believe it is a better business decision to let him walk after 2017. The Pittsburgh Steelers are an organization known for winning. I trust them in whatever decision they choose to make regarding Bell. Just know that no matter what happens, there would be some benefits by moving on from Le’Veon Bell.