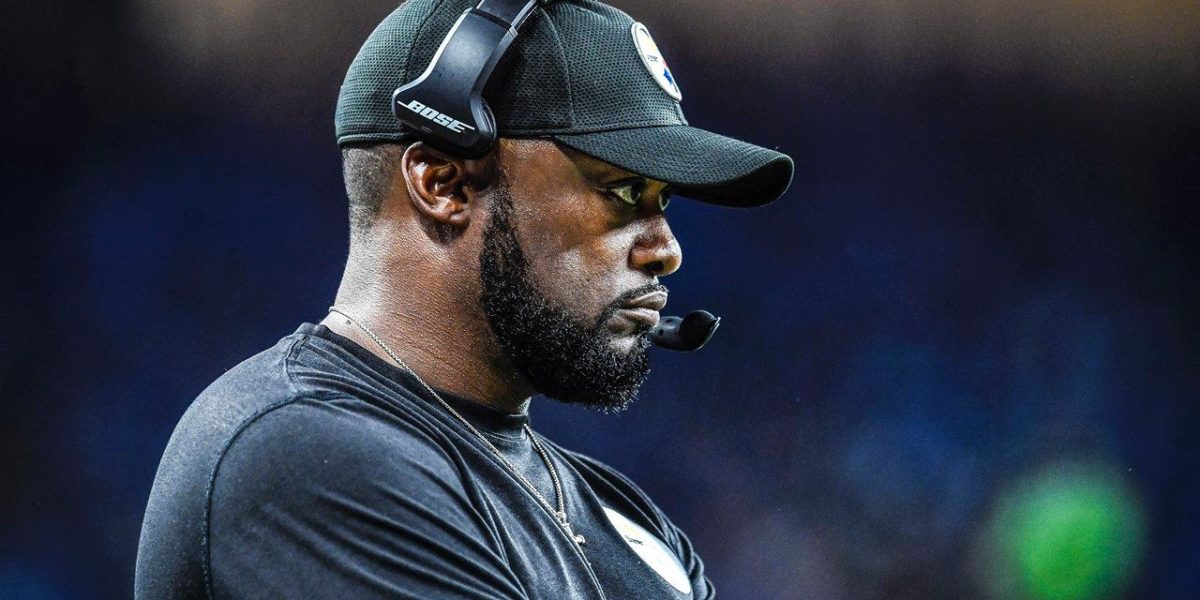 Mike Tomlin opens up about Bryant, Big Ben and playing “down” to opponents

Pittsburgh Steelers head coach Mike Tomlin holds his weekly press conferences every Tuesday. Each week, we will take a glimpse at what stood out from coach’s comments about the previous week and heading into the Steelers next game.

After a week off, Pittsburgh Steelers head coach Mike Tomlin took to the podium to discuss how the team has progressed and how things are looking going forward into this weekend’s road trip to play the Indianapolis Colts. The bye week provided some players to put in some additional practice time, including rookies and those returning from injury:

It provided an opportunity for some developing players to get some work. Specially guys like Josh Dobbs, third quarterback, that can get a lot of work once you start playing football games. Thought he had good couple days of work during the bye week for us. A guy like him, [Cameron] Sutton, young developing guy. A guy that is coming off of an injury getting an opportunity to work and get live reps. I thought it was significant for a number of developing people. Those were just two guys I chose to highlight.

We’ll continue to watch the guys that have missed time in preparation for this game and make necessary plans according to what we see. Those guys being Stephon Tuitt working his way back from his back injury. Marcus Gilbert working his way back from his hamstring injury. Vance McDonald, and a guy that I did not mention was Mike Mitchell who experienced an Achilles injury toward the end of the football game last time out.

We essentially shut [Mitchell] down last week. We will get him revved back up and see where he is in terms of game readiness as we push forward in this preparation.

Coach took some time to dive into individual questions. Up first was how his defense has responded to playing against opposing tight ends this season:

I wouldn’t chalk it up to one specific thing. I think largely we’ve been better and more consistent in rush and coverage, and specifically the combination of rush and coverage. We often talk about how those two things are married.

I think we’ve married them with positive results on a more consistent basis this year. That probably doesn’t directly answer your question regarding the tight ends, but I just think largely, that’s been the discussion with any element of our pass defense.

Naturally, discussion about Martavis Bryant would come up. Tomlin took a minute to discuss whether or not the receiver was in the team’s plans for this Sunday:

I do. He did a nice job of dealing with the suspension and working hard to get better at his craft. That being said, we’re moving forward. But as in all cases, even the injured guys, we’ll let preparation and what happens in that preparation be our guide moving forward.

But I’m comfortable with the trajectory of where he is coming off the missed action.

[Last week Martavis] just came to work with a good attitude like everybody else.

A question from the media asked what Coach Tomlin thought about the defense getting sacks from a collective effort rather than specific players. As per usual, Tomlin was non-committal in a definitive answer, putting the team first:

I’m not opposed to guys putting up freakish numbers, but really, we strive for balance. We’re a group who likes to attack you from all levels of defense – d-line, linebacker, secondary.

I think our numbers reflect that, not only this year, but in recent years. Much like you want to have balance on offense – we want to be able to run it and throw it – we want to have balance in terms of the things we do defensively. Whether it’s the number of people we bring or the number of people employed in coverage or the manner in which we do those things, we’re looking for balance.

And I just think the numbers from a sack-standpoint kind of reflect that mentality.

Coach was asked about Javon Hargrave, who had a great game against the Lions. Tomlin talked about Hargrave’s playing time and plans moving forward:

He’s been a component of that. He’s been a good asset to our efforts, particularly during the time that Stephon Tuitt was down, but his contributions in the pass rush are not something that’s unexpected by us or unanticipated. He was highly regarded at South Carolina State as a pass rusher. I think he maybe had 35, 36 or so career sacks, and I think that regardless of what level you play those numbers are those numbers, particularly when you’re an interior rusher like he is.

Coach Tomlin then answered how the team could improve in the red zone:

It’s funny, a game ago we were talking about similar issues talking about red zone circumstances for both sides of the ball, offensively and defensively. We had a good game defensively, and we moved out of the bottom five I think into the top 10 in one performance.

So, we’re just going to keep working. We better find ways to with along the way… The field is short. There’s less vertical field, so there’s less ground to cover. Just in a nutshell, kind of in global terms, it’s always more difficult to operate because there’s less space in which to work. You can’t stretch people both horizontally and vertically the way that you can in open grass.

So, I would imagine a lot of those things are elements of it. We’re not going to spend a lot of time analyzing the minutia to be quite honest with you. We trust our plan. We trust the people that we’re doing it with. We just need to do it a little better on a more consistent basis, and the challenges that these games present over the course of the coming weeks will provide that opportunity for us.

The Steelers head coach answered some questions about veteran players on the roster such as William Gay, James Harrison and Darrius Heyward-Bay, and what their roles are.

We’re a group who has to be singularly focused professionally. We talked about that a lot openly during the bye week. That singular professional focus is doing what’s required to win.

Guys like you mentioned are poster-boys for that charge – guys who put personal ambition aside, guys who have had larger roles even within this group in the past, but are willing to do whatever we ask them to do in an effort for us to be successful.

So, they’re big components of what we do. It’s much appreciated. But we don’t spend a lot of time talking about it or patting ourselves on the backs because of it because quite simply, if you want to do something special, that approach is very, very necessary.

Of course, someone just had to mention “playing down” to teams with “losing records”…

I think that’s an element of the equations, but I’ve just never been one to be disrespectful of anybody we compete against in the NFL.

I know records are what they are, but I don’t delve into that. I respect everybody that we play. I think anytime we step into a stadium, people are capable of beating us. I think that’s just how it goes.

We played Kansas City a number of years ago. They might’ve been 1-5 or something. They maybe won 10, 11 games in a row after that. In hindsight, that wasn’t a bad football team, but at the time, it could’ve been characterized as such.

So, I don’t worry about records or painting with a broad brush. I think even sometimes we were given more credit than maybe we deserved. Maybe in the past, maybe we weren’t as good as maybe you thought we were. That’s just the reality of it.

Finally, Tomlin addressed some questions about Ben Roethlisberger and how his season could improve over the final eight games.

Just like our football team, we have to take care of the ball better, we need a flare for the dramatic. I think that can apply to him, but it also can apply to us or any one of us.

I meant what I said in those areas. I think that those are critical areas for us to take a significant step as we venture into the second half.

[Ben’s performance is] not based on health. Largely, I think he’s good. I think he’s excited and raring to go.

5 responses to “Mike Tomlin opens up about Bryant, Big Ben and playing “down” to opponents”