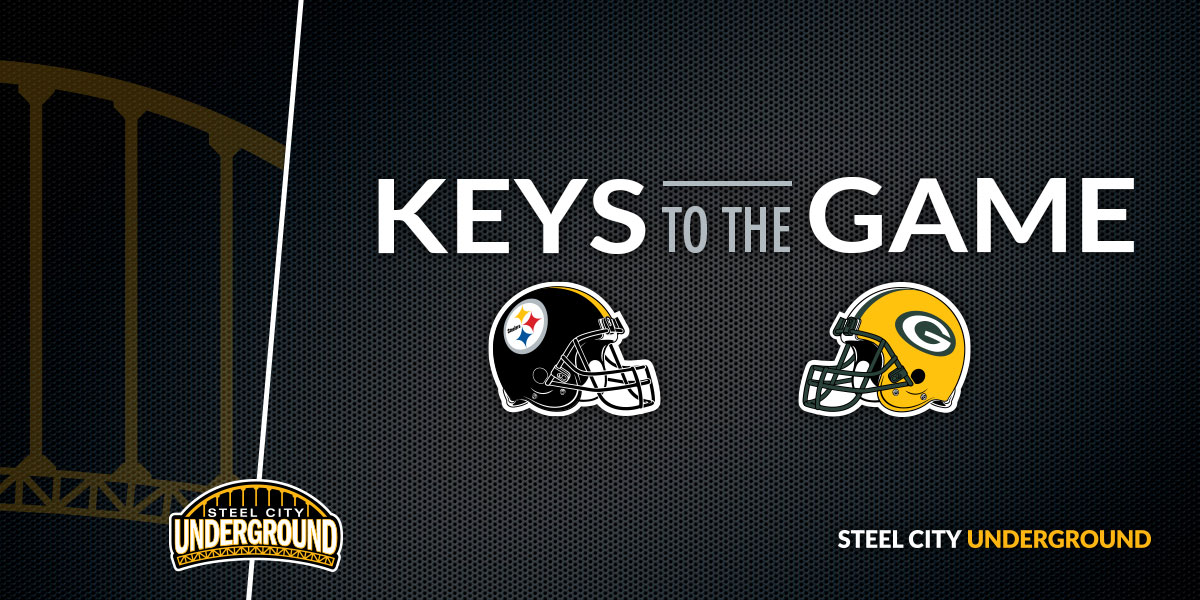 Duel Opinions: What are the keys to beating the Packers?

Each week the Steel City Underground staff will put their brilliant minds to task in order to come up with their keys to the game, or, those players, coaching decisions, or situations which could determine the outcome of the game.

The Packers are a damaged team, and with an inexperienced quarterback in Brett Hundley, they are likely to rely heavily on the run. If they are able to run the ball, it will keep the Steelers offense off the field, and chew up the clock. If the Packers can run, and keep the game close they will have a chance to pull the upset. If the Steelers defense can handle the Packers running game, this should be an easy win for the good guys.

The key to this game for the Steelers is converting in the red zone. Without Aaron Rodgers on the field, the Steelers are clearly a better team than the Packers. They will also be playing a prime-time game at home – which Ben Roethlisberger and company typically do pretty well with.

Defensively, the Steelers shouldn’t have much trouble containing quarterback Brett Hundley and a depleted Green Bay offense. Therefore, if the Steelers can convert in the red zone early, the Packers shouldn’t be able to keep pace with them. Pittsburgh will have a chance to run away with this one.

With Brett Hundley under center and a pair of backups in the offensive backfield, the Steelers defensive front should apply a healthy amount of pressure and create opportunities for 3-and-outs and flip the field. Jordy Nelson has dropped in fantasy value because Hundley just does not have time behind a porous line to set things up and when he does, he holds the ball too long, giving opponents time to adjust on defense…especially defensive backs.

Offensively, the Steelers should engage their rushing game and chew up the clock as well as yards. If they get a beat-up Packers defense to bite and tire, the passing offense will open up nicely.

What I’m really feeling this Sunday night is that the Steelers must play mistake-free football. They’ve largely done so ever since the Jaguars debacle at home back in Week 5, but just like that game, Pittsburgh could keep Green Bay and it’s rookie quarterback in this game by turning the ball over and committing drive-killing penalties.

Even without JuJu Smith-Schuster or Vance McDonald, the Steelers still have plenty of offensive firepower to put up points. So long as Ben Roethlisberger is on his “A” game with the rest of the team, including starting right tackle Chris Hubbard (filling in for the suspended Marcus Gilbert) I feel this could be another decisive game in the Steelers favor.