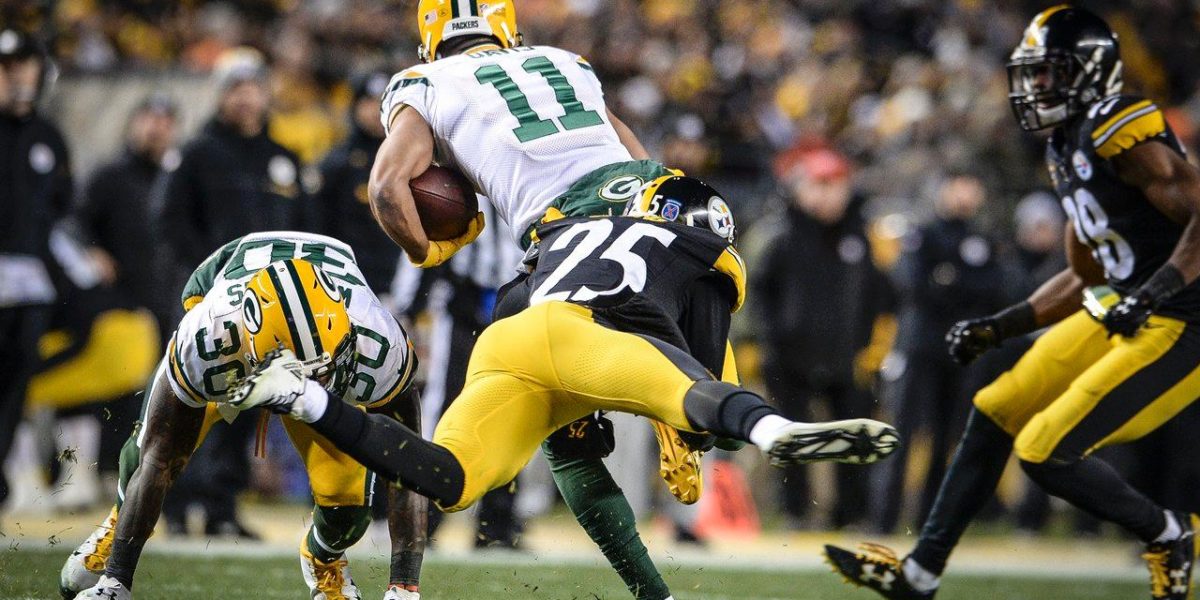 The Steelers pendulum begins to swing another direction

As it always does, the pendulum swings back. That’s exactly what I’m seeing with the Steelers offensive and defensive units as they improved to 9-2 on Sunday night after defeating the Green Bay Packers.

The offense, who had been playing way below their standards; is finally beginning to get things going the past few weeks; having put up 40 and 31 points in back to back weeks, respectively. Ben Roethlisberger, despite his two interceptions vs. Green Bay, is beginning to look on point. He’s sharp, he’s extending plays and he’s throwing the ball to the right receivers at the right time. Something he hadn’t done as often, earlier this season. But, the pendulum had to swing back for him, he’s too good for it not to.

Le’Veon Bell started coming back to normal a month or so ago and he continues to do so. He proved once again that he’s the best running back in all of football. If he’s not making plays in the run game, he’s catching the ball and allowing Roethlisbrerger to check the ball down. Bell was nothing short of spectacular against Green Bay and I fully expect that to continue throughout the remainder of the season.

Obviously, Antonio Brown is always at a high level but if you mix in Martavis Bryant, who appeared motivated and finally displayed some of his talents this past week, along with JuJu Smith-Schuster; you can see that this offense is finally on track after an extended slow start.

They have far too many weapons and far too much talent at the skill positions as well as the offensive line to not begin to see that trend back to normal.

The issue however, is the defenses pendulum is also swinging back. Unfortunately, it’s swinging in the wrong direction.  I won’t question the talent they have on that side of the ball; with guys like Cam Heyward, Stephon Tuitt or Ryan Shazier.  Those guys are high level guys who make impact plays.

However, I do question why James Harrison remains an inactive player on most weeks when it’s clear this defense is very capable of allowing big runs and big pass plays as well. Brett Hundley looked like he was Aaron Rodgers when he played the Pittsburgh Steelers.  Make no mistake about it, the black and gold don’t have a top-level pass defense. Quite frankly, they don’t have a top-level defense overall. I don’t care what the stats tell you, I go by the eye test and my eye tells me that this secondary, in particular, is the teams weakest link.

“But they are a top five pass defense” you say? Yeah, because teams have been running on them. They haven’t needed to pass, so naturally the stats would say they Steelers don’t give up passing yards. Just look at the Jacksonville game to see what I’m talking about.

When Brett Hundley puts up the stats that he did, there is a problem. I like Artie Burns but his youth can hinder him at times. Mike Mitchell hits hard but I don’t think he’s necessarily trustworthy and as much as I like Sean Davis, he ranks second to last, according to Pro Football Focus rankings for Strong Safeties.

He’s not the only one who ranks really low at their respective positions, according to Pro Football Focus.  Bud Dupree ranks very ‘poor’ and TJ Watt is just ‘average’.  Don’t let the Watt name fool you, he hasn’t been solid enough and because of that, along with many other factors, the defenses pendulum is swinging back to reality.

The good news, as it may be, is with the offense coming back the other way, perhaps the two units can cross paths somewhere in the middle and ride this thing out down the stretch.

The pendulum always swings back, it’s just a matter of how far.