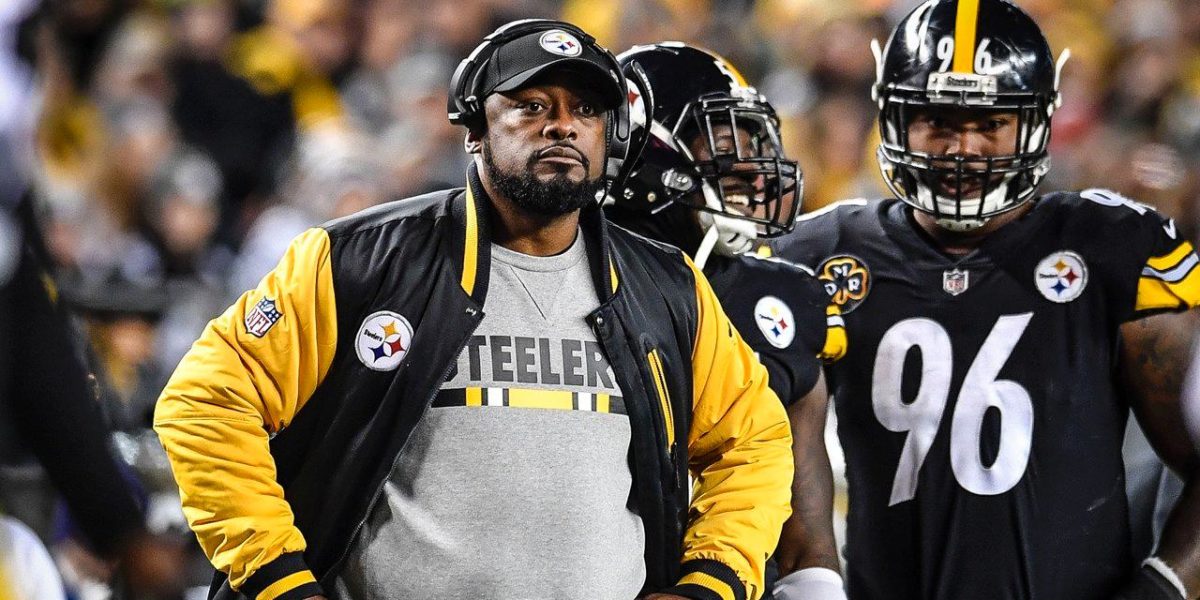 Pittsburgh Steelers head coach Mike Tomlin holds his weekly press conferences every Tuesday. Each week, we will take a glimpse at what stood out from coach’s comments about the previous week and heading into the Steelers next game.

Joe Haden will be out again this week, I don’t have any clarity on his situation or when he’ll return. As we get close I’ll ask more definitive questions about where he is. Not close enough yet he’s out this week.

Two guys that missed last week that definitely have a chance this week are Vance McDonald and JuJu Smith-Schuster. Both guys missed the last game. Both guys have an opportunity to play this week. As always, their practice participation and the quality participation will be our guide.

We had a couple of guys that have ongoing issues or in-game issues. Ryan Shazier and Mike Mitchell with the ankle injuries but I think both guys should be fine. They may be limited at the early portions of the week but should be ready for play.

Re: Martavis Bryant in the return game

We’ll keep looking. That opportunity was born out of the injury to JuJu [Smith-Schuster]. He did some nice things, so we’ll weigh those options as we look at who’s available to us this week.

How much of giving up big plays is mistakes by individuals and how much is miscommunication among the unit?

It’s irrelevant. It really is, and what I mean is it’s all of the above. It’s not just physical errors. It’s above the neck ball because these plays are occurring in situations where we have clues, game situations, down and distance, field position – communication aids in that area as we all prepare and look at ways people can attack us.

So, it might be one man that’s physically getting beat on some of those plays, but if we’re all doing a good job of physically communicating information that we know based on preparation and sharing that information with the group, we have an opportunity to help individuals that may lack a little information.

So that’s what I mean when I say it’s all of the above. We’re collectively responsible for keeping a lid on it. That’s just how I view it.

How much of that do you attribute to the loss of Joe Haden?

I don’t. The standard is the standard. Obviously we’re excited about Joe [Haden] being on our team, and we were when we acquired him. That hasn’t changed. But the 11 guys on the field represent us, and they’ve got a standard to uphold. Our expectations are what they are. We expect Chris Hubbard to block people at right tackle. So that’s just how we approach our business.

Re: Big plays against you happening at the beginning of the third quarter

It’s that and then some. It goes beyond that. I’m not going to outline the minutia in here. In game preparation, you look at how people produce explosion plays, and usually there’s a pattern. Sometimes you get hit by the unforeseen. You adjust, you coach, you move forward. But when you get hit by known issues, it’s troublesome. So, we’ve got some work to do.

Re: Raising the bar of receiver play in the league. Players having the ability to toe-tap and stretch the field

I think that could be said about any aspect of play. I just think that over time, there are significant people who set the standard for doing something and others mimic it. I know in that particular case on our football team, Antonio’s [Brown] talent on the sideline has raised the bar for all of our wideouts.

They all mimic it in preparation. Plays like that have really kind of become commonplace on our practice field because of the standard that he sets, not only because of his talents, but his work. I think young guys mimic that, and I think the same thing can be said globally about any techniques.

I’m sure there’s probably 16-year-old runners out there showing great patience running like Le’Veon Bell for example. It’s just the nature of our game, but also all games.

Why do you think teams are going after Artie Burns more?

No, I haven’t thought a lot about it. Artie’s [Burns] a young corner. They’ve been throwing at him since he’s been in the lineup. The second half of last year, all this year – that’s what people do. They go after young corners.

What did you think when Mason Crosby tried for the 57-yard field goal? Did you think it was out of his range?

I don’t know [Mason] Crosby, so I was watching it just like everybody else.

T.J. Watt lineup up in the slot against Jordy Nelson and made a nice play. Is that something he’s learned? What makes him such a good pass defender?

I just think overall, that global awareness helps him and helps anyone make those types of plays that you mentioned when they’re seemingly outmanned. Knowledge levels that playing field, and for a young guy, he’s displayed unusual knowledge.

Was he asked to do that in Wisconsin?

There were very similar schemes. There was a lot of carry-over in terms of the things that he was asked to do. It was really what’s made the evaluation process a fun one. There was very little grey. We watched him do the things at Wisconsin that we ask him to do today.

You’ve been in a lot of Bengals games where the outcome had a bearing on the division. Does it change anything when you’re four games up?

How about for your team? Is it harder to get them up for the game?

I understand what you’re asking. Maybe globally it’s a reasonable question. I just think AFC North, Cincinnati Bengals, our recent history against these guys, how emotional these games are, how big these games have been – how many times have we played these guys in December and January in the last few years? And seemingly always in Cincy.

I think those things have captured the attention of our guys. It’s AFC North ball.

Have you seen Cameron Heyward getting doubled more frequently? Do you expect to see more of it now?

I think we’re so multiple defensively, particularly in those scenarios – possession downs and so forth – that it’s difficult to do that, to identify anyone in that way. We bring such a myriad of people – DBs, outside linebackers, inside linebackers along with the defensive line – that I really think that that’s a slippery slope, trying to minimize his impact.

I think that’s probably one of the reasons that he’s continued to be effective and it’s difficult to slow down his progress. He’s playing really well, but he’s probably difficult to minimize because of the multiple things we do in those circumstances.

Transcript provided by the Pittsburgh Steelers. Edited for publication.