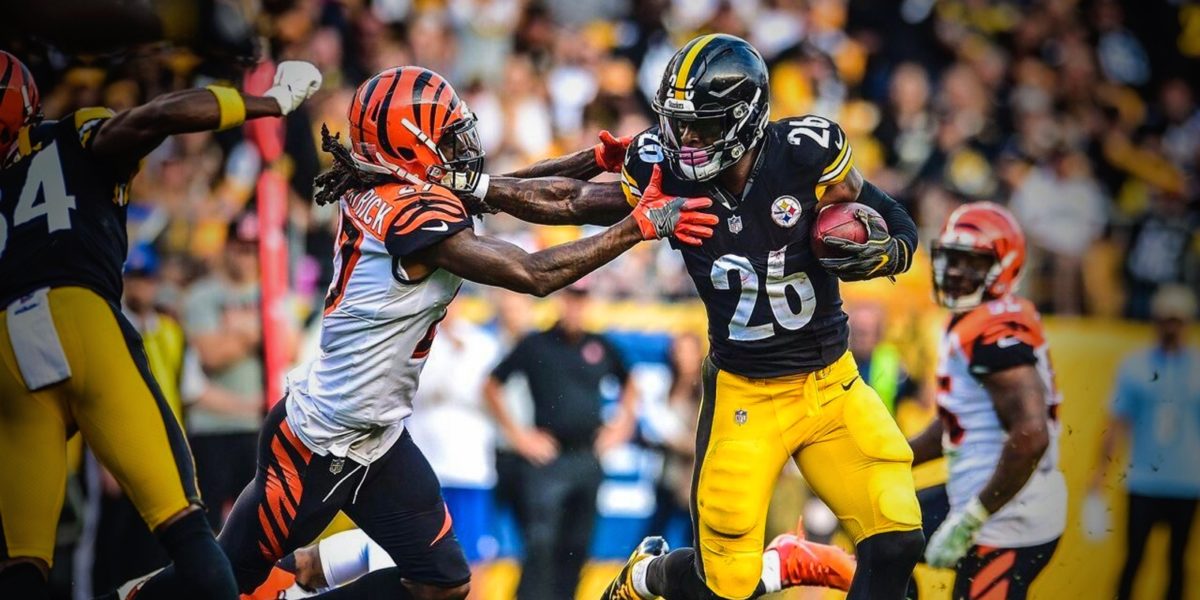 In an AFC North Division matchup before a national TV crowd, the Pittsburgh Steelers will face the Cincinnati Bengals on Monday night at Paul Brown Stadium. The 9-2 Steelers have won six straight games while the 5-6 Bengals are scrambling to step into a wild card spot. Ahead of the game, plenty is being said, but the coaches, their staff, and players are putting it all out there as to how they see the upcoming rivalry game and what it means for their seasons.

“It’s an exciting time. It’s Monday Night Football, it’s Pittsburgh, and it’s an important game,” Bengals head coach Marvin Lewis explained this week. “They’re leading our division, and they beat us up there (in Pittsburgh) … They’re coming here now, and it’s a big football game for us because we don’t get any more do-overs. We’ve got to get it done.”

“It’s an honor and a privilege to play primetime football. One that I think our guys really embrace and enjoy,” Steelers head coach Mike Tomlin said of the game. “(The game will) be highly charged I’d imagine. Emotional environment. We have to keep our poise.”

These two coaches are familiar with each other and what each team is bringing to the table. While there have been some games in the past that have put pressure on Tomlin and Lewis due to on-field incidents, they’re both professionals who want to encourage their players to put their best play on display on Monday night. With Pittsburgh tied for the best record in the AFC entering Week 13 (with the New England Patriots), the Steelers are ranked seventh in the NFL on offense (367.0 net yards per game) and fourth on defense (289.4). The Bengals entered their Week 12 against the Cleveland Browns ranked last in the league in net rushing yards (68.0 yards per game average), but look to repeat their season-high 152 yards on the ground against a Browns defense that was ranked sixth in the league in rushing yards allowed (91.7)

What the Steelers are saying

“There’s always an urgency when you get to this time of year,” quarterback Ben Roethlisberger said after a practice session this week. “And you start getting that feeling that (the season is) winding down and you need to start playing your best football.”

The Steelers offense has warmed up over the past two weeks, putting up 40 points against the Tennessee Titans and 31 against the Green Bay Packers. On Sunday Night Football, the Steelers set season-highs in first downs (28), net yards (462) and third-down efficiency (8-of-13 for 62 percent). The offense recorded 121 rushing yards and had 341 passing yards – the first time the team has gone over 100-plus/300-plus in 2017. That was all capped off by Chris Boswell‘s stadium-tying record 53-yard field goal to secure the win.

“That’s kind of always what we’ve been saying, is how close we are,” Roethlisberger said when he was asked about where he felt the offense was at, “and I think that boils down to just making plays…Maybe we’re just starting to click.”

For me, I am 100 percent on Cincinnati and nothing else. That is my biggest focus because these guys are gonna come out to get us. They want to ruin our playoff chances. – B. Roethlisberger

The Steelers defense has seen guys like Cameron Heyward and T.J. Watt step up in big ways while, in the past two games, the defensive backfield has struggled without Joe Haden in the lineup. That isn’t stopping the players from taking steps to improve ahead of a physical game with the Bengals.  As for how they plan on doing so, defensive end Stephon Tuitt said, “The answer is just detailing. Technical detail. We need to start getting better before the playoffs.”

Tomlin said that much of what has hindered the defensive backs have been mental breakdowns. “Many of (those) downs can be won above the neck. Forget what you do physically, having an understanding of how people attack you and when people attack you is an element of that to us.”

What the Bengals are saying

The Bengals will face one of several potential playoff-bound teams in the back end of their schedule, but there is a sense that a run of their own starts by putting it all on the line against the Steelers.

“If we win the game, it won’t really change much for them, and we’ll still have another must-win game the following week,” safety George Iloka said. “(A win) just keeps us alive. And for them, it will just irritate them. They’ll still be whatever they’ll be if they lose.”

The Bengals are ranked 10th in scoring defense, at 19.5 per game, and Paul Guenther isn’t worried about the numbers on ranking sheets but how his squad performs. “My job is to limit points, period. That’s what I get paid to do,” Guenther said. “It’s not holding them to 200 yards but have three plays be touchdowns. Regardless of where they get the ball – if we turn it over (on offense) and it’s on the 10-yard line – let’s go play defense. Hold them to three. I’m paid to keep (opponents) off the scoreboard.”

As for the play of defensive end Carlos Dunlap‘s play, Guenther said, “The key thing for Carlos is that he’s an athlete and a very big athlete. He’s explosive and he just makes plays. He has also developed into a mature guy and a team leader.”

The quarterback has a clock, too. If I can’t get there before he throws it, then I jump and get the hand up. – C. Dunlap

“We control our own destiny,” wide receiver A.J. Green emphasized. “We just didn’t win the games we needed to (early). We still have the same energy. Nobody is hanging his hat. Nobody is feeling sorry for himself. We just have to go and play.”

“All anyone can do is keep working and keep (their) eyes focused,” said cornerback Adam Jones. “When things aren’t going right, you need to keep your mouth shut and keep working. I’m just going to keep working and doing what I can do to help the team win.”