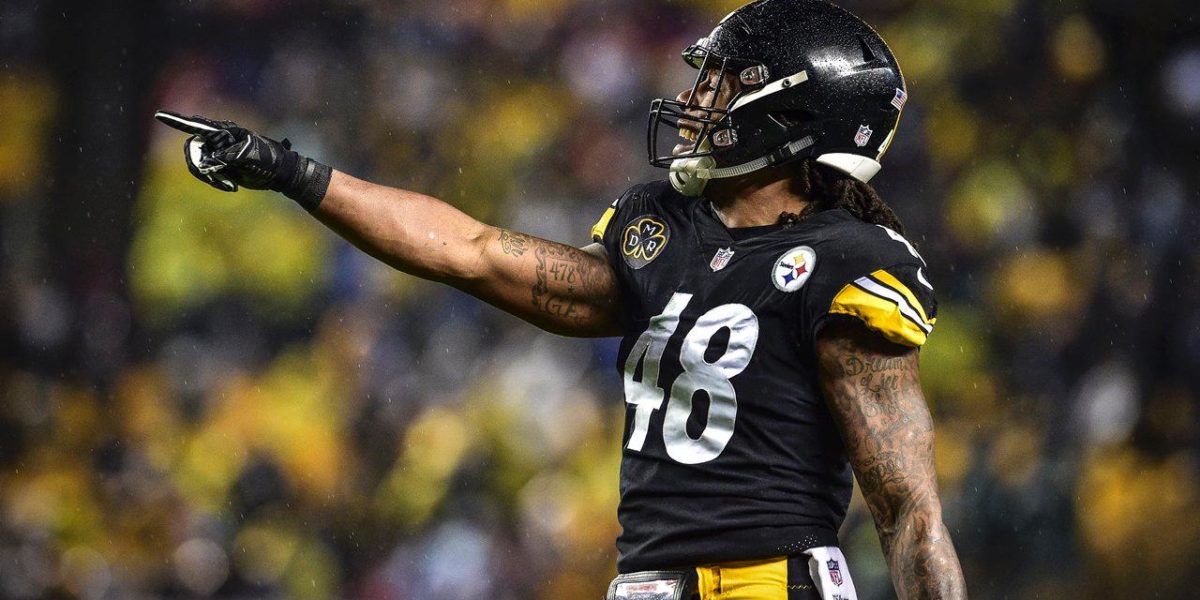 4 reasons Bud Dupree should never be compared to Jarvis Jones

As the Steelers season has come to an end, criticism from the fans towards individual players and coaches has started to come in. This is usual when the season ends short of expectations i.e. a Super Bowl win.

Some of the criticism is very understanding. However, there is one player that has been receiving a ton of criticism that doesn’t deserve it just yet. Although he may not have performed as well as people had hoped, outside linebacker Bud Dupree doesn’t deserve to be given up on yet.

The most atrocious criticisms of Dupree that people have been saying are that he is the same type of player as Jarvis Jones and/or Dupree, like Jones, is a bust.

With that being said, here are some reasons why Dupree is nowhere close to being the disappointment that Jones was.

Although people were also quick to label Jones as a bust before he left the Steelers for Arizona, Jones saw a lot more playing time earlier in his career than Dupree. Jones started eight games as a rookie and only recorded one sack. He then started seven games in his second season and all 15 games in his third season. In his final season with the Steelers, he started nine games.

Even with Jones starting and getting significant playing time during his four seasons with the Steelers, he never finished a season with more than two sacks.

Dupree just finished his third season with the Steelers. As a rookie Dupree only started five games and then only played in seven games in 2016 due to injury. The 2017 season was his first season as a full-time starter.

With that being said, we really haven’t seen enough of Dupree to determine how good he is truly going to be.

Dupree Has Been Much More Productive

As I just mentioned, Jones was a huge disappointment statistically during his time in Pittsburgh. One thing that a lot of people forget is that Jones was once mentioned as the top draft prospect in his class before being injured in his senior season at Georgia. When the Steelers landed him, many considered the pick a draft steal.

Those hopes were a letdown as Jones never finished a season with more than two sacks.

The one thing that Dupree and Jones have in common is that they were both drafted lower than they were projected. Growing up in Lexington as a Kentucky Wildcats fan, as well as a Steelers fan, I was beyond excited when Bud fell to the Steelers when many experts had him listed as a top ten pick.

However, unlike Jones, Bud has actually lived up to some of the early hype. As a rookie, Bud only started five games but was able to finish the season with four sacks. He improved those numbers to 4.5 sacks in 2016 (even though he was limited to playing in seven games).

In his first season as a full-time starter, Dupree finished with 6 sacks, which is three times more than Jones ever finished a season with. Through his first three season, in 38 games (24 starts), Dupree has 14.5 sacks with 67 solo tackles.

In Jones’ first three seasons, he appeared in 36 games with 26 starts. He would only amass 5 sacks with 54 solo tackles, forcing two fumbles to Dupree’s one. Jones would finish his career in Pittsburgh appearing in 50 games (35 starts) good for 6 sacks and 84 solo tackles. He forced two more fumbles in his final season for a grand total of four.

That amounts to 17 more tackles and 8.5 fewer sacks than Dupree in 9 more starts and a dozen more games played.

If you don’t buy the comparison, and still want to call Dupree a “bust” consider James Harrison, the Steelers all-time sacks leader, recorded 15.5 sacks in 41 games (12 official starts) between a three-year span of 2014-2016. That’s three extra games than Dupree played in over the same span with only one extra sack to show for.

Bud Is A Freak Athlete

One thing that I know about Dupree after watching him for four years at Kentucky and in his time with the Steelers is that he is an outstanding athlete. In college, he made several game-changing plays. (My favorite memory of him is when he took an interception back for a touchdown against South Carolina to take the lead.)

Let’s also not forget that he ran a 4.5 40-yard dash and had a vertical of 42 inches at the NFL Combine; which is extremely impressive for someone who measures up at 6’4″, 269 pounds.

In his career with the Steelers, I believe that he has continued to show his athleticism. He uses his speed to get past offensive tackles and strength to eat up blocks to free up other guys.

Dupree is also a reliable outside linebacker in the passing game. People may criticize him because he doesn’t have any interceptions in the stat book, but he has never been a liability and I can’t think of a single time this season where he was taken advantage of in coverage.

According to Pro Football Focus (PFF), Dupree dropped into coverage the fifth-most amount of snaps of any edge defender (3-4 outside linebackers or defensive ends in a 4-3) in the league. The fifth-most coverage snaps, 137 of his 850 snaps, are further skewed when you consider he played the 19th most total snaps among those edge players.

And for those expecting Dupree to have output like Chandler Jones (17 sacks) or Calais Campbell (14.5) should lower their expectations: of the top ten sack leaders in the edge defender category, only one dropped into coverage more than 5% of the time (Ryan Kerrigan, 5.98%, 13 sacks).

In other words, Dupree has had less opportunity both in the number of total snaps he plays on the field, as well as the number of times he actually rushes the passer, yet still finished in the top ten of (10th to be exact) of those edge defenders (who played at least 400 snaps this season).

What Does The Future Hold For Bud Dupree?

I strongly believe that there is still a lot of great football left for Dupree. The young duo of Dupree and Watt could be a dominant force for many years to come.

Some fans have toyed with the idea of trying to use Dupree as an inside linebacker, due to the injury to Ryan Shazier. However, I believe Bud is best suited as an outside linebacker.

Although he may not have the stats some people look for, Dupree can still pose a huge threat as a pass rusher. Sometimes that means freeing up his teammates for sacks. (Cam Heyward plays alongside Dupree and led the team with 12 sacks in 2017.)

A lot of people may see this as a very bold prediction, but I can honestly see Bud Dupree being an All-Pro outside linebacker at some point in his career.