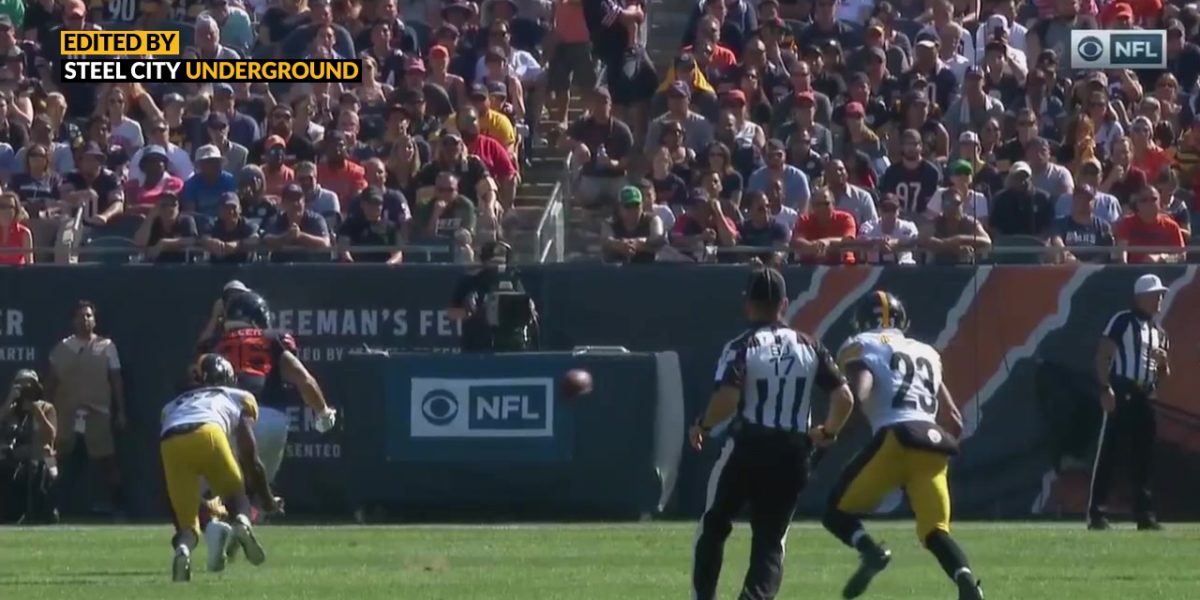 Having a highlight from so early in the 2017 season, from J.J. Wilcox, really shines a spotlight on two different disappointments from Week 3: a Steelers loss and how Wilcox eventually fell out of the team’s plans as the season progressed.

Alas, all wasn’t doom and gloom, even with the Steelers still trailing on the road against the Chicago Bears. Down by three deep into the fourth quarter, there was still hope that Pittsburgh could right the ship and walk out of Soldier Field with a victory. It was time for someone to step up and give the team a chance to prevail on the road.

That, someone, happened to be Steelers safety, J.J. Wilcox. Subbing in for an injured Sean Davis, in one of the few times Wilcox would receive playing time last season, the safety comes up with an unlikely interception with an equally unlikely catch, giving the Steelers the ball and a chance to take the lead.

However, Pittsburgh’s offense stalled and they would settle for a game-tying field goal following the change of possession. The game would wind up going to overtime, where the Steelers would fall to the Bears by a final score of 23-17.