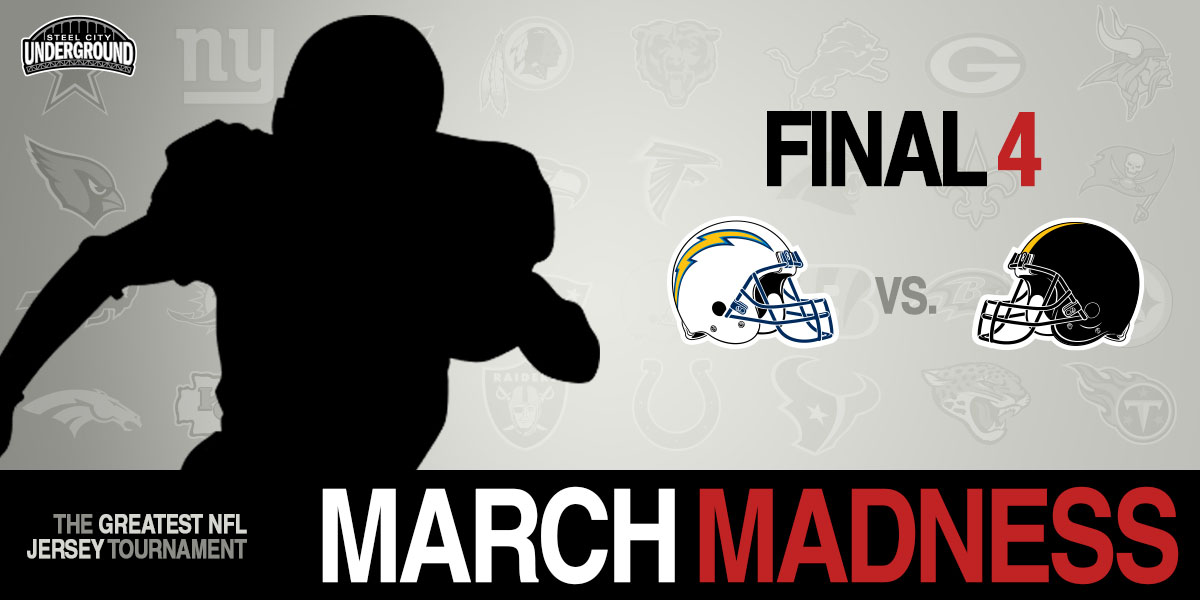 The Chargers and Steelers face off for uniform supremacy. Who will end up the champion at the end? Let’s see how the two teams look:

I’m young (or old) enough to remember when the current Chargers uniforms were their throwbacks. The white helmet with the variations of blue and powder blue was so popular they once again became the default style of choice for the team that moved to Los Angeles last season… and thankfully didn’t tweak a thing! 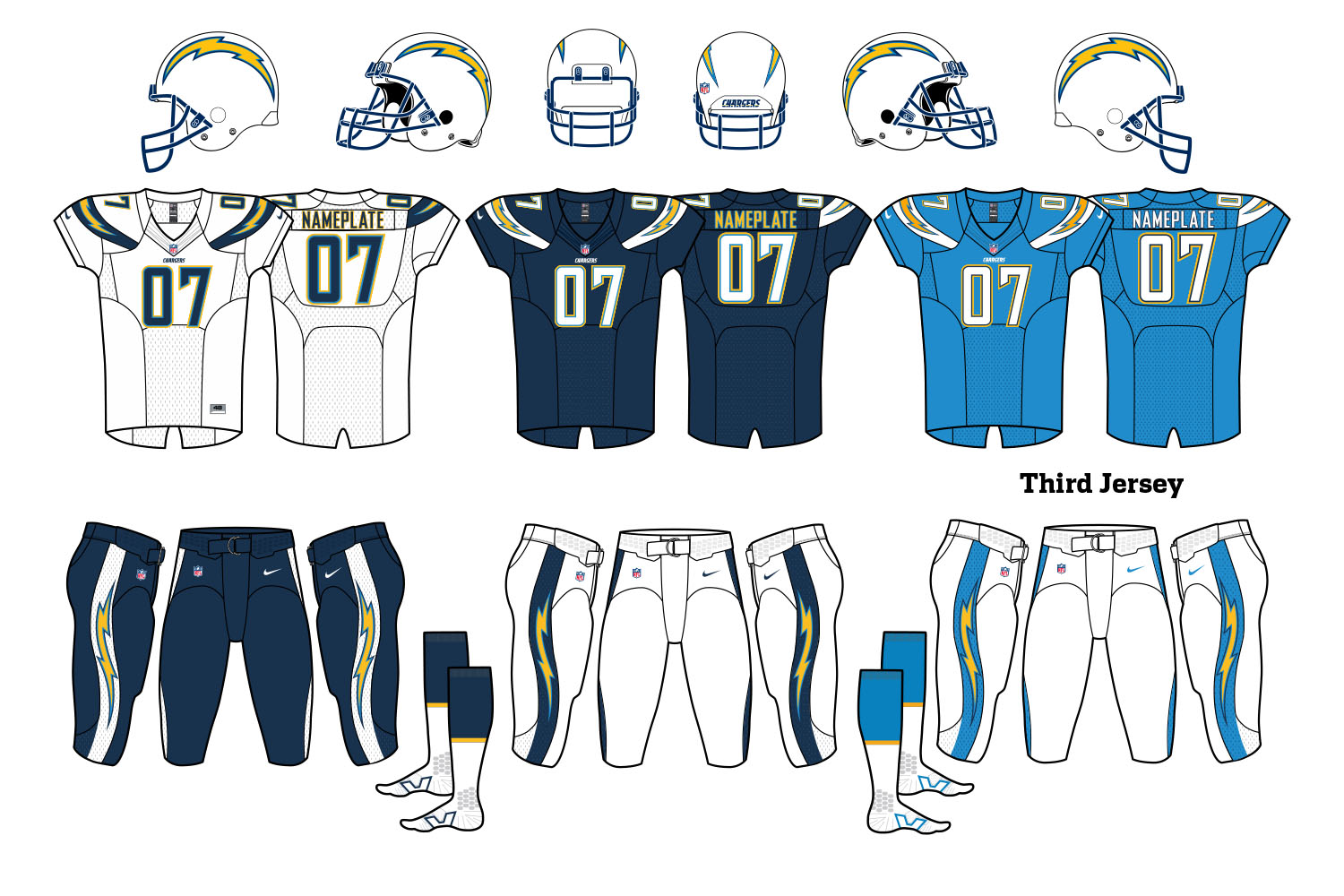 Considering the source of our contest, the Steelers mostly traditional uniform may be a favorite to win this tournament. Black and gold forever, the uniform has remained mostly the same throughout the years, with small tweaks to the font used for numbers and the addition of the team logo near the end of the 90’s.

The helmets remain the only in the league to feature a team logo on only one side. 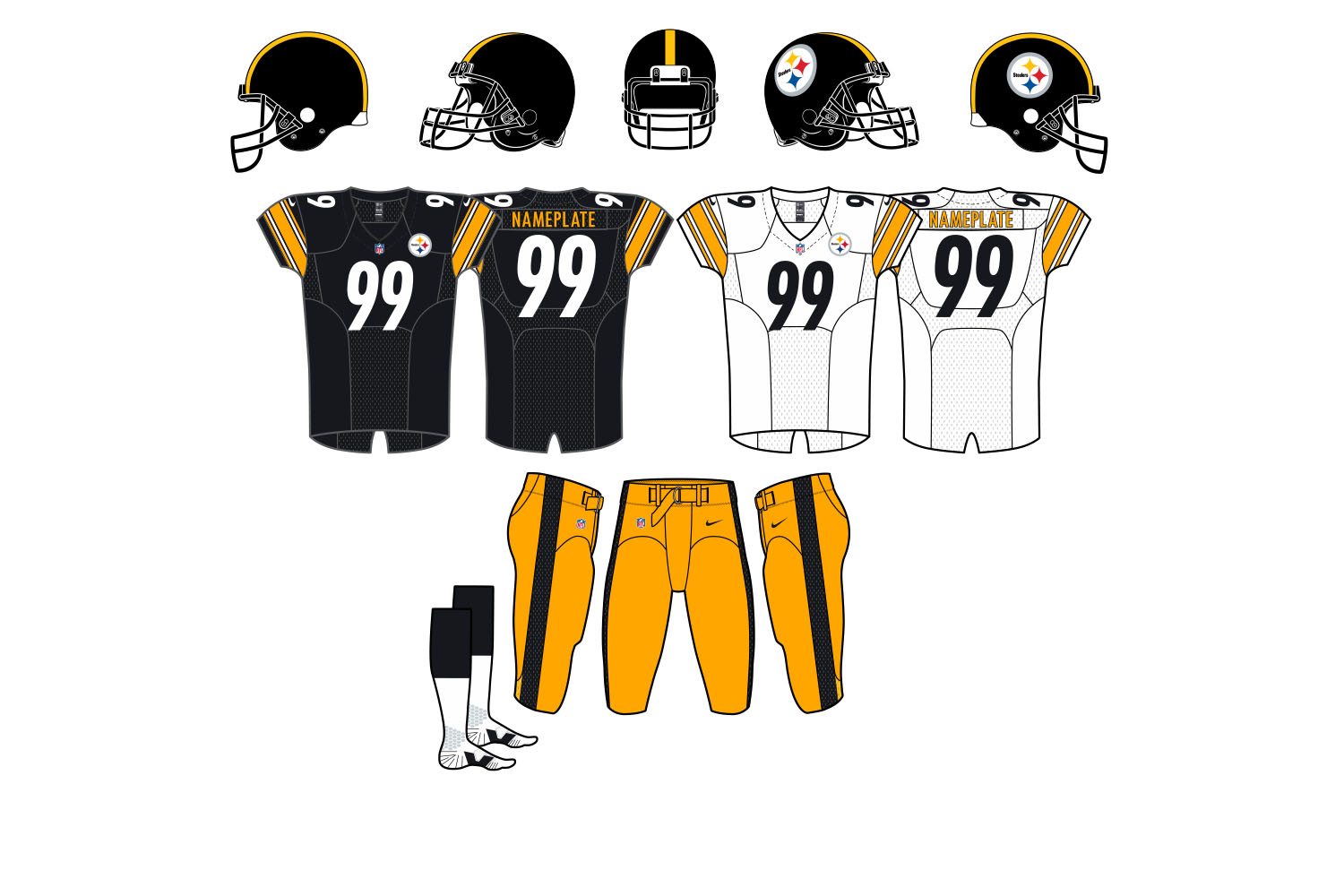