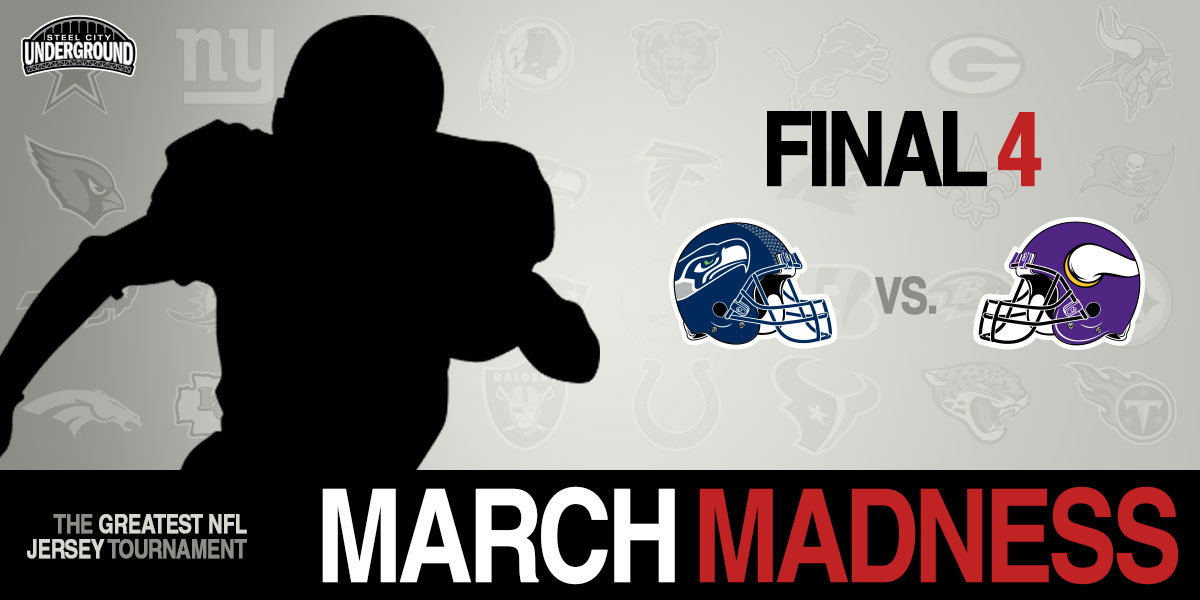 The Seahawks and Vikings face off for uniform supremacy. Who will end up the champion at the end? Let’s see how the two teams look:

The Seahawks had a recent makeover when local uniform supplier Nike took over the NFL license. Nike kept some of the previous themes while adding green trim seen with other Seattle sports teams (Supersonics, Sounders) to tie in an overall theme. 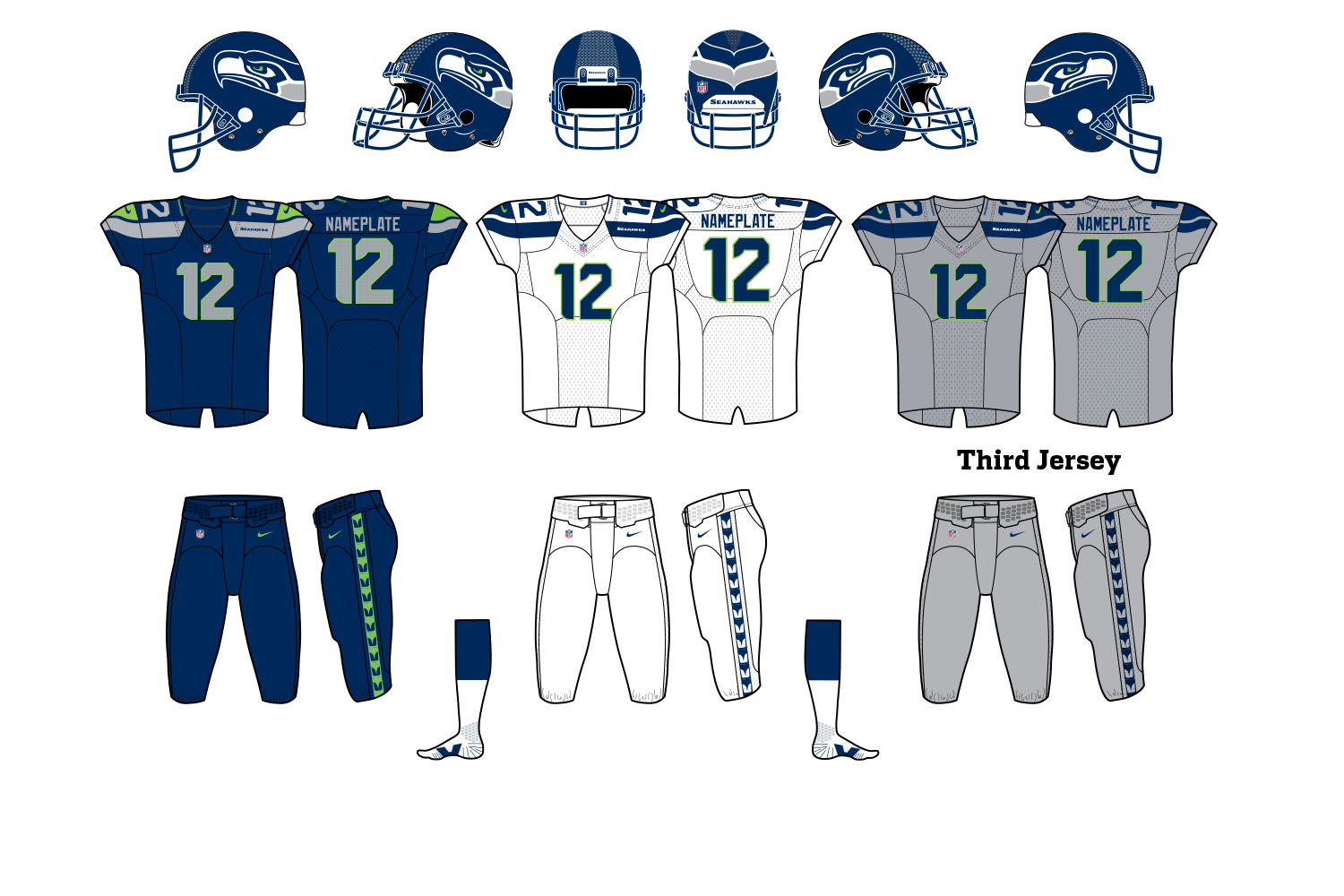 The Vikings are another team which made a recent update but largely stuck with tradition in doing so. The new numbers are custom-made and more than befitting of a “viking” while the traditional purple and gold remain the same. 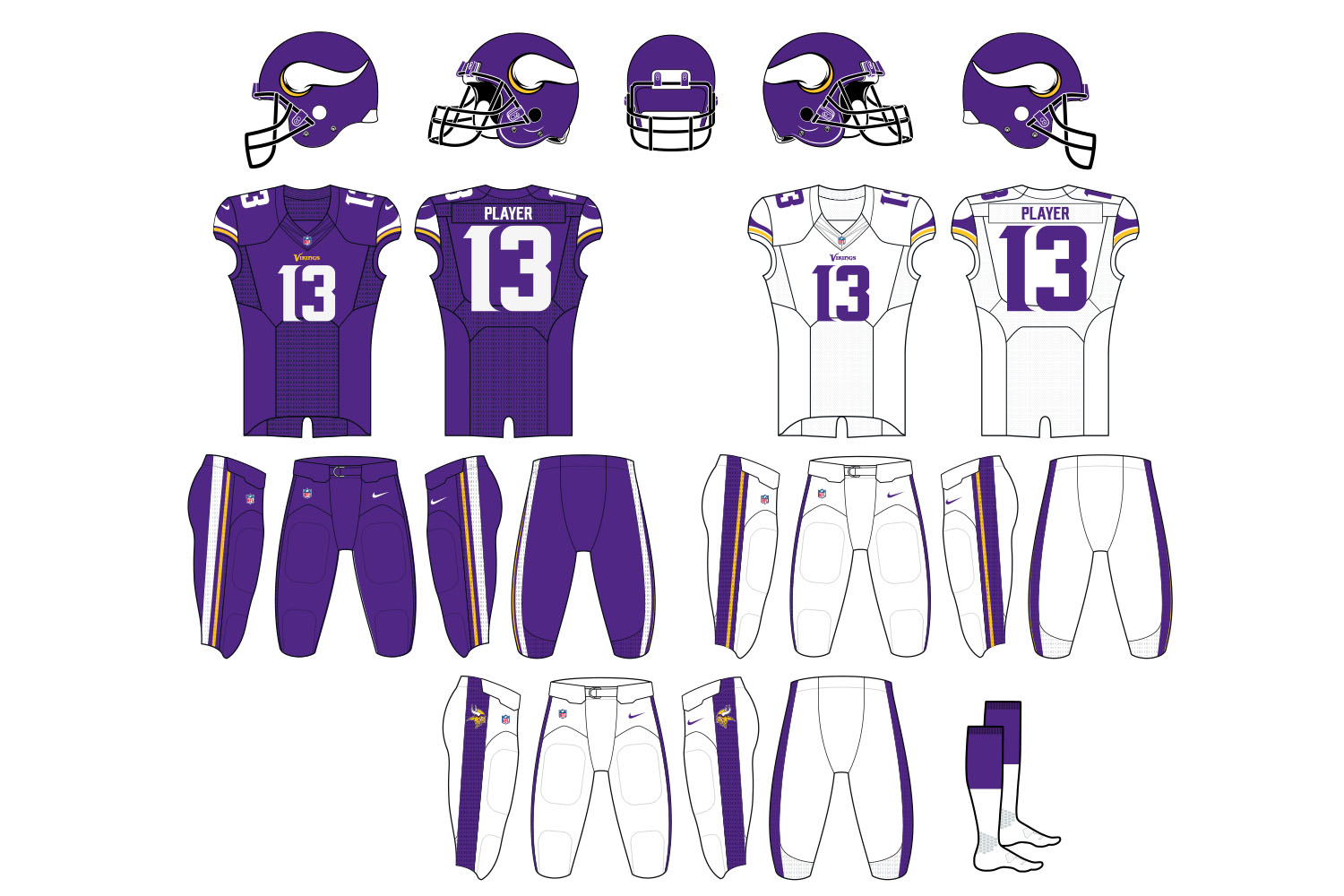