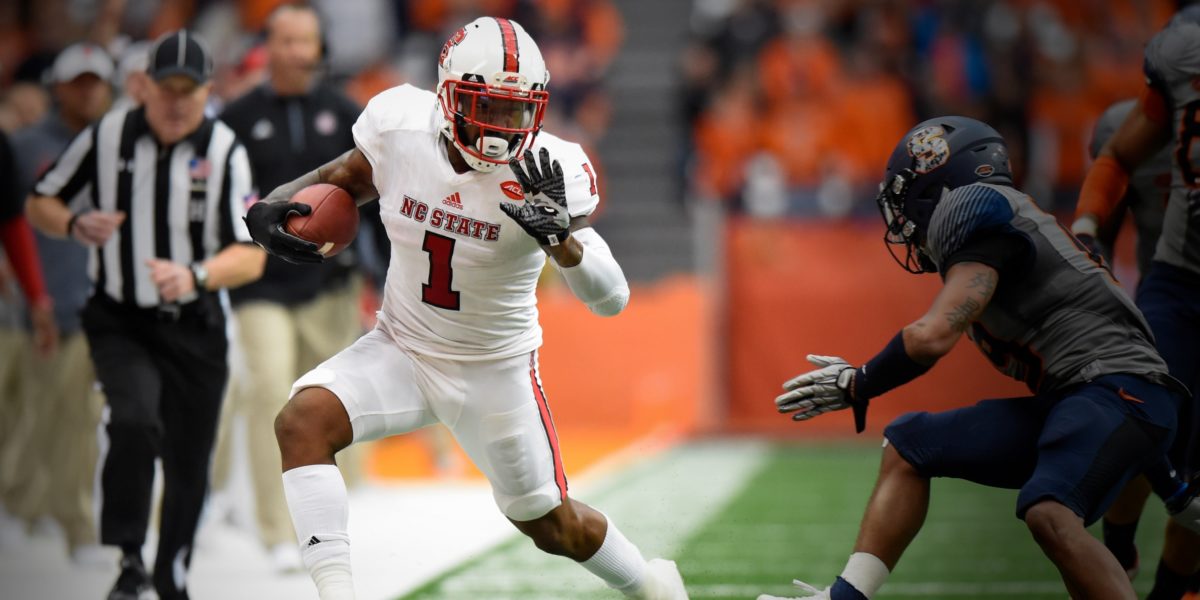 With the 165th overall pick in the 2018 NFL Draft, the Pittsburgh Steelers selected Jaylen Samuels of North Carolina State. Samuels, listed as a tight end by the Wolfpack, showed an exceptional level of versatility in their offense. The Steelers could utilize Samuels at either the running back or tight end position in what looks to be an evolving Pittsburgh squad, on both sides of the ball, with some non-traditional position players added via the Draft in 2018.

Samuels was a first-team All-ACC and third-team All-American during the 2015 season. With 65, Samuels had more receptions than any other tight end in the nation and was fifth-best in Wolfpack history. Adding 16 touchdowns (nine rushing/ seven receiving), Samuels tied Torry Holt (1998) with the third-best record in a single season and earned the Torry Holt Award as North Carolina State’s most valuable offensive player.

After setting the North Carolina State record for receptions in a career (202) and ranking second in Wolfpack history in total touchdowns (47 – ranked third-most in the ACC), sixth in touchdown runs (28), fourth in touchdown catches (19), the Steelers – who are still in talks with Le’Veon Bell – grabbed a player that presents numerous options in their offense. Having caught at least one receptions in 41 straight games (the fifth-best streak in the FBS in 2017), Samuels proved that he was also very reliable.

At 6’0″, 225 lbs., Samuels isn’t the typical size for a fullback and is a bit smaller than traditional NFL tight ends. He could best be described as a ‘tweener’; athletically built to be a receiver with a bit more bulk. Listed by some as an “H-back”, Samuels is an offensive weapon, period. He was the Wolfpack’s biggest threat in the red zone and that is a tool the Steelers can’t help but put into their kit.

Samuels was used as an all-purpose player in college and there is no reason the Steelers wouldn’t try him at different spots, including in the slot receiver position, during training camp. His ability to help diversify personnel groupings on offense, excel in special teams play, and enter the game as a goal-line running back makes him a late-draft snag that could have a big payoff.