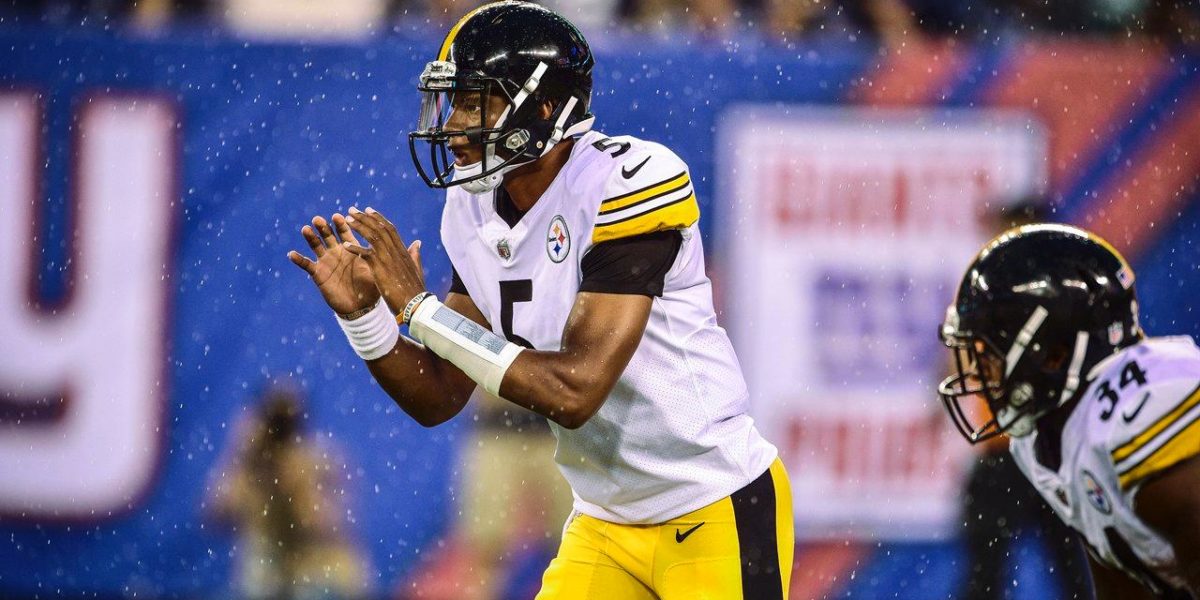 With the dust having settled on the 2018 NFL Draft, I’ve started setting my eyes toward the upcoming season, and gave this an early thought: which Steelers might be on the hot seat this year? Meaning, which players may need to have a great season or be on their best behavior to ensure they’re back in 2019? Or, whose job is at risk?

I came up with four names which may surprise you. Here are my way too early predictions for the hot seat.

A big body who hasn’t had much impact, everyone (including myself) was surprised that McCullers was brought back on a one-year deal.

But don’t let that fool you: his contract isn’t for much money and his release would have little to no impact on the Steelers salary cap.

With the team taking Alabama DT Joshua Frazier in the seventh round of the draft, plus the return of some practice squad players and other undrafted free agents, McCullers is on the hot seat. He saw little time in defensive action and mainly plied his trade as a special teams player.

McCullers is probably more expendable than any other player that made the 53-man roster last season.

The Steelers just drafted a highly anticipated quarterback in Mason Rudolph. His arrival means that a team that now has four quarterbacks on their roster, and traditionally only keeps three, will likely cut one.

As much as people may want to fantasize about Landry Jone’s demise, he’s already had a productive career as a backup quarterback by virtue of entering his seventh NFL season. Even if he were cut tomorrow, there’s a very good chance another team would bring Jones on, even in a backup role.

Therefore, it’s the other quarterback, Joshua Dobbs, who has the most to lose this offseason. His seat will be on fire to perform like he never has before and force the coaching staff to make a difficult decision on which of the two passers go: he or Jones.

Because face it: Rudolph isn’t getting cut and Ben Roethlisberger is going nowhere fast. Therefore it’s definitely down to Jones and Dobbs for a theoretical “final spot” on the depth chart. With Jones being the veteran, the onus is on on Dobbs proving Jones is no longer necessary to retain.

For a guy who wants to be paid twice as much as the next highest paid player at his position, Bell will be walking on thin ice this offseason. The Steelers aren’t ones to cave to contract demands, and especially so given what those demands are. Le’Veon sat out last year’s training camp and waited until the last possible moment to sign his franchise tag tender. He’s in a position to do the same this season, and the Steelers may just take a wait and see approach on the situation.

Would Bell hold out into the regular season?

I wouldn’t think so, based on the amount of money he’d stand to lose. But there’s also the long-term effect of his holding out, which saw Bell get off to a slow start in 2017 and see his numbers decline. There’s also his workload and age, which may both dictate whether or not he’s going to continue on as the same dynamic player he has been in past seasons.

And also don’t forget he’s had off-field trouble in his past, which hopefully stays there. We saw the Steelers move on from Martavis Bryant, and they could already be planning on a life after Le’Veon. Last season they drafted James Conner. This season they selected Jaylen Samuels and also brought back veteran Stevan Ridley.

Those bodies, along with incumbent Fitzgerald Toussaint, will all have significant time in camp to impress coaches if Bell sits out.

That could be a bad thing for Bell in the long run.

Why is Big Ben on the hot seat?

Well, it’s his own bed he made. His recent comments, along with those over the years, are starting to wear thin on some people.

Who can forget his tirade about needing time in the offseason, which hinted at a possible retirement? Those comments forced the team’s hand in not renewing offensive coordinator Todd Haley’s contract.

Ben has had his best seasons as a quarterback with Haley at the helm. That puts Roethlisberger under fire if he should have a slow start in 2018 too. When 2017 didn’t begin his way, he mentioned that “maybe I don’t have it anymore.”

If the coaching staff gets wind of that, they have Mason Rudolph, a young man they were smitten with during the draft process, waiting in the wings.

I’m not suggesting a quarterback controversy is on the horizon. Yet, depending on how Ben carries himself, he could be walking on eggshells toward a similar situation the Green Bay Packers dealt with when they drafted Aaron Rodgers as Brett Favre‘s heir.