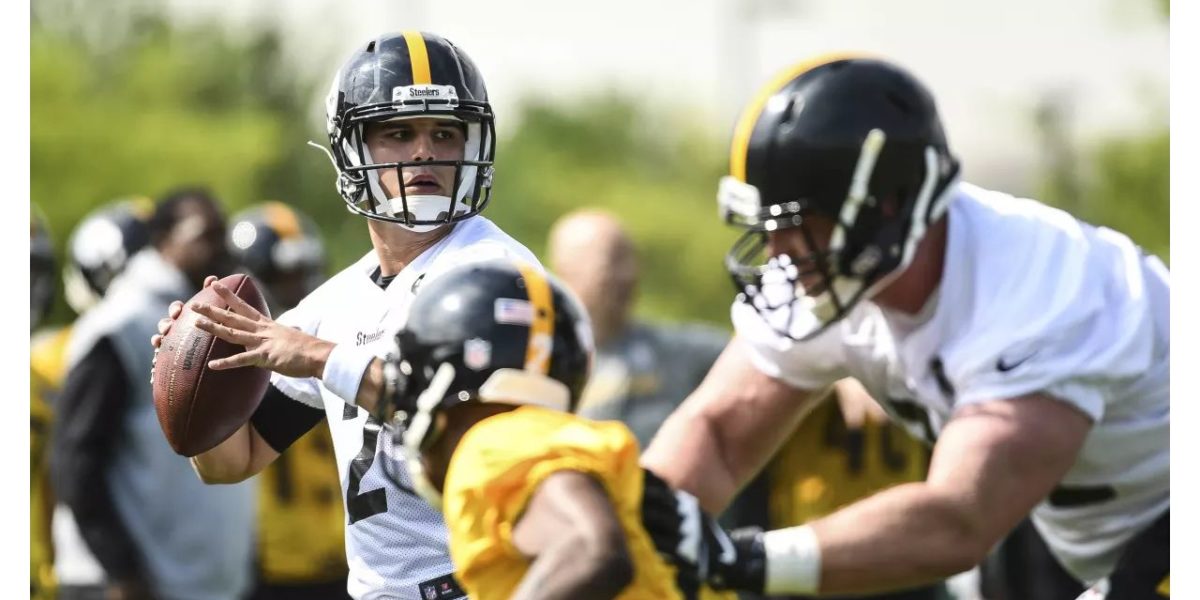 There was a lot of noise about this year’s quarterback class during the 2018 NFL Draft. Prior to the picks being made, speculation ran rampant about who the Cleveland Browns would take with the top overall selection. When the dust settled, the Browns shocked the world by taking Oklahoma QB Baker Mayfield one overall.

But the Browns weren’t the only team in their division to make noise at the position. The Baltimore Ravens also turned heads by trading back up into the first round with the Super Bowl champion Philadelphia Eagles. That pick would be the last of the first round, and a bang to end day one of the draft.

The reason Baltimore’s pick was surprising is that they already have a highly-paid, Super Bowl-winning quarterback on the roster: Joe Flacco. How Jackson will fit into the Ravens future is undetermined at this time, but there’s no doubt that the team sees him as part of their plans.

What we would learn on day two, however, is that the “arms race” in the AFC North was far from over. With five quarterbacks off the board in the first round, the attention turned toward the sixth quarterback with a similar grade, Oklahoma State’s Mason Rudolph. Which team would pull the trigger on him and at what point?

What we witnessed the next day was yet another draft surprise. In addition to the Browns and Ravens, another AFC North team had an extreme amount of interest in the Oklahoma State product and were prepared to make him a member of their team.

The only problem was, that team, the Cincinnati Bengals, wasn’t prepared for their division rival to leapfrog them and take Rudolph instead. Jumping from pick 79 to pick 76 after a trade with the Seattle Seahawks, the world would discover that the Steelers were eager to grab Rudolph. Getting wind that the Bengals, who owned picks 77 and 78 and lost backup QB A.J. McCarron to free agency was going to pull the trigger on the passer, Pittsburgh made the move to prevent that from happening.

Mason Rudolph would hear his name announced as taken 76th overall in the 2018 NFL Draft by the Steelers, leaving the Bengals on the clock and with Rudolph off of the board.

The Steelers move was a shocker, not only because they moved up, but due to also having a Super Bowl-winning, franchise quarterback on their roster in Ben Roethlisberger. But with Big Ben’s offseason comments about potential retirement a year prior, and a player whom the Steelers had a first-round grade on falling into the third, they felt it necessary to plan for their own future by making sure Rudolph was a part of it.

But that didn’t mean the arms race was over.

A move which flew under the radar on day three of the draft was the AFC North going after yet another signal caller. The Bengals would be the last of the division’s teams to join the fray by drafting Toledo’s Logan Woodside. Cincinnati acquired the pick from the New England Patriots last August for LB Marquis Flowers. Woodside would be the taken several picks before Mr. Irrelevant with pick 249.

While Woodside wasn’t a highly graded prospect (six other quarterbacks went between Rudolph’s and his selection) he could compete for a backup spot behind Bengals starter Andy Dalton. What’s odd in saying that is, the Bengals may have the most stable quarterback situation within a five-year window, when looking down that path now. The Browns signed former Bills QB Tyrod Taylor this offseason, even going as far as to name him the starter for this season in advance of the draft, but they didn’t take Mayfield with the first pick overall to have him sit on the bench.

Joe Flacco, who just turned 33-years-old, enters a 2018 year after which his lucrative and salary cap crippling contract will become expendable. He’ll turn 34 before the 2019 season. The Ravens also have 2017 backup, Ryan Mallet, and free agent signee Robert Griffin III on their roster.) The 36-year-old Roethlisberger has already flirted with hanging up his cleats over a year ago, potentially leaving all but the Bengals with a young, inexperienced quarterback as their future starter. (My apologies to Matt Barkley, but you don’t qualify as a veteran backup.)

That’s putting a lot of eggs in the prediction basket, as we don’t know the path of the veteran quarterbacks at this time, nor how the rookies will produce.

Yet, one thing is for certain: the AFC North is poised for an “arms race” over the next few seasons.