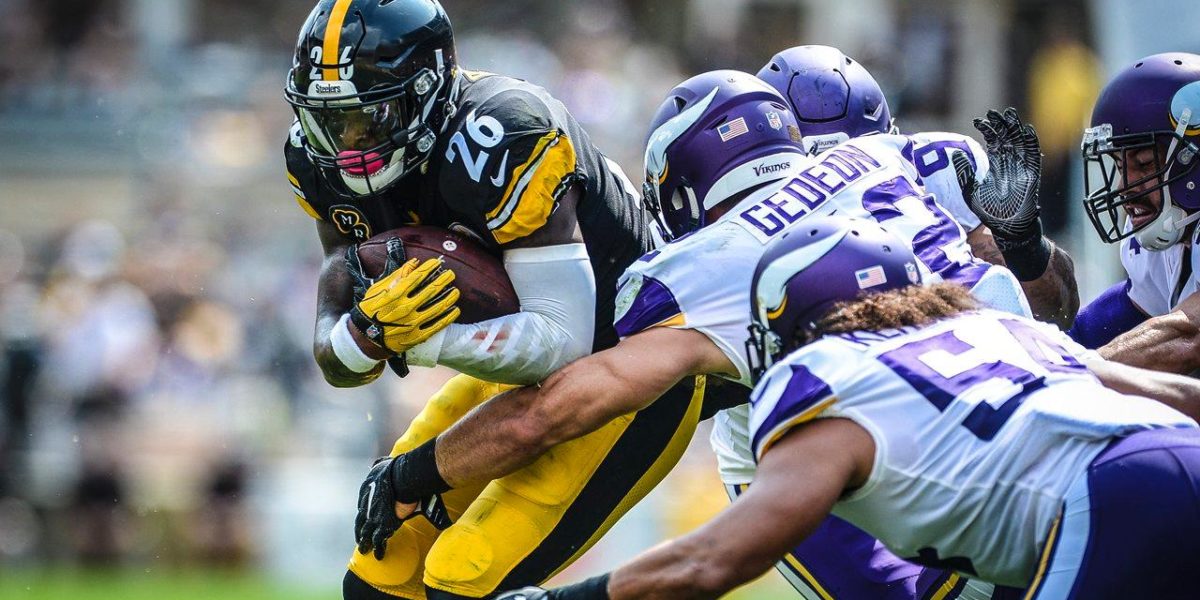 The Steelers opened their 2017 home schedule at Heinz Field in Week 2 against the Minnesota Vikings with a bunch of questions marks.

A week earlier, the offense often struggled against a Cleveland Browns team that had only won one game the previous year. Le’Veon Bell looked rusty, Martavis Bryant was non-existent, and if not for Ben Roethlisberger‘s uncanny connection with Antonio Brown, the team may have lost.

The difference maker in that game was a blocked punt recovered for a touchdown, which gave Pittsburgh the edge needed in a 21-18 victory.

Coming to town this time, was a Vikings team which dropped 29 points on the New Orleans Saints in Week 1. Vikings QB Sam Bradford looked like unstoppable, posting a 143.0 QB rating completing all but five of his 32 pass attempts with three touchdowns and no picks.

Unfortunately for the Vikings, Bradford was ailing and a game-time decision. Backup QB Case Keenum stepped in for Bradford, which was a sigh of relief for Steelers fans still concerned with the team’s performance against a first-time NFL quarterback, DeShone Kizer, a week earlier.

Could the Steelers repeat their 7-sack performance from a week before? How will they perform against the run and the pass? Could Pittsburgh’s offense finally fulfill it’s potential?

The answers to those questions were still left half unanswered, but with the promise of being better in a 26-9 win over the Vikings. Martavis Bryant scored his first TD of the season off a 27-yard Roethlisberger pass while JuJu Smith-Schuster made his first mark as a rookie with a four-yard score off of a shovel pass.

Ben Roethlisberger was the one who looked subhuman, however. Ben’s 99.5 passer rating in the first half was eclipsed by going 14-of-17 in the second half and ending his day with a 104.8 QB rating.

Overall, the Steelers appeared to be improving and stood atop the AFC North with a 2-0 start.

After scoring twice in Week 1, James would catch four of his five targets for 27 yards, further staving off new acquisition Vance McDonald for playing time. (McDonald was inactive for this game.)

In a not so common occurrence, Antonio Brown only caught five of his eleven targets for 62 yards. He and Ben weren’t on the same page this week and it showed.

If you thought 13 flags were a lot in Week 1, both teams would combine for 21 penalties in this one. The Steelers were tagged ten times for 72 yards while still trying to let their discipline set in.

6 tackles, 1.5 tackles for loss, and 2 quarterback hits (no sacks however) were the final tally for the Heyward, who returned in his second game back from being placed on IR in 2016.

Tyler Matakevich made special teams headlines again. A week following his blocked punt in Cleveland, “Dirty Red” sniffed out a would-be punt fake and broke up the intended pass.

Alejandro Villanueva and Marcus Gilbert both had to leave the game at times due to heat (and in Big Al’s case lingering illness). Backup Chris Hubbard came in and performed admirably in their place, playing on both sides of the line in the same game.

Martavis Bryant’s touchdown celebration sparked the “too much” conversations early in the season, as fans were still used to the draconian rules against flashy presentations. (If they only knew what was coming in the future!)

It felt like forever, because it was. Martavis Bryant would score the games first touchdown, putting the Steelers up 7-0. It was his first touchdown reception since January 9th, 2016 when the receiver made a flipping catch in the Wild Card battle with the Bengals.