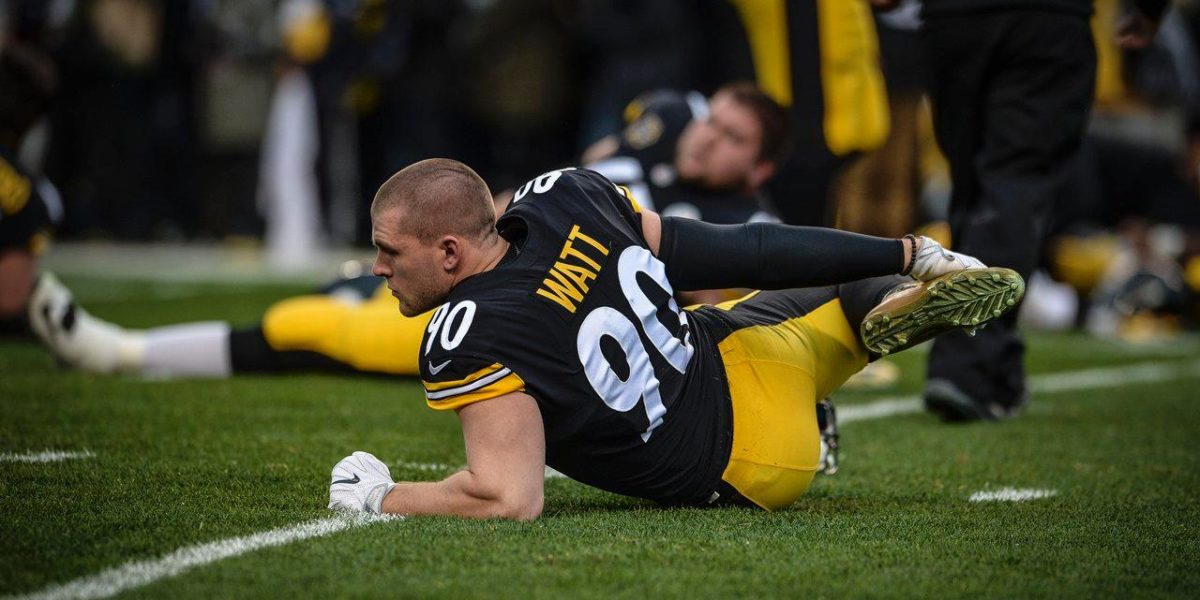 How has injury prevention changed in the NFL?

No matter which sport is being played, there’s always the inevitable risk of someone being injured. Heck, I was personally hurt several times playing a number of sports in high school.

Then I started thinking about the wear and tear on the bodies of professional athletes: specifically football players. We all know that football is probably the most violent of all sports played. Sure, there’s a risk of being hurt playing baseball or basketball (or even golfing) but the focus on concussions and long-term effects of playing football have become the hot topic over the last few years.

That’s why recently the NFL has spent millions of dollars researching ways to protect their players. Whether that’s through improved equipment or alterations to their rules, there’s never been as much focus on keeping athletes healthy as there has been in the present day.

Today, players are bigger, faster, and stronger than those who played even a decade earlier. Sports science has created situations where the risk of injury becomes even greater because players can hit harder, run faster, and are generally higher quality human machines than their predecessors.

By the same token, steps have been taken to help defend those players from sustaining an injury. Let’s take a look at some of the things being done to help prevent injuries at the pro level.

I can remember when wearing a white t-shirt or an “A shirt” (the tank top version of the same) was a suitable enough undergarment to wear when playing sports.

Then came the advent of wearing protective clothing such as compression pants, shorts, and shirts. Heck, you’ll even see some NFL players seeking to prevent injury by wearing an extra pair of compression socks underneath their standard issue uniform ones.

Compression clothing not only keeps the players’ muscles arranged in a certain way for maximum defense against injury, but they also ensure that blood circulates around their bodies more quickly and efficiently – which helps boost their game quality.

Some NFL teams have also decided to focus on clothing that promotes good posture, as this can deliver athletic advantages while also reducing the health risks associated with a slouched body position. (A men’s posture shirt available at tommiecopper.com is just one of the kinds of injury defense designs that NFL teams are looking into as part of their drives to encourage players to be as upright in their posture as possible.)

The slimming features of Nike’s NFL jersey designs also incorporate many of the same concepts as the compression clothing, with the added benefits of being lighter in weight and capable of whisking away sweat from the body (as opposed to the heavy fabrics of the past).

Helmets have also evolved. They’ve always been a part of an NFL player’s protective arsenal, of course, but in recent years these helmets have been optimized. Mouth guards and hard hats were a good start, but they didn’t really go far enough – especially given that the technology needed to provide players with better facial protection exists. (Don’t bother asking any old school kickers with single-bar facemasks about this topic, however!)

The recent introduction of the Vicis Zero1, a multilayered, highly-engineered helmet design that mitigates linear and rotational impact forces, is a prime example of what happens when everyone from neuroscience experts to engineers come together for a common goal.

The new helmet has several layers, including an exterior surface designed to take the initial shock if a ball hits the player, followed by a polymer layer as well as a harder interior layer to defend against the risk of serious brain damage.

This may seem like an obvious injury prevention topic to anyone who has played sports, but it’s perhaps as important as the equipment football players wear.

Perhaps it is more important.

Warming up properly is an essential part of the injury prevention process, but that process begins long before players enter the field for their pregame routine.

I struggled to accurately define this as “stretching” because some of the more technical terms may refer to the opposite of what you may have grown up doing. Gone are the days of touching your toes to warm-up your hamstrings. In fact, those static stretches are now part of a cooldown process used to begin the recovery process immediately following activity. Instead, players now perform brief dynamic motions to loosen their joints. Unlike yourself or I, who sit on the couch, the players are conditioned by strength coaches throughout the year, with everything from weight to heartrate tracked to make sure they also do not overtrain.

By the time players hit game day, they should already be loose and ready for action with very little preparation work needed prior to kickoff.

However, don’t mistake what the players do to prepare in their run-up to the NFL Draft with how they prepare for a sixteen game schedule. The draft is its own entity with a different type of activity. While exercises such as the bench press and broad jump can effectively measure a player’s athleticism, there’s a difference between training to bang out as many 225-pound reps as possible versus effective strength needed to tackle or break a tackle.

In that regard, training has been systematized in a way that was perhaps unthinkable when the league first began. NFL players now develop their muscles in a completely different manner, which is more focused on preventing injuries than bragging rights in the weight room. (Though there’s still plenty of that too.)

That leads to fewer injuries while training as well.

Perhaps the most controversial of the methods the NFL has undergone to protect its players is through changes to their playing rules.

Over the last few years, the traditional kickoff has started to look less and less like it’s ancestor. Staples such as the “wedge” have been entirely outlawed, the spot of the ball on a touchback has been moved from the 20-yard line to the 25, and now players will be prevented from getting a running start on their way downfield.

Atlanta Falcons President Rich McKay, the chairman of the competition committee had this to say about the changes to the kickoff rules:

We want to continue to try to improve the safety of it and preserve the play… And I think they’ve taken big steps toward that… We know we’ve begun to take steps.

We think the steps they’ve proposed really help also because it gets some of the bigger players off the kickoff team, which is something we’ve wanted to do for a long time.

While purists will pout over the kickoff changes, it’s the new targeting rule which may turn the world of football upside down. The league has been proactive in changing the way defenders tackle for years now. The current CBA has limited contact in practices, and specific “helmet hits” with the “crown” has also become illegal in recent seasons.

Following a major spinal cord injury to Steelers star linebacker Ryan Shazier, the NFL went to the well once more, adopting a targeting rule similar to that which college football uses. A poor tackle can result in more than a fine to the offending player, who could now be ejected.

That’s in addition to a 15-yard penalty, which may seem harsh when you consider some of the fines levied by Roger Goodell’s office during his tenure.

What makes the rule even more controversial is that it applies to anywhere on the field and not only the ball carrier. While this should clean up the play of some players who have taken advantage of certain situations (cough, cough, Vontaze Burfict) it may have the adverse effect of altering games when an official has a poor view or judges a game via slow motion video replays.

Regardless, it’s yet another set of changes the NFL has implemented in order to better protect their players for now and the future. In addition to wearing certain types of clothes to performing the right stretching exercises before the game begins, there is no guarantee a player will be protected for an entire game.

The updates should cut down the risk of injuries occurring, however, the game is still played at a fast and fierce level where avoiding injuries will never be 100% fully possible.