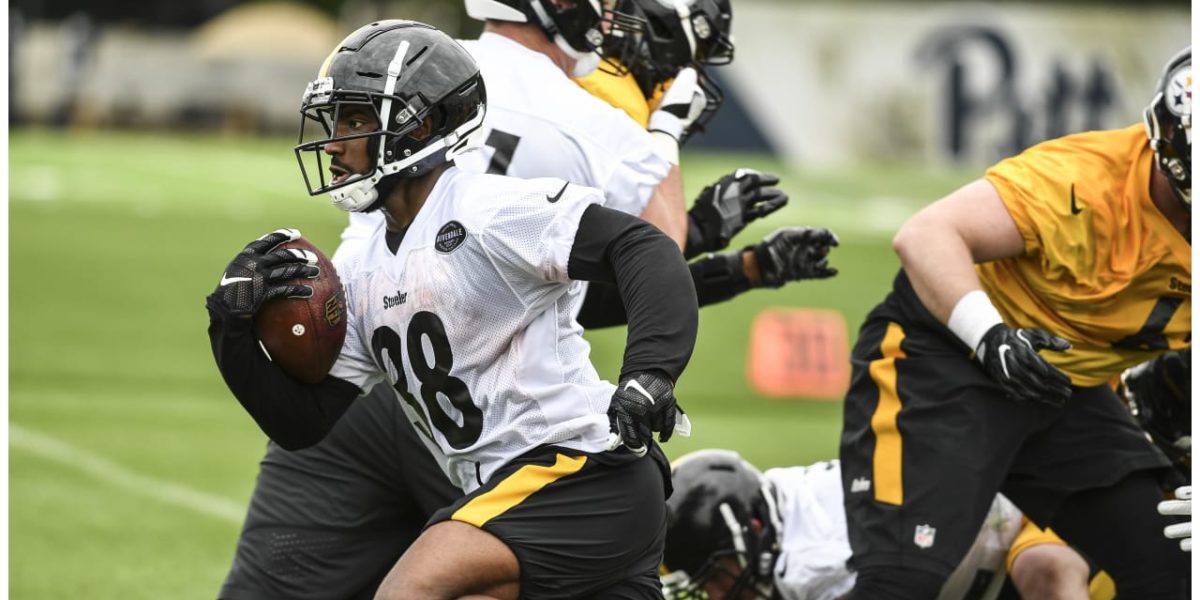 Steelers Camp Countdown is an article series aimed at preparing fans for the Pittsburgh Steelers’ 2018 training camp by focusing on players who will see competition at their position or players who may see action in a new role during the upcoming season.

With training camp right around the corner for the Steelers, there are several players that will be interesting to watch. The Steelers have many players who will be right on the edge of making the 53-man roster or not. One of those players is rookie Jaylen Samuels.

Samuels was drafted in the fifth round out of North Carolina State. His primary position in the league will be at running back but he also played tight end/H-back and served as a return specialist for the Wolf Pack. With his unique variety of positions, I’m sure the coaching staff will have their eyes on him heavily during camp.

What Does Samuels Bring to the Table?

As I just mentioned, Samuels’s main position in the league will be at running back. He was an outstanding run threat in his four years at N.C. State. He saw his biggest workload in the run game in his senior season. As a senior, Samuels finished with 407 yards rushing and 12 touchdowns off 78 carries.

Samuels also played a major role in the passing game for the Wolfpack.  He was the tight end/H-back in their offensive system. In his final season, Samuels finished with 75 receptions for 593 yards and four touchdowns.

Not only was Samuels a huge weapon on offense, but he served as a major threat in the return game as well. He saw his most action on special teams as a senior since he was the biggest play maker on the team. As a senior, Samuels returned nine kicks for 213 yards.

Who Will Samuels Be Competing With?

On the Steelers roster, they are already set at their top two running back spots. Obviously, Le’Veon Bell is the starter as he is the best running back in the league. Second-year player James Conner will serve as his back-up. With that being said, the Steelers typically keep three running backs on their 53-man roster so there is one spot open. Samuels will be competing with Stevan Ridley and Fitzgerald Touissaint for that final roster spot.

Ridley was signed on to the roster as a late edition last season. He joined the team in Week 16 after Conner suffered a season-ending injury. As Bell’s main back-up for the last two games and playoffs, Ridley accounted for 108 rushing yards and one touchdown. Ridley was a huge help against the Browns in Week 17 as the Steelers rested their starters, in which he finished with 80 yards and a touchdown off 17 carries.

Touissaint has been a regular on the Steelers roster as he has bounced on and off the 53-man roster for the past three seasons. Last season, he only carried the ball six times for 25 yards but he has been mainly used on special teams as a kick returner. That might be where him and Samuels are in competition the most as their special teams value will be highly considered.

My Prediction For Samuels

I strongly believe that Samuels will make the 53-man roster. This is mainly due to the fact that he can provide help at multiple positions. I believe that the Steelers will use him some on special teams as well as possibly putting him in for Roosevelt Nix in passing situations or use him as an extra tight end. He could also see some reps as a running back sparingly to try to get Bell and Conner some rest. Although I think he will make the 53-man, I wouldn’t put it past the Steelers to possibly consider bringing in four running backs so that they can keep Ridley as he has past success. Regardless of how much he contributes as a rookie, I believe Samuels is a name to watch for many years to come.