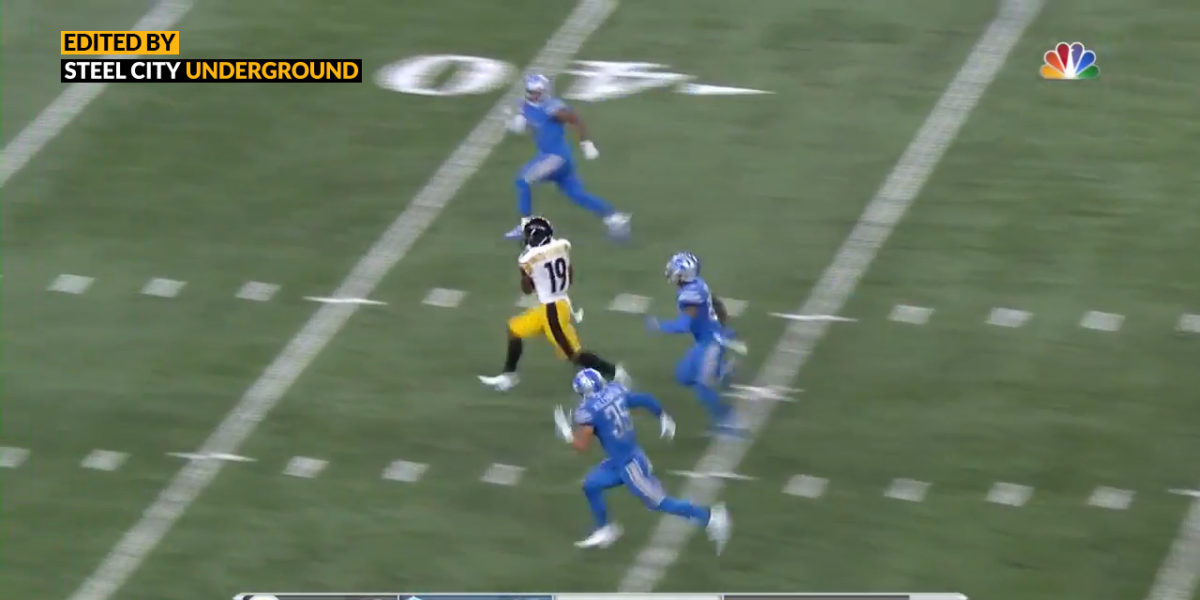 JuJu Smith-Schuster became everyone’s favorite adopted child in the Steel City over the course of the 2017 season. However, it wasn’t until Week 8 that the Steelers wide receiver had a coming out party for the ages, statistically that is, following weeks of spectacular touchdown celebrations.

A second-round draft pick last season, Smith-Schuster almost single-handedly crushed the Detroit Lions. JuJu would finish the night catching seven passes for 193 yards and this touchdown, which also happens to be the longest pass play in Steelers history. (Aalso tying a franchise record for the longest offensive play ever!)

The play would put the Steelers ahead 20-15, which would stand as the final score as Pittsburgh rallied to defeat Detroit on Sunday Night Football.