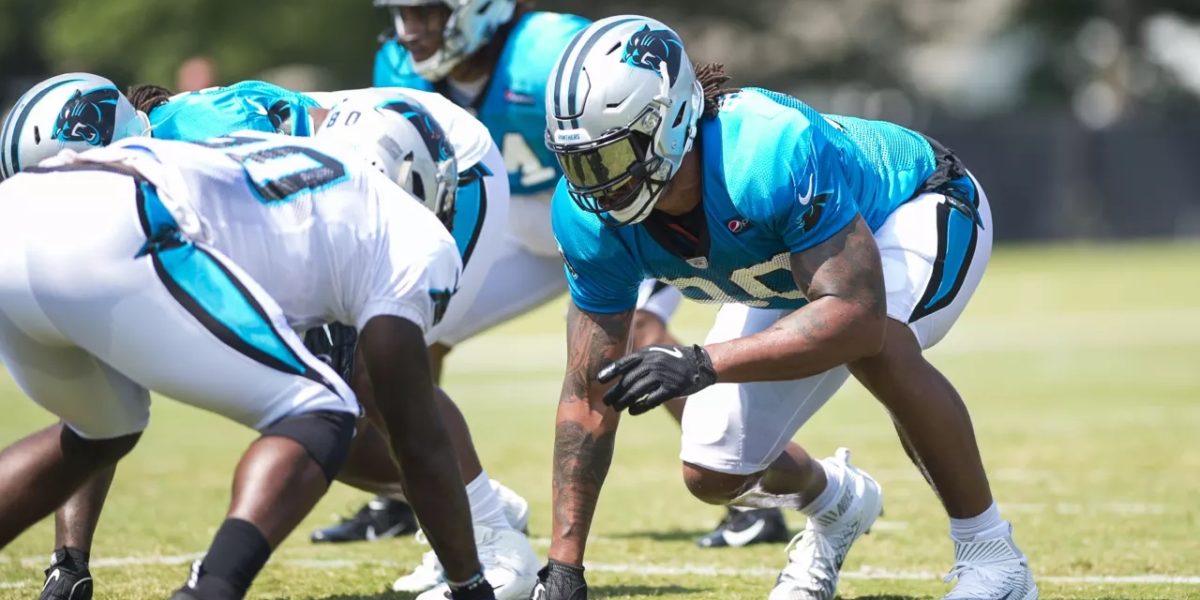 Scouting the Panthers ahead of final exhibition game for Steelers

The Carolina Panthers are looking to finish their 2018 preseason with a clean sweep, but they’ll have to win their fourth and final game at Heinz Field against the Pittsburgh Steelers. It would be the first time the team would remain undefeated in the preseason under head coach Ron Rivera and they’re focused on carrying a competitive group into the regular season. The Steelers are a familiar opponent; the two teams have faced off in 16 consecutive seasons. The Steelers are coming off of a win over the Tennessee Titans. Both teams will use this final preseason game to determine their 2018 regular season roster. Here are some things to look for from Carolina in Thursday night’s game.

Rivera was clear on Monday that it isn’t the Panthers’ starters that will get the majority of snaps as the team is looking to keep their core players healthy to host the Dallas Cowboys in Week 1. “If you look at the back part of each positional group,” Rivera said, “there are two or three guys that deserve an opportunity.” There are some heavily contested spots on the Panthers’ roster and the final cutdowns from 90 to 53 players on September 1 are looming. “This is a big game for a lot of those young men and I’ve been trying to stress that for these guys. Hopefully, they understand just how important the opportunity is for them to get out there and show their best.”

Kenjon Barner is just one player on the bubble. Barner, as a running back, has kick-return ability, but with Christian McCaffrey and C.J. Anderson, Barner would have needed to look sharper. Last Friday, Barner caught a single reception against the New England Patriots and rushed twice for a total of six yards. Barner will likely compete with Elijah Hood to remain on the roster for 2018.

Receiver Damiere Byrd is in a similar position. Against the Patriots, Byrd returned a punt for 30 yards and showed good speed, but rookie D.J. Moore also handled punt-return duties. Again, the Panthers have a deep roster and wide receiver, similar to running back and special teams returners, making Thursday night’s game Byrd’s last opportunity to show why he should make the team by passing Jarius Wright and David Funchess on the depth chart.

The Panthers have all but locked up their defensive end and tackle positions. Veteran Julius Peppers and Wes Horton will take one end and Mario Addison and rookie Marquis Haynes will play opposite them. Addison is the team’s choice for their “joker” subpackage for his ability to drop into coverage with the speed to burst to the ball. Dontari Poe and Kawann Short are the interior linemen with Kyle Love and Vernon Butler as their backups. That leaves Bryan Cox, Jr., and Daeshon Hall battling for what looks the be the final spot. Last week, Cox looked to have the edge by showing good performance against the run and applying pressure. Hall, a fourth-round pick in the 2017 NFL Draft had two tackles against the Patriots but hasn’t stood out this preseason. The Panthers could use him as trade material for their thin offensive line.

Areas where depth is thin or uncertain

One of the biggest concerns the Panthers face is an offensive line that has been beleaguered by injuries. Both left tackle Matt Kalil and right tackle Daryl Williams, likely locks for the team this season, are week-to-week. Veteran guard Amini Silatolu is recovering from a torn meniscus with Jeremiah Sirles suffering a hamstring injury last week. That puts pressure on Taylor Moton, Greg Van Roten, and Blaine Clausell to show more this week. It’s highly unlikely that tight end Jason Vander Laan could transition to the offensive line at this point, which means Carolina is highly likely to be combing the waiver wires for free agent hires.

The defensive backfield certainly has not been carved in stone yet for Carolina. The Panthers are likely to keep nine defensive backs. Mike Adams, Da’Norris Searcy and Rashaan Gaulden look to have locked up the safety spots. Rookie cornerback Donte Jackson looks to be secure behind cornerback James Bradberry. Captain Munnerlyn should be the nickel-back with Colin Jones able to be versatile at that position and on special teams. That means Thursday night is likely critical for Lorenzo Doss, Kevon Seymour, Corn Elder, Dezmen Southward, Demetrious Cox, LaDarius Gunter and Alex Carter.

The big news was the return to practice of Peppers, but rookie linebacker Andre Smith has done everything he could to be ready for the preseason finale against the Steelers. “I feel like I was climbing, and then the injury happened,” Smith said earlier this week. “This game coming up against Pittsburgh, it’s going to be the young guys playing the majority of it, so that’s my opportunity.” In Smith’s absence, fellow rookie Jermaine Carter (fifth-round) has played well.

“We have a lot of linebackers that can play, that have experience, so special teams is where I’ve got to make my money,” Smith said. “If that’s how I can help this team win, I’ll go down there and give Super Bowl effort every time.”

Defensive end Efe Obada, part of the NFL International Player Pathway program, is hoping he isn’t headed back to London (England) to return to his security guard position. “(Obada has) been a sponge,” said defensive coordinator Eric Washington. “He’s always asking for extra stuff, whether in the classroom or out here at practice.”

The Panthers have yet to settle who will be Cam Newton‘s backup at quarterback. Garrett Gilbert and Taylor Heinicke are both battling to replace Derek Anderson for the coveted spot. Heinicke is reported to take the first quarter snaps against the Steelers with Gilbert entering in the second quarter. Rivera wants undrafted rookie Kyle Allen to handle all of the snaps during the second half of the game.

Heinicke gets the start on Thursday with Gilbert to follow. Here's how each QB has graded this preseason