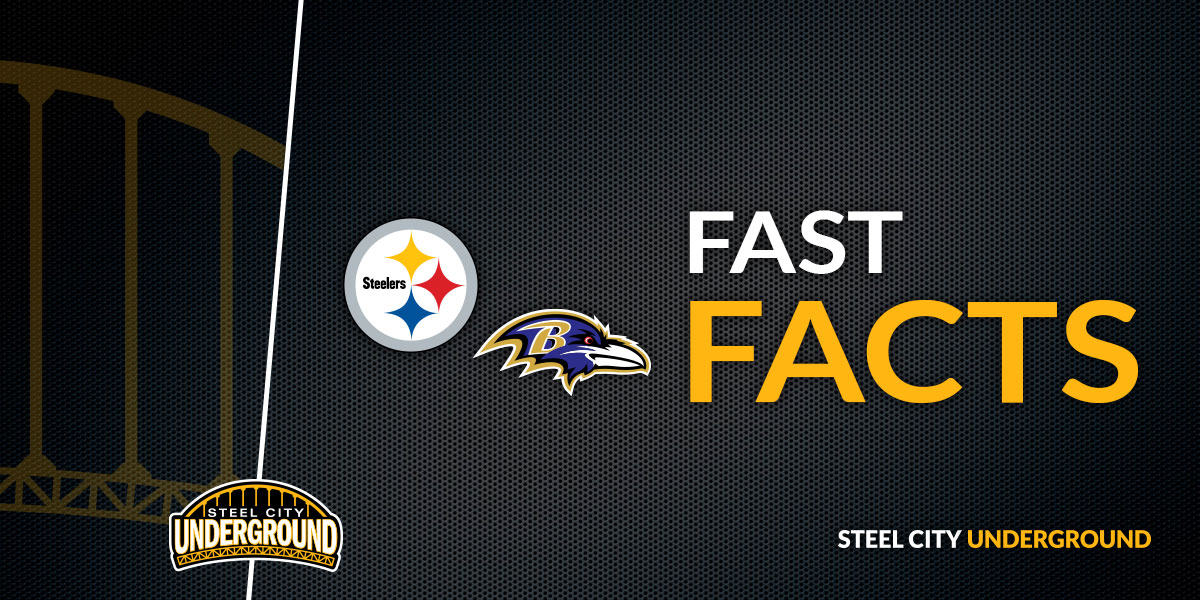 MyBookie’s NFL betting line has the Steelers -3, with a 50.5 over/under.

Join now and MYBookie will match your deposit dollar for dollar!
Visit http://bit.ly/StillCityMB to sign up: and don’t forget the special promo code for our SCU Podcast listeners!

This week’s game will mark the 45th regular-season meeting between Pittsburgh and Baltimore…the Steelers own a four-game advantage in the regular-season series against the Ravens (24-20)… Sunday night’s game will be the 23rd time the two teams will meet in Pittsburgh, where the Steelers won four of the previous fi ve meetings…the two teams have met nine times in the month of September during the regular season, with the Steelers holding an 5-4 advantage in the month vs. the Ravens, including a 3-1 mark at home in September….Sunday night’s game will mark the 16th time the Steelers and Ravens will have squared off in a primetime game in the regular season (8-7):