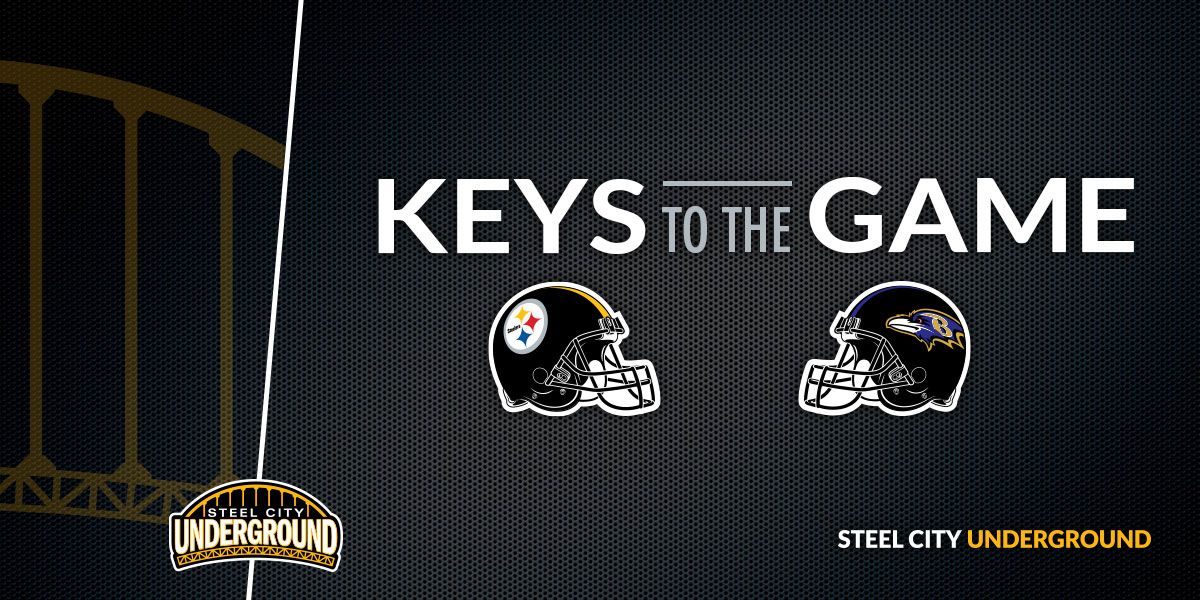 As the black and gold sit 1-1-1, they find themselves playing for first place on Sunday Night Football against the 2-1 Ravens, their bitter rivals.  The Ravens come into Heinz Field with confidence and ability, while the Steelers are amped to build on the momentum they gained with a Monday night win in Tampa Bay this past week. All bets are off when these two teams get together and it usually comes down to the final drive. I don’t expect anything different this go around.

Here are the keys to victory

It’s insanely obvious at this point, but the Black and Gold need to eliminate the penalties. Averaging over 12 per game through the first three weeks is not acceptable. They need to be smart and not allow the game to get out of control. Free yards cannot be handed out in a battle that is expected to go down to the wire.

Special teams will be the difference in this game and it will be time for Chris Boswell to make his kicks. The team cannot afford any more missed field goals or extra points.

Offense is the best defense

The defense is still a frightening sight and one I don’t trust. The Steelers must use their offense as their best form of defense. A ball control, grind it out with James Conner style may be the key to winning in the end.

Artie Burns and Coty Sensabaugh need to step up and provide Joe Haden some help. Joe Flacco has a big arm and he’ll make Burns and Sensabaugh pay if they let their man behind them.

Here are a few things to watch

He’s playing well on every other game basis right now. He’s due for an off game, can he play well two in a row?

He’s always lights out in prime time and against the Ravens, he’s even better. I expect a masterful game from him.

He’s been rolling through the first three weeks. How will the Ravens cover him and will he free up some opportunities for Antonio Brown?

The Ravens vs. Steelers rivalry is always a hard-hitting, close game that typically comes down to the wire. I expect the Steelers to come out motivated and will win under the lights at Heinz Field.  24-23

One response to “Steelers, Ravens Week 4 Keys to the Game”