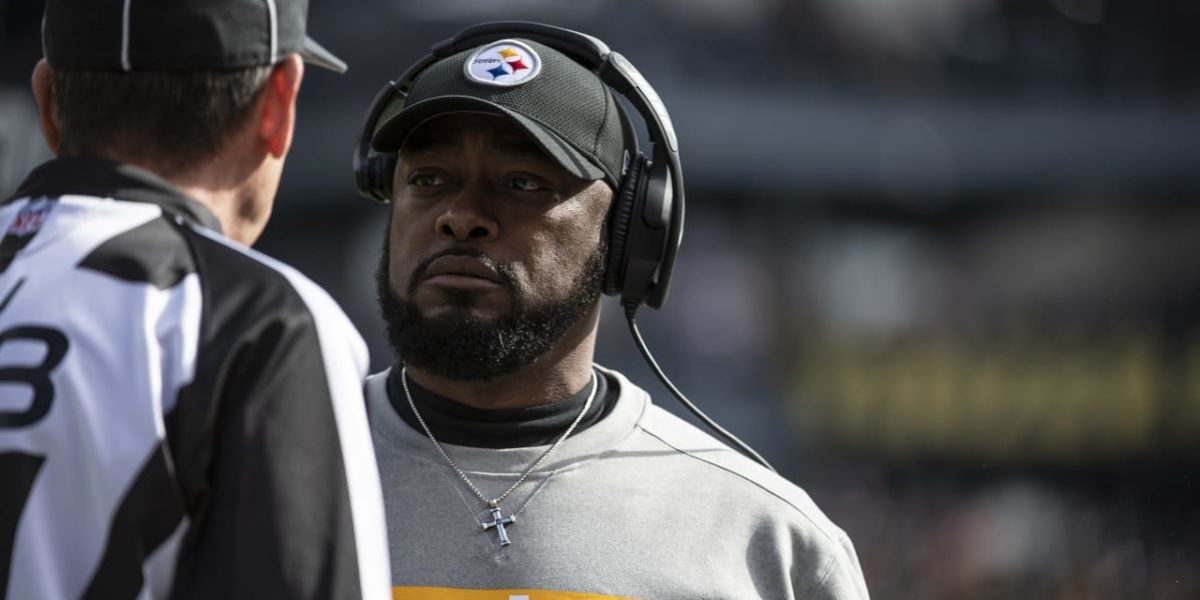 Mike Tomlin comments on Steelers victory over the Cleveland Browns

Pittsburgh Steelers head coach Mike Tomlin held a press conference immediately following the Steelers game. Here’s a breakdown of of the coach’s comments about their performance.

I appreciate the efforts of the guys today, big divisional game at home. Didn’t start as fluidly as we would like. We accept responsibility for that, penalties and so forth. Lost a couple third downs, but the guys didn’t blink. We even turned the ball over some, and those are things that we talked about in terms of how this team stays in football games.

Obviously not excited about the start in terms of the game unfolding in ways that we didn’t want it to, but liked the resolve of the group and allowing our playing to unfold in spite of that.

Got a couple of injuries, Ben [Roethlisberger] has an index finger injury on his left hand. Coty Sensabaugh has a left foot injury. Those guys are being evaluated.

Were you concerned about the slow start of the offense?

Did you expect James Conner to be this impressive this early in his career?

Yes. I had a front row seat for his college exploits, so not that we are surprised by his talents, play demeanor, or his displays of will. Pretty impressive.

How big was that drive before the end of the second half?

It was critical and just the way we managed the moment at the end and got seven. Tip of the cap to Ben and those guys to not let the moment get to big for them and maintain focus and execute, it was critical.

Re: Not recovering the ball during the free kick

We screwed it up.

What changed defensively after the first quarter?

Nothing. They hit screens in some perimeter ball early and they converted a third down or two. I thought we could’ve done a better job of keeping him in the pocket.

It seems like that was creating plays for him when he was escaping the rush and extending plays. I thought once we got that under control, I felt comfortable with where we were.

Re: What was it like for you dealing with what happened in your community, and how big it is for the team to get a win for the city to celebrate?

I’m not going to make it about me or about us. We’re just glad we are here to serve our community if we can in some small way.

Is it a struggle for you and the team to harness your emotions?

I probably live 800 yards from that church. Yes.