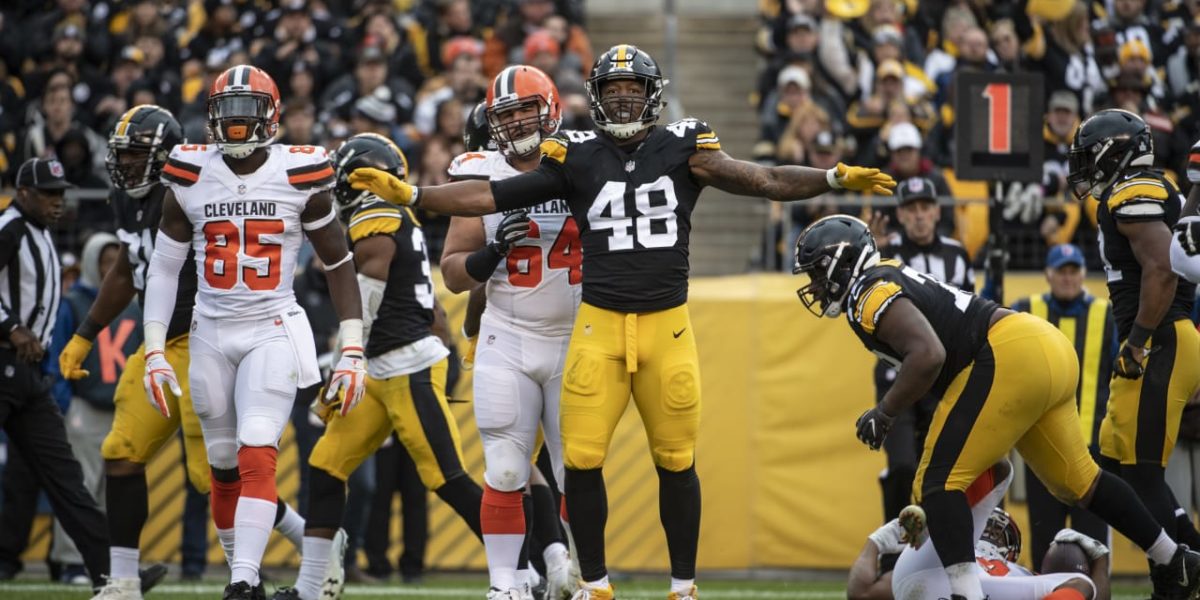 The Steelers had their way with the Cleveland Browns this past Sunday in a 33-18 game. It wasn’t pretty at first, but the Pittsburgh has a lot to be excited about heading into next week’s contest against the Ravens. Here are my winners and losers from the Steelers win over the Browns:

What’s not to love about James Conner. Sure, he has the whole backstory as a cancer survivor, but he is also a terrific football player. Conner had close to as many yards as the entire Browns team on Sunday (212) and also punched in his 8th and 9th rushing touchdowns of the season. Conner is legit.

Brown has returned to his usual self – catching 6 of 8 targets for 74 yards and 2 touchdowns. Brown helped pave the way early on for an easy Steelers win this past week.

Tuitt was dominant against the run and pass vs the Browns. After a sluggish first drive by the Steelers defense, Tuitt led a vamped-up front seven to an amazing performance against Cleveland. He finished with 7 tackles, a sack, and 2 tackles for loss.

It must be something about playing the Browns, but T.J. Watt goes off on Cleveland. Watt was fired up and came up big with 7 tackles, a sack, a tackle for loss, and a handful of pressures.

Dupree hasn’t often made the winners list for me, but he had an excellent game against the Browns. Though he didn’t record a sack and his stat line was very modest (4 tackles and 1 tackle for loss), Dupree was running through rookie Desmond Harrison all day and made Baker Mayfield uneasy in the pocket.

Haden had a fantastic interception to go with 2 tackles for a loss and 2 pass deflections. Yet, his stats still don’t do justice for how good Haden was in this one.

There wasn’t a lot to complain about in this game, but special teams makes this list. The Steelers began the game by giving up nearly a 50-yard kick return (though it was nullified with a penalty). In the second half, they allowed a free kick to hit the ground and apparently didn’t understand the rules. Though the Browns recovered, it, fortunately, didn’t impact the final result in this one.

Williams hasn’t been fantastic as of late. Despite playing in the middle of the defense and barely coming off the field, Williams garnered only 4 tackles and was responsible for giving up several long runs. Vince can blitz, but his range and ability to play in space are very limited.

JuJu wasn’t heavily involved in the offense this past week but failed to make the most of his 6 targets – cashing them in for just 33 yards. Again, not a lot to complain about – just nitpicking.

One response to “Steelers Week 8: Winners and Losers”