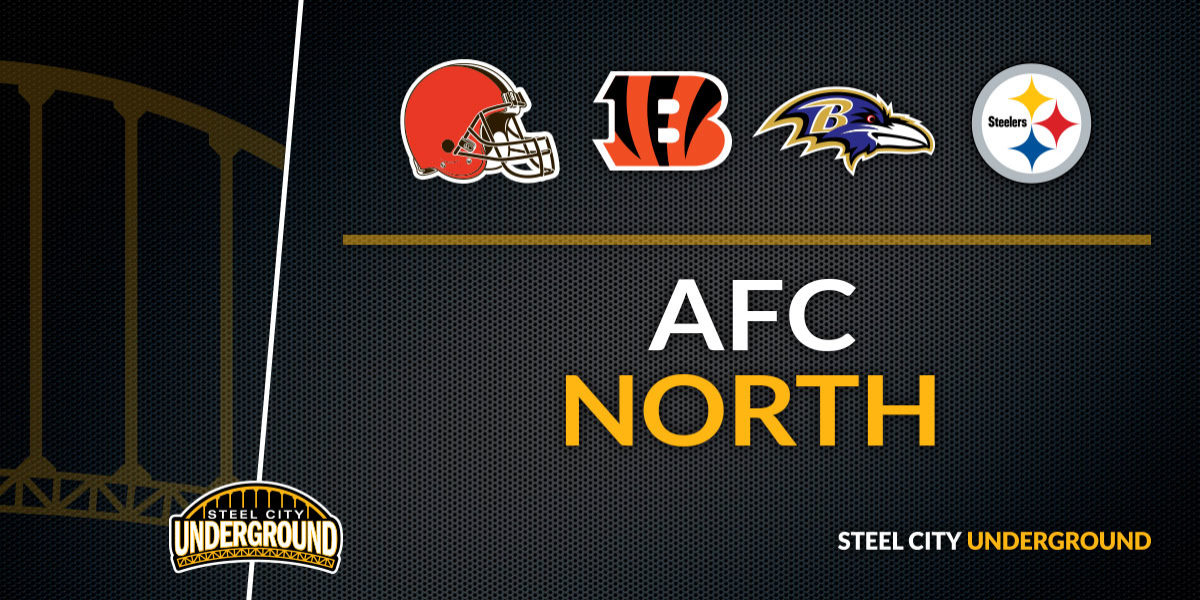 In our pregame analysis of the eighth week of the 2018 NFL regular season for the teams in the AFC North, we noted that the Baltimore Ravens would need outstanding defense to keep the Carolina Panthers contained, that the Cincinnati Bengals would need to harass Jameis Winston and give Andy Dalton the help he needed on offense, and predicted that there would be a definitive winner in the second meeting between the Cleveland Browns and Pittsburgh Steelers after the pair tied in Week 1. All of those insights were spot-on, so let’s wrap up Week 8 and recap what happened and what the division looks like moving forward.

Bengals win by a claw in a nailbiter

It sounds silly, but it’s true. Cincinnati entered Sunday’s contest having lost two gut-wrenching games in back-to-back weeks (to the Steelers and the Kansas City Chiefs) and was looking for redemption. Tampa Bay, who has had a bit of an identity crisis in 2018, went down early but righted their ship to nearly steal a win at Paul Brown Stadium. What was a big lead suddenly turned into the Bucs storming back and the Bengals desperately hoping to hold on for the win.

The Bengals offense was firing with Joe Mixon burning up the turf in the ground game and Dalton finding Tyler Boyd again and again to create a performance that saw Cincinnati finish the first half of the game with 307 yards of offense and four touchdowns, leading 27-9. Boyd and Mixon had their 100-yards (112 and 114 respectively) in their statistical categories.

Then things got topsy-turvy and a bit unpredictable for both teams. DeSean Jackson burned William Jackson deep. Adolphus Washington earned his first sack as a Bengal when he dropped Jameis Winston. The Cincy defense couldn’t keep running back Peyton Barber out of the end zone, though, and the soon the lead was reduced to 27-16. As the Bengals defense kept getting bit by injuries, they nearly gave up the game when Winston was benched due to poor play – he was picked by Jessie Bates and Jordan Evans –  and Ryan Fitzpatrick entered the game.

In four possessions, Fitzpatrick worked his magic for 18 points. In the second half of the game, the Bengals offense was forced to punt five times and their defense allowed 25 brutal points. With just around a minute remaining on the game clock, the teams were tied at 34-34.

Cincinnati can thank a 23-yard toss from Dalton to A.J. Green that set up a nice angle for Randy Bullock to nail the game-winning field goal. As they head into their bye, there are about a million things this Bengals team needs, including some healthy squad members.

Loss a “punch to the gut” per Ravens’ Yanda

To beat a surging Panthers team, the Ravens entered the game understanding that it would require their defense come up big in stopping Cam Newton if they hoped to give Joe Flacco a chance to put points on the scoreboard offensively. What happened? Not that. Behind a battered offensive line that was minus Alex Lewis and James Hurst, Flacco finished the day with just 22-of-39 passes completed for 192 yards and two interceptions. “It was definitely a punch to the gut,” offensive guard Marshal Yanda said after the loss. Flacco was sacked twice for a loss of 14 yards but was able to toss one pass for a touchdown in a game that saw Lamar Jackson enter and Flacco’s rating posting at 56.8 to Newton’s 116.9.

Without Marlon Humphrey (thigh), the Ravens weren’t able to generate much defense either. Newton was able to run the Panthers offense with little-to-no real pressure from Baltimore. “Mentally and physically, we lost this game,” C.J. Mosley said following the loss. “At the end of the day, we know what we have to do next week.” After entering the game leading the league in fewest yards and points allowed on defense, not to mention being the leading defense in sacks, Baltimore left too many plays on the field and Newton took advantage. Newton was able to keep them guessing with misdirection plays and led the Panthers in rushing (ten carries for 52 yards and a touchdown) in addition to passing (21-of-29 for 219 yards, two touchdowns, zero interceptions).

Suddenly, Baltimore is looking at a meeting with AFC North rival Pittsburgh that could result in them falling below .500 and going to 1-3 in the division heading deep into the season with some tough opponents still left to be played on their schedule.

The Browns are… back to being Brown-like

The Steelers weren’t concerned about all the changes Cleveland had made with their roster between their meetings in Week 1 and Week 8. In fact, regardless of any changes, the Steelers made it clear that they were moving full speed ahead with the team they roll with, so to speak. No Le’Veon Bell (yet again)? No problem. James Conner just grabbed the ball and rushed for around the same amount of yards the entire Cleveland offense produced (and added two touchdowns). T.J. Watt ate and ate and ate, walking away with seven tackles, a sack, one tackle for a loss and about a billion pressures. Add Joe Haden‘s two takeaways and the Steelers looked like champions (in those throwback jerseys, too).

So, I may sound biased but the Browns are looking very Brown-like after the loss. With news that Hue Jackson and Todd Haley are both out the door, it makes you wonder how Baker Mayfield feels about the culture in Berea now. The trade deadline has now passed and the Browns made no moves before time ran out despite Browns general manager John Dorsey saying – in the press conference that addressed the firings of Jackson and Haley – that he’d be working the phones in order to improve Cleveland’s football team. Things look bleak after an early run that had fans across the NFL excited for the Cleveland Browns in general.

The next opponent for Cleveland is the Chiefs… yes, those Chiefs.