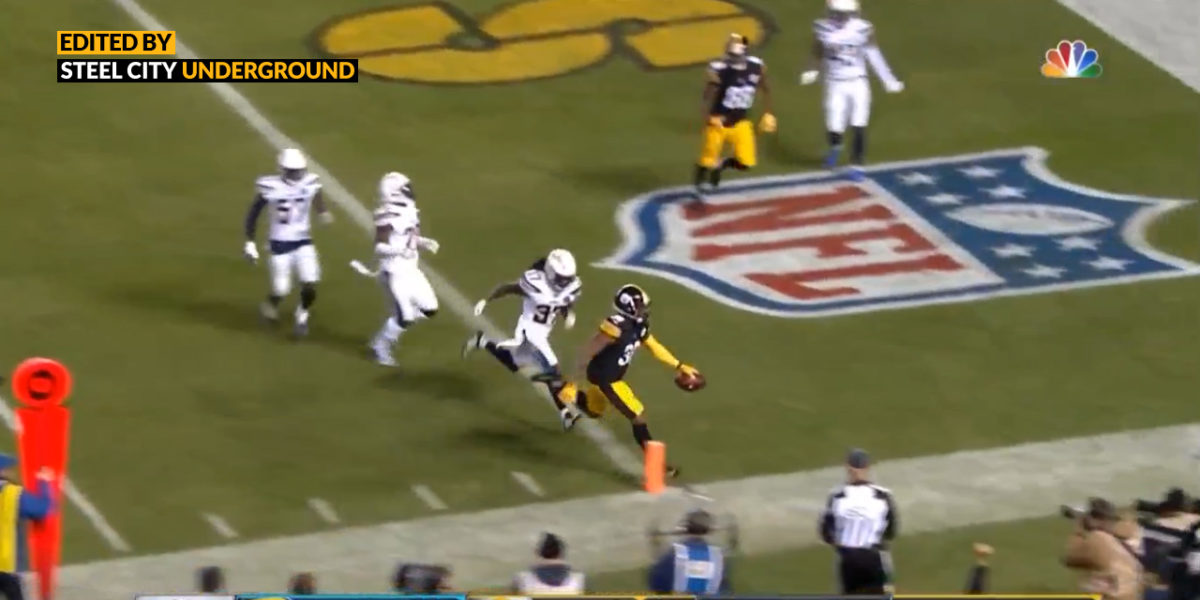 On Sunday night, Pittsburgh Steelers running back James Conner had another strong performance against the Los Angeles Chargers until he was forced to the locker room late in the fourth quarter due to injury. Unlike other games this season, however, counterpart Jaylen Samuels got involved more in the offensive scheme and it made a difference late.

Lined up to the left of Ben Roethlisberger in the offensive backfield, Samuels allowed the receivers to pull the defenders and slid into the soft zone in the middle of the field. Roethlisberger was able to make the easy toss and although Samuels bobbled the catch a bit, he was able to secure it in time to scamper into the end zone for the touchdown.

Samuels’ touchdown and the subsequent Chris Boswell field goal would tie the game at 30-30 with just over four minutes left in regulation.