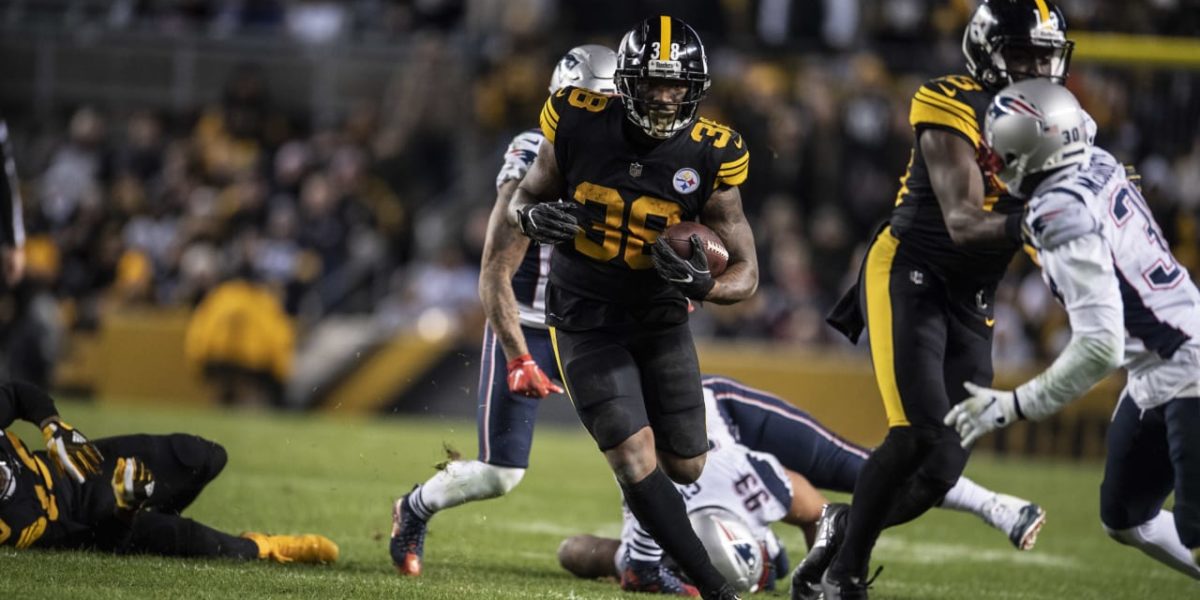 The Steelers did the unthinkable this past Sunday; they finally took down the New England Patriots. Who would have guessed that in a game where Ben threw 2 interceptions in enemy territory and with yet another Boswell missed field goal, the Steelers would come out on top against Tom Brady and Bill Belichick. The defense put up it’s best performance of the season – holding New England to just 10 points. Here are my winners and losers from the Steelers win over the Patriots.

What a performance from the 5th round rookie running back out of North Carolina State. In the absence of James Conner (and in the biggest game of the year for the Steelers), Samuels stepped up with a massive performance – rushing for 142 yards on just 19 carries and collecting both of his targets for 30 receiving yards. His performance will not go unnoticed and I fully expect him to be part of the game plan – even when Conner returns from an ankle injury.

T.J. Watt is quickly becoming the best and single most important defenders on the Steelers defense. Though he recorded only 1 sack, Watt was relentless in getting after Tom Brady all afternoon. He recorded 3 quarterback hits and a tackle for loss in addition to his sack, and was the main reason why Brady had such a hard time getting anything going in the passing game on Sunday. Watt now has 11 sacks and is quickly emerging as an NFL star.

Though Haden gave up a handful of receptions against the Patriots, this was probably the best game of his career (and it couldn’t have come at a better time for the Steelers). Haden led all Steelers with 12 tackles and pitched in 2 pass deflections and the play of the game: an amazing sideline interception in traffic. Haden’s pick saved at least 3 points for the Steelers and ultimately helped seal the victory.

The 2018 2nd round pick has been struggling all season long, but Sunday was a different story. In the most important game of his young career, Washington stepped up huge – leading all Steelers receivers with 65 yards and averaged 21.7 yards per catch. Washington had a terrific grab over a Patriots defender deep down the sideline and his confidence seems to be soaring. Between him and Samuels, it was the tale of two rookies this week in Pittsburgh.

Since we are talking about rookies, let’s not forget about first round safety, Terrell Edmunds. His performance may have gone unnoticed by many against the Patriots (6 tackles). Edmunds didn’t make any splash plays, however, he played a large role in the game plan for shutting down Rob Gronkowski. A player that often made the Losers list for me early in the season is now finding himself on the other side of things in recent weeks.

After a dismal rushing performance in Oakland last week, the offensive line helped make up for it in a big way. David DeCastro and friends helped flatten Patriots defenders and paved the way for the Steelers to rush for 158 yards on 6.3 yards per carry. Though Ben was sacked twice in this contest, it was the big guys up front who deserve a lot of credit for this win.

Tomlin lost his 10th straight challenge on Sunday, and elected to start Artie Burns and give him first team reps in practice all week only to play him on one defensive drive. Enough said.

Mike Tomlin will tell you that Burns wasn’t responsible for the 63-yard touchdown to Chris Hogan on a blown coverage. But then again, he never recorded a snap after the first drive of the game. Whatever the reason, Burns just isn’t very good. At this point, it doesn’t matter that he was taken in the first round of the 2016 draft. It’s time to cut your losses and move on.

Ben could have played worse against the Patriots (we’ve seen him at his worst), but he also could have played much better. Roethlisberger threw his 14th and 15th interceptions of the season against the Patriots – both on drives in enemy territory that would have (in all likelihood) resulted in points for the Steelers. The poor decisions continue to mount up. Fortunately, it didn’t end up costing the Steelers this week.

I know Boswell rebounded and made a key field goal late in the game. Correct me if I’m wrong, but in what universe is kicking 50 percent in a game considered good? Boswell had yet another chip shot miss against New England – increasing his total to 14 missed kicks (field goals and extra points) on the season.  After kicking over 92 percent just last season as a Pro Bowler, Boswell has hit rock-bottom – converting just 61 percent of field goals this year.